The plastic to hydrogen facility, is the first part of the ‘Plastic Park’ planned at Protos, which will revolutionise the way that plastic waste is currently handled 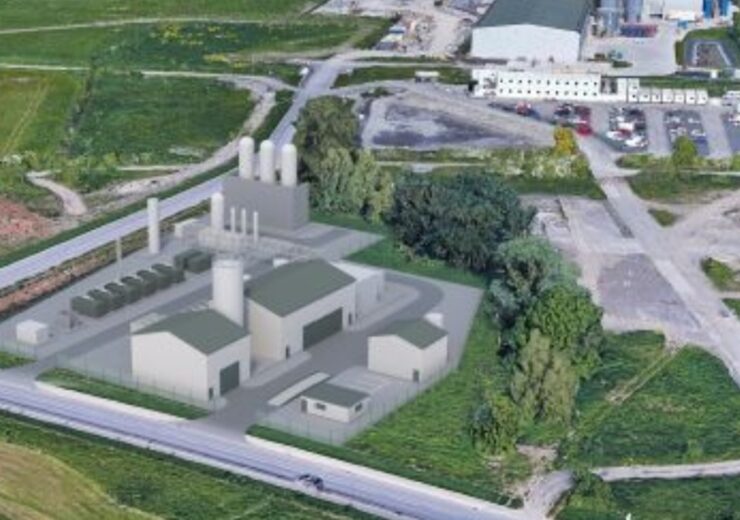 The Front End Engineering Design (FEED) phase has been completed on the UK’s first waste plastic to hydrogen facility. The facility, which is planned for Protos – Peel L&P Environmental’s strategic energy and resource hub in Cheshire – will create hydrogen from waste plastic which could be used to fuel cars, buses and HGVs.

Completed during lockdown, the study assessed all the design and engineering aspects of the proposed facility. It also evaluated the total project costs – estimated at £20m – which will facilitate Peel L&P Environmental finalising the project financing.

The ‘UK first’ facility which gained planning consent from Cheshire West & Chester Council in March 2020 will use pioneering DMG (Distributed Modular Generation) technology developed by Powerhouse Energy Group plc (AIM: PHE) at Thornton Science Park, next door to Protos. The facility will transform the way plastic is dealt with regionally, with the scheme also set to provide a blueprint for future projects to be rolled out nationally. Peel L&P Environmental will develop 11 facilities across the UK in the next few years and has the option of exclusive rights to the Powerhouse Energy technology in the UK leading to over 70 facilities in total.

The plastic to hydrogen facility, is the first part of the ‘Plastic Park’ planned at Protos, which will revolutionise the way that plastic waste is currently handled. Envisaged to be one of many Plastic Parks across the UK, it will provide a comprehensive solution for the 4.9 million tonnes of plastic waste generated in the UK each year, preventing it ending up in landfill, exported overseas or in the ocean. A planning application for the first Plastic Park at Protos is expected before the end of the year.

Richard Barker, Director at Peel L&P Environmental said: “This FEED phase is an important step forward in delivering this innovative technology at Protos. Working with Powerhouse Energy we’re creating a blueprint for this UK first plastic-to-hydrogen facility, with plans to roll out over 70 more across the UK. With hydrogen increasingly being seen as an important part of our journey to net zero the time is now.”

Jayne Hennessy, Development Manager at Peel L&P Environmental added: “The Powerhouse Energy technology was developed right next door to Protos at Thornton Science Park which illustrates how the North West is leading on innovation around net zero. It’s great to see the project moving forward and paves the way for construction starting later this year.”

David Ryan, CEO of Powerhouse Energy said: “I would like to congratulate Peel L&P on bringing the FEED phase for the DMG plant at Protos to a successful completion, especially during the lockdown period which is a significant achievement. Defining the application at Protos has provided further commercial and technical validation of our DMG technology. We are confident that the delivery of this first commercial plant will provide a community based distributed source of hydrogen to further the hydrogen economy in the UK.”

Peel L&P Environmental is engaging with supply chain partners to support the project with construction expected to start later this year. The company is also in the process of applying for an Environmental Permit for the facility.