Marine oil spillages have occurred throughout the history of the industry, and have been a key point of concern for environmental groups 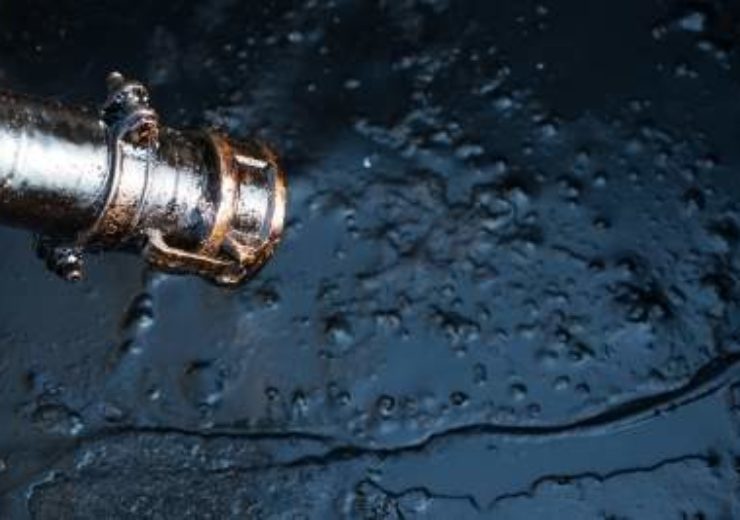 An offshore oil spill is the release of liquid petroleum hydrocarbon into the ocean or coastal waters. (Credit: anankkml/FreeDigitalPhotos.net)

An oil spill can have serious environmental repercussions for marine ecosystems, as well as being extremely costly to clean up.

Despite advances in technology to minimise the risk of spillage, the complex systems involved in oil extraction, transportation and storage mean there is always a possibility of equipment failure that can lead to a catastrophic leak.

Here is a list of some of the biggest oil-spill incidents to have occurred throughout the industry’s history.

Occurred in April 2010 in BP’s Macondo oil and gas prospect in the Gulf of Mexico, the Deepwater Horizon oil spill disaster led to the release of 4.9 million barrels of oil into the water.

It is regarded as the largest marine oil spill in the history of the petroleum industry. On 20 April 2010, a massive explosion occurred on the Deepwater Horizon semi-submersible offshore oil rig that was working on a Macondo exploration well.

The explosion resulted in the ignition of hydrocarbons that were released to the surface.

Due to failure of the blowout preventer (BOP) device to seal the well, the oil and gas flow was not controllable. Burning continuously for 36 hours, the rig finally sank on 22 April 2010.

To prevent the oil leakage, a sealing cap was finally bolted on top of the blowout preventer on 15 July 2010. The disaster resulted in the death of 11 people.

Also known as the IXTOC I oil spill, the Sedco 135F disaster led to the release of 3.5 million barrels of oil into the sea. The disaster occurred in June 1979 in the Bahia de Campeche (Bay of Campeche), an inlet of the Gulf of Mexico.

The Sedco 135F offshore oil rig was drilling the IXTOC I well for Mexican company PEMEX when the disaster took place. The main cause that led to the oil spill was the loss of circulation of heavy fluid, which acted as a lubricant for the drill.

The disaster occurred on 19 July 1979 following the collision of two fully loaded large crude oil carriers nearly 16km off the coast of Tobago. The oil carriers were the Atlantic Empress and the Aegean Captain.

The accident caused the death of 26 people and burnt the entire body of the Atlantic Empress.

Releasing 1.9 million barrels of oil into water, the two oil spills occurred in the Nowruz oil field located in the Persian Gulf, Iran, in 1983.

On 24 January 1983, a supply ship collided with a rig at Nowruz field, resulting in the rupture of the riser at one wellhead. The collision led to the spill of oil at a rate of 240m3 per day.

On 18 September 1983, the well was capped to end the leakage. Eleven workers were killed during the capping operation.

The second oil spill at the field happened when a rig was hit by Iraqi bombers in April 1983. The attack led to a well blowout that released oil at a rate of 795m3 per day.

The disaster occurred when the ABT Summer oil cargo vessel carrying 260,000t of Iranian heavy crude oil from the Gulf terminal at Kharg Island in Iran to Rotterdam caught fire on the 28 May, 1991.

Taking place about 1,448km off the coast of Angola, the disaster released 1.9 million barrels of oil into the ocean. Before sinking into the ocean, the tanker burnt for three days.

The tanker was about 112km northwest of Cape Town when the accident happened. Spilling oil into the bay, the tanker broke into two pieces when it was about 36km off the coast.

At the end of May 2020, around 20,000 tonnes of diesel leaked into the Ambarnaya river near the Russian town of Norilsk, which lies within the Arctic Circle.

The collapse of a fuel tank at a power plant operated by mining company Norilsk Nickel was identified as the cause of the leak, which is believed to be the second-biggest in Russia’s history in terms of volume.

Russian President Vladimir Putin declared a state of emergency after the incident, sending in specialists to aid a clean-up operation that is expected to be made difficult by the geography of the region, and could last up to 10 years costing billions of roubles.

Diesel drifted around 12 kilometres away from the source of the leak along the river, contaminating an estimated area of 350 square kilometres.