What is the Haliade-X? World’s largest offshore wind turbine to launch in 2021 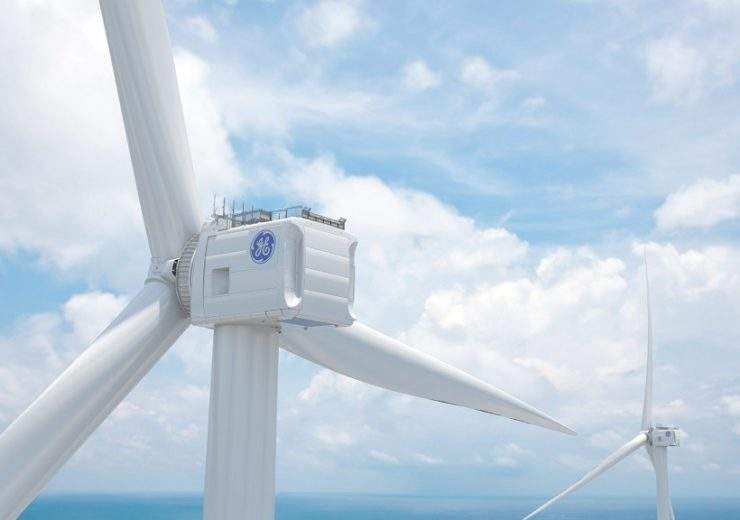 The world’s largest wind turbine will be available from 2021, standing close to the height of buildings like the Eiffel Tower and Chrysler building at 260m.

Leading a host of offshore wind manufacturers working on the project, US conglomerate General Electric (GE) plans to invest $400m (£314m) over the next four years in order to deliver the Haliade-X.

Chairman and CEO John Flannery said: “We want to lead in the technologies that are driving the global energy transition.

“Offshore wind is one of those technologies and we will bring the full resources of General Electric to make the Haliade-X programme successful for our customers.”

What is the Haliade-X offshore wind turbine?

First announced in March last year, the Haliade-X will be both the largest and most powerful offshore wind turbine in the world on its release, generating 45% more renewable energy than the most productive turbine currently on the market.

Featuring a 12 megawatt (MW) capacity, a 220m rotor and a 107m blade, GE claims it will also be the most efficient wind turbine in the ocean.

Its 12MW of power comprises a 63% capacity factor, meaning it will operate at 63% of its maximum output most of the time.

This is 7% more than the industry standard, representing more than £30m in additional revenue for customers over the life of a wind farm.

The Haliade-X will also include various digital tools to help customers perform remote diagnostics and spend less time at sea working on the turbine.

Each turbine will be capable of producing enough renewable energy to power 16,000 homes, with a full 750MW wind farm creating enough for a million homes.

Haliade-X to cut energy costs for suppliers and customers

GE claims the Haliade-X will create an average saving of $26m (£20m) per turbine per 100MW when compared to a currently available Haliade 150-6MW.

“Output is directly proportional to the area covered by the blades in a single rotation (the swept area), fuelling manufacturers to make bigger and bigger units.

“There are even greater gains to be had from placing wind farms in high wind areas, as the output of a turbine increases proportionally to the cube of wind speed.

“Bigger turbines also mean that developers need to build fewer of them to reach a certain capacity.

“This equates to fewer foundations dug, fewer towers fastened to the sea bed and fewer boats to transport components, all of which contribute to lower construction costs and, ultimately, lower energy bills.”

“Today, the industry forecasts that it will install more than 90GW over the next 12 years.

“This is being driven by a lower cost of electricity from scale and technology.

“The Haliade-X shows General Electric’s commitment to the offshore wind segment and will set a new benchmark for cost of electricity, thus driving more offshore growth.”

The vast majority of equipment needed for the Haliade-X will be constructed at a factory in Cherbourg France, creating 550 jobs in the process over the course of the next two years.

John Lavelle, CEO of offshore wind at General Electric Renewable Energy arm added “The Haliade-X 12 MW will help our customers in an increasingly competitive offshore environment, and through its size and digital functionality provide important value across manufacturing, installation and operation.”

GE Renewable Energy is a $10bn (£7.9bn) start-up working on onshore and offshore wind, hydro and new technologies like concentrated solar power, and will be leading the Haliade-X project with financial backing from its parent company.

It employs 22,000 people across 55 countries and has installed more than 400GW of capacity throughout the globe to date.