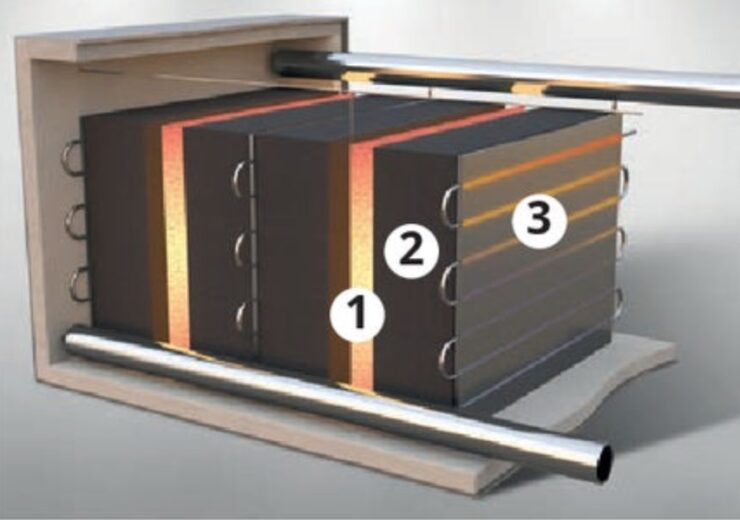 The phase-out of hundreds of GW of coal plants globally is creating an immediate challenge: what should be done with these valuable assets? E2S Power’s innovative idea is to replace the boilers with thermal energy storage using its TWEST (Travelling Wave Energy Storage Technology) concept. This repurposes the assets while addressing the urgent need for increased energy storage capacity worldwide, says Fabrizio De Candia, COO, E2S Power.

As we strive for a carbon-free world, the share of global power generation from intermittent renewable sources is increasing rapidly. Renewable energy today represents over 40% of power generation in several countries, with targets exceeding 50% in the coming years. This growth will drive the need to address intermittency, dependable capacity, and grid stability with energy storage solutions. It has been estimated that the large-scale storage market will increase by ten times in the coming years.

At the same time, at COP 26 more than 40 countries agreed to phase out their use of coal-fired power and several nations have already committed to phasing out coal power plants by 2030 and earlier. This means that hundreds of GW of coal-fired power plants will be decommissioned, raising the following questions: how do we ensure dependable capacity? how are we going to repurpose these power plants? how do we transition economies where these plants are located to a carbon-free future?

E2S Power is aiming to address these challenges with its thermal energy storage solution. The technology is based on the concept of reusing most of the fossil-fuelled power plant’s equipment and infrastructure and turning them into clean energy storage plants.

For this purpose, E2S power has developed a simple and compact system that converts surplus electrical energy from wind farms or solar power plants into heat, stores the heat using innovative

The electrical heaters are designed for temperatures higher than 1000°C and facilitate heat transfer to the MGA storage blocks during charging.

The MGA (Miscibility Gap Alloy) blocks are a high energy density storage medium developed by partner company MGA Thermal. They are made of graphite and aluminium arranged in blocks similar to building blocks or bricks. One component (aluminium) has a lower melting point (660°C) than the other (graphite) with the phase change latent heat providing high-performance energy storage. Graphite, with a higher melting point, remains solid and acts as a matrix, keeping the block in a solid form and embedding the melting particles. Thanks to the phase change, better energy storage density is achieved compared with other thermal energy storage technologies. The steam generators, employing advanced high-temperature-resistant alloys, are mounted in the MGA storage blocks. E2S Power’s proprietary “travelling wave” technology ensures that a constant steam temperature is delivered to the host plant.

The system is packaged in a standard “container” module that allows stacking up as required to provide the storage capacity wanted and the plant footprint needed to adapt to a variety of power plant sizes and configurations (Figure 3). The superior energy density means that the installation is compact.

TWEST is designed to easily integrate into an existing power plant, with three main interfaces: electricity supply for charging the system; feedwater input; and steam supply into the existing steam cycle.

During the charging process, electricity from renewable sources powers the electric heaters which heat up the MGA storage blocks to a temperature near 700°C.

During the discharge process, the heat stored in the MGA blocks is transferred to feedwater via the embedded steam generators, which then supply steam with properties matching the requirements of existing steam turbines to generate electricity.

E2S Power offers a cost-effective and easy-to-integrate solution for transforming fossil fuel power stations into thermal storage systems. Some of the key advantages include compact and simple system design – with minimum disruption to the existing plant.

The components employed and the design ensure a long life, estimated at 30 years, with negligible performance degradation, while the MGA thermal storage materials are abundant and recyclable material.

Also, by reusing the existing synchronous generators of the host plant, the technology is better able to provide voltage and frequency support than batteries.

The TWEST system is able to generate steam in minutes and can potentially provide heat to keep the steam turbine on hot standby for faster startup.

The storage efficiency (conversion of electrical energy into heat) is higher than 99% as there is good heat transfer via radiation and therefore almost no losses in this process. The roundtrip efficiency, which depends on the existing steam cycle efficiency, is typically around 40%.

Tapping into a huge market

Just recently the company signed a memorandum of understanding with SNC-Lavalin, to explore opportunities with North American power companies. This collaboration aims to tap into the huge market represented by over 200 GW of coal-fired capacity in North America that may be decommissioned in the coming years by combining E2S Power’s technology with SNC-Lavalin’s EPC and plant integration expertise.