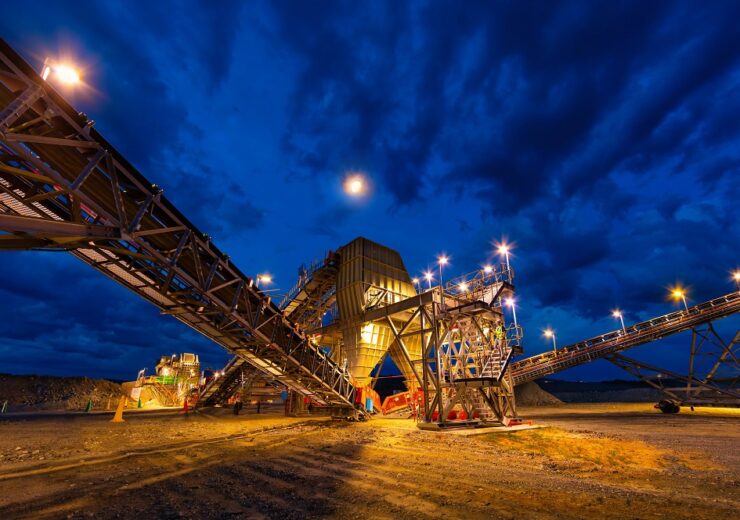 Platinum is a precious metal that is part of the six-member family of platinum group metals (PGMs) sought after by mining companies – which also comprises palladium, rhodium, iridium, osmium, and ruthenium.

Mining platinum can be a challenging and laborious task, and only about 170 tonnes of the metal is unearthed annually, compared to gold’s 3,300 tonnes.

It is favoured among jeweller’s because of its malleability and resistance to fading, but platinum is not just used for jewellery alone – it serves various other purposes, especially as an industrial component in manufacturing and electronics.

Platinum is used to help catalytic converters remove pollutants from the exhaust gases of cars, for instance, while it is also used in the fuel cells of hydrogen-powered vehicles as a chemical catalyst.

More than two thirds of global platinum production occurs in South Africa, with Russia in a distant second place.

Founded in 1995 and based in Johannesburg, South Africa, Anglo American Platinum is the world’s largest platinum-mining company – with production output of just over two million ounces in 2019.

The company is a subsidiary of UK-based mining giant Anglo American.

Anglo American Platinum’s assets are mostly located in the Bushveld Complex of South Africa (including the world’s largest open-pit PGM mines Mogalakwena, Mototolo and Amandelbult) and Zimbabwe (Unki mine).

Most of the mined ore is processed at Anglo American Platinum’s 14 concentrators and later smelted at its three refineries in South Africa.

The South African platinum company’s precious metal refinery is constructed near two of the world’s largest platinum mines. The refinery processes other PGMs such as ruthenium, palladium, rhodium, iridium and osmium from the ore. Copper, nickel and zinc are also extracted at the refinery.

Based in Johannesburg, Implats was founded as a subsidiary of Union Corporation in 1966.

Implats is the second-largest platinum-mining company on our list, with about 1.31 million ounces of platinum concentrate generated from mine-to-market operations in 2019.

Situated in the North West province of South Africa, Impala mine is the most important contributor to this output. Its mineral resources include more than 131 million attributable ounces of platinum.

Impala’s major operational unit is located in the western side of the Bushveld Complex near Rustenburg. It also has a 73% share in Marula, which is located on the eastern side.

The miner’s Zimbabwe operation, called Zimplats, has a 50% interest in Mimosa Platinum – a joint venture with Sibanye-Stillwater.

Third on the list of top platinum-mining companies is Sibanye-Stillwater, which was founded in 2013 as a gold-mining company with headquarters in Johannesburg.

Sibanye’s platinum-producing power came to prominence following its acquisition of Bermuda-based Aquarius Platinum in 2016, and London platinum miner Lonmin in 2019.

The company’s major platinum output comes from Lonmin’s primary operation in the west side of South Africa’s Bushveld Complex, known as the Marikana mine, as well as Aquarius’ Kroondal and Mimosa mines.

Johannesburg-based Northam Platinum is an independent and integrated PGM-producing company with operations around the Bushveld Complex in South Africa.

Platinum, palladium and rhodium are the three main products mined by Northam and are marketed to sectors including jewellery, automotive manufacturing, medical devices, electronics and heavy industries.

A refining-process contract for Northam’s PGM concentrate has been signed with Germany’s WC Heraeus. Weekly deliveries are made to Heraeus’ facility in Hanau for the separation of platinum, gold, silver, palladium, rhodium, ruthenium and iridium.

Norilsk Nickel – also known as Nornickel – is Russia’s largest mining company, and the world’s largest palladium and refined nickel producer. It is also a top-ten producer of copper.

Established in 1993 and headquartered in Moscow, Russia, Nornickel unearths PGMs and other precious metals as by-products from its Russian mines on the Taimyr and Kola Peninsulas, as well as mines located in South Africa and Botswana.

It also has business holdings in western Finland. Norilsk Nickel’s other mining businesses include extracting and refining gold, silver, cobalt, tellurium and selenium.