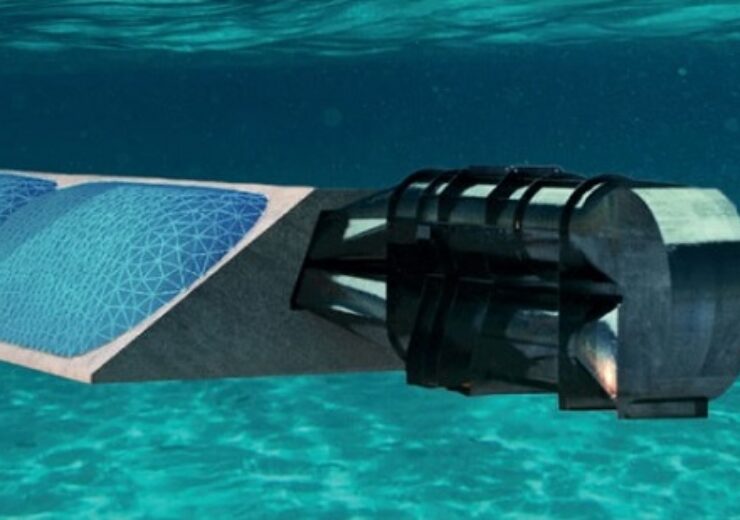 In April 2021, wave energy technology company Bombora announced the formation of a strategic partnership with TechnipFMC to develop a floating wave and wind power project in support of a more sustainable future. The relationship brings together TechnipFMC’s technologies and experience delivering complex engineering projects offshore, along with Bombora’s patented multi-megawatt mWave technology.

The partnership will initially focus on the InSPIRE project (Integrated Semi-Submersible Platform with Innovative Renewable Energy). With engineering work initiated in November 2020, a hybrid system is being developed to deliver 6MW of combined floating wind and wave power, followed by Series 1 and Series 2 commercial platforms which are expected to deliver 12 and 18MW respectively.

“Our core competencies and integration capabilities make us an ideal system architect and partner in developing renewable energy solutions alongside Bombora’s experience and unique, patented mWave technology,” says Jonathan Landes, President Subsea at TechnipFMC. “We are delighted to work on a project that advances our commitment to the environment while contributing toward a more sustainable future.”

“This is a really excellent opportunity for us,” Dave Rigg, Chief Operating Officer at Bombora said. “The offshore wind industry is moving towards devices mounted on floating platforms that will enable them to target more energetic climates further offshore. This means they will have access to more seabed so will be able to deploy more machines but, at the moment, the cost of doing that is still prohibitively high. These platforms are proven to be quite expensive, primarily because they are moored in a much deeper environment and so the whole mooring system becomes more expensive than it would be if nearer the shore.”

Rigg goes on to explain that much of the infrastructure required by floating wind turbines is comparable to that which Bombora’s machinery will require in a similar floating context – such as the cable, platform, and a lot of electrical architecture.

“So, the plan is to team up and design a platform that will accommodate both a wind turbine and our mWave technology,” he commented. “That works for the wind industry because it is helping to accelerate their technology. It also works for Bombora as it enables us to deploy our technology at a greater pace than we would otherwise.”

Bombora says it is working to unlock the environmental and economic potential held within the oceans and seas and, as the International Energy Agency states, there is a vast untapped potential here that could deliver 10% of global electricity needs by 2050.

“There’s a vast amount of wave energy out there and we think we’ve got a great solution for tapping into that and providing a large amount of clean renewable energy,” Rigg said. “Net zero targets are very ambitious and we are working in a field that will help deliver these targets.”

Bombora’s mWave technology has taken nine years to develop. Built to generate utility scale power it consists of a series of cell modules. Each cell module is covered by large rubber membrane, contains air, and is connected to a central duct which pipes air to the turbine.

“The industry has been working on wave energy for a long time now and this mostly hasn’t been a successful undertaking. Our technology is very novel,” Rigg claims. “For one thing it sits below the surface so is much better protected from some of the extreme loading that the ocean can throw at these marine energy devices. While the only moving parts exposed to the ocean are these big rubber membranes that are really robust and tolerant of any waves coming from any direction.

“So, we’re confident that we have a solution that will address the challenges that have thwarted the industry up until now.  And we’re really excited about the deployment of the first full scale mWave off the coast of Pembrokeshire later this year.”

Speaking in June 2021, Rigg explained that all different bits of the mWave machinery are in the Pembrokeshire workshop in Wales and the vast majority are now assembled. Bombora will go through a very detailed testing process and will operate the machinery as completely as possible on land, in a dry controlled environment to debug any issues that may lurk within. A whole series of simulated operations will be run through, activating pumps and sensors, before starting the load out later this year. Rigg said they will validate all computational models which will enable them to move forward on their other projects and, he is in no doubt, they will learn a significant amount from this first full scale deployment.

“This project gives us an exceptional opportunity to demonstrate that the technology does what we say it is going to do,” Rigg continued. “It will be operating in a real ocean environment and operating throughout the winter and so will see some fairly significant sea status. We will be able to demonstrate the machine generating the power we’ve predicted it will.”

The modular design of mWave enables Bombora to capitalise upon economies of scale so, according to Rigg, “we can build a device that generates more power simply by adding more cell modules”. Forming contracts within the supply chain enables lots of similar articles to be built in volume and facilitates a lower price per unit, simplifies assembly and construction and makes better use of the available seabed.

However, as Rigg explained, maintaining machinery at sea is more difficult and expensive than it would be on land.

“We’ve had to develop a strategy for maintaining the device right at the beginning of the process and during the design. Many aspects of the design are built around the maintenance philosophy. The main principle we work on is trying to minimise our time at sea as far as possible because that is the best way of addressing those risks that you can’t really manage – like the weather,” he said.

Cell modules that need maintenance are recovered from sea and then taken back to shore to conduct maintenance in a safe and controlled environment. The process of extracting the cell module or the reverse installation has to be really quick, safe and efficient, Rigg says.

As well as helping contribute towards net zero carbon targets, Bombora claims the mWave has more to offer.

“Our technology offers this country, the UK, an opportunity to build upon some fantastic skills that we have allowed to become a little idle and underrated in recent years with the demise of the ship building industry.  There are a lot of ports around the UK that are neglected. And Pembrokeshire Dock, where we are based at the moment, is one of the poorest areas of the UK despite the fact they have some fantastic manufacturing capability there.

“We’re offering these older traditional industries an opportunity to diversify out of oil and gas,” Rigg said, “and be part of a new up and coming industry that will eventually be exporting these machines to places all over the world.”

In addition, Bombora is also introducing new high-tech elements into the manufacturing centres and helping to upskill certain elements of the workforce. It is working closely with schools and colleges to ensure that young people understand the benefits of the marine energy industry and have the opportunity to get involved.

“We’ve got a great young team that is really motivated by what they do. It is great to see them grow and get enthusiastic about the opportunities that lie ahead,” Rigg said.

Reflecting upon his own career opportunities, Rigg spoke about the first renewable energy project he worked on with the Royal Engineers in Afghanistan.

He remembers they had to come up with a novel way of building consent among the local population in a constructive way. Someone suggested that the local marketplace would benefit from lighting but there were no power cables of power infrastructure there.  So they installed solar powered lighting which was well received by locals and meant they could go about their business late into the night.

“More generally,” Rigg commented, “I think this industry we’re in is a difficult industry because we’re still having to prove ourselves as we’re not competitively viable yet. We’re still in the development phase. That requires resilience, a lot of teamwork and problem solving – skills that we exercise every day in the military. Some of the techniques, procedures and risk management all transfer directly and so I think these early experiences have worked really well for me since moving across to this exciting world of marine energy.”

“The nice thing about what we’re doing is that we’re not following a manual that someone else has written,” Rigg continued, “we are writing that manual. We are solving problems and coming up with new innovative solutions pretty much every day.”

Rigg says that it is really satisfying as an engineer to be able to sit down, sketch out lots of ideas and select a concept to work on.

“You’re doing it as a team, of course, because there’s lots of different disciplines required to develop the best solution. You can the take that concept, detail it and then you deliver it. Our engineers are involved in that process from the start to the finish. They get to see the fruits of their labour out in the ocean. And for most engineers,” Rigg concluded, “that’s a great experience to be part of.”