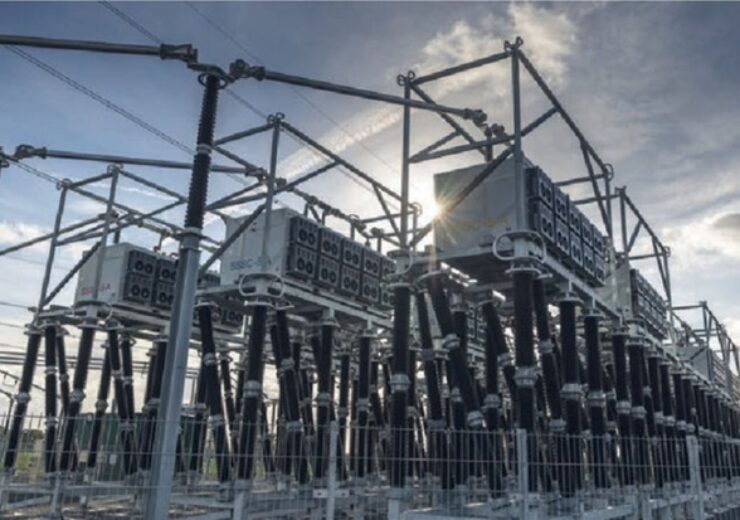 The new project builds on NGET’s experience with the world’s first large scale installation of the technology, completed earlier this year.

NGET, owner and operator of the high voltage transmission system in England and Wales, is deploying SmartValves to get more out of its existing network, avoiding the need to build new infrastructure.

More renewables connecting to the network, the phasing out of fossil fuel generation and electrification of transport are changing the way power flows across the UK, as elsewhere. This means that circuits become unequally loaded, causing overloads of some circuits that limit the capacity of the entire network.

NGET has already installed 48 SmartValves across five circuits at three of its substations in the north of England, creating 1.5 GW of extra capacity.

With the increasing volume of renewable generation seeking to connect to the network, NGET sees a pressing need for even more capacity in the area in 2022. By scaling up the initial SmartValve deployments near Harker and Penwortham, NGET can increase capacity on the existing circuits, and ultimately “transfer more renewable power to its customers in a timely and cost-effective way.”

The technology caters for scaling up or down of the project size, meaning that expansion of a SmartValve installation is possible within an existing site footprint. This enables faster installation and minimises additional site works.

Smart Wires’ project partner for these NGET projects is Omexom (part of Vinci).

The NGET expansion projects are scheduled for completion in 2022.

Meanwhile, another recent development reported by Smart Wires is successful commissioning of a SmartValve installation in Greece on the 150 kV Nea Santa – Iasmos line, the second deployment by IPTO (Independent Power Transmission Operator).

“By intelligently controlling the flows of power across the network, this technology can unlock available cross border interconnection capacity between Greece and Bulgaria”, says Smart Wires.

The Greek installation is part of the FARCROSS Horizon 2020 project, which aims to increase cross border electricity flows across south-eastern Europe and improve market coupling by leveraging innovative solutions.

FARCROSS builds on a previous H2020 project, Flexitranstore, which utilises smart grid technologies to address the challenges of large-scale renewable energy integration and increasing grid flexibility. In this project, Smart Wires’ mobile power flow technology was initially installed in collaboration with IPTO in Greece and has recently been redeployed to Bulgaria for use by that country’s electricity system operator to explore further uses cases for the technology and “to address some of the region’s most critical needs.”

Some other other significant recent projects employing SmartValve include an application by EPM (Colombia), paving the way for its use across Latin America, and its deployment in Australia as part of the Victoria-NSW Interconnector (VNI) upgrade, increasing transfer capacity between states by 170 MW at times of high demand. The use of SmartValve avoided the need to upgrade more than 100 km of transmission lines through the Snowy Mountains, Smart Wires says.

Smart Wires describes SmartValve as “the next logical step in the progression of FACTS (Flexible AC Transmission Systems)”.

Distinguishing it from legacy SSSCs, SmartValve is transformerless and uses an integrated, fast-acting bypass for protection from system faults, Smart Wires notes. A SmartValve installation is connected in series with a utility facility, operates at line potential and has no connection to ground.

Power flow on a line depends on the line’s voltage and current. The voltage of a given line remains close to constant, so the best way to change the amount of power a line is carrying is to change the line current. This can be achieved by changing the impedance of a line (volts = current x impedance). Impedance is a combination of resistance and reactance, and SmartValve impacts the reactance of a line. It senses the line current and injects a leading or lagging voltage waveform in quadrature with the line current, which has the effect of changing the line’s reactance. This means it can increase or decrease power flows in the line circuit and perform dynamic services.

But the grid was designed for large, central power generation, not large scale, intermittent and distributed renewable generation. Energy generation and demand patterns are shifting markedly. “This is where Smart Wires comes in”, the company says. “We partner with electric utilities across the globe, helping them to solve their biggest challenges, achieve their strategic objectives, and evolve their grids with flexible, high-impact solutions.”

As distinct from legacy forms of power flow control, says Smart Wires, SmartValve “is a modular, digital solution which means it is quick and flexible to install and easy to scale or relocate. This flexibility and adaptability is incredibly valuable when generation, load, and the evolution of the grid itself are highly uncertain.”

There is an immense amount of work that goes into the first application within a given customer footprint, Smart Wires says, but the “second, third and subsequent projects can be implemented much faster and at a much larger scale.”

A recent Brattle Group report, referenced by Smart Wires, found grid enhancing technologies could double the renewable generators able to connect to the grid over the next five years compared with “the status quo approach to transmission planning.”

Smart Wires, headquartered in North Carolina, with European headquarters in Dublin, was listed on the Nasdaq First North Growth Exchange, Stockholm, in May 2021. It has a workforce of around 150.

It’s vision is a transition to a digital grid based on “silicon and software”, as opposed to the “copper and steel” of today’s grid.

Smart Wires traces its power flow control concept to around 1998 and the ground-breaking work on FACTS done at that time by Westinghouse’s Power Electronics group and the Electric Power Research Institute (EPRI), introducing power-electronics-only technology to transmission systems for the first time. “This was widely acknowledged as a breakthrough for variable power flow control on the grid and the definitive door-opener for Smart Wires’ future innovations”’ the company says.

Motivated by the 2003 Northeast Blackout, Georgia Tech developed a smart power flow control concept that became an early version of the first-generation (magnetics based) PowerLine Guardian (an early antecedent of SmartValve (silicon based)).

“A partnership of some of the largest and most-respected utilities converged around this idea and launched Smart Wires. They saw the concept’s potential for meeting a critical need – flexibility – given the rapid changes occurring on the grid”, the company says.

According to Smart Wires SmartValve “offers 600 times the impact – at 5% of the cost – compared with the first-generation product.”

The company says it “has spent the last decade becoming a proven solution.”