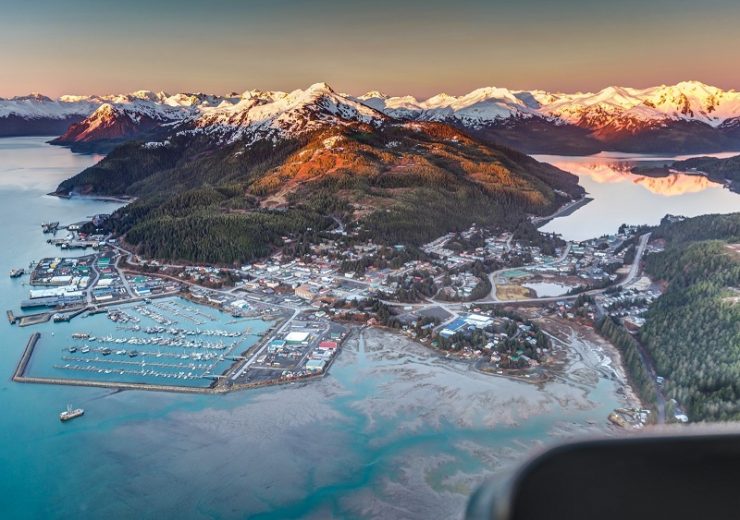 Cordova is a small town in Alaska, 240km south-east of Anchorage. It lies at the mouth of the Copper River, a thriving salmon river. With no grid connection, the community relies on a microgrid managed by the Cordova Electric Cooperative (CEC).

CEC covers the town’s baseload with 7.25MW of run-of-river hydrogeneration, comprising a 6MW unit at Power Creek and a 1.25MW unit at Humpback Creek. When required, the hydrogeneration is supplemented by the Orca 10.8MW diesel generation plant. A 1MW diesel genset is used to support the transition from hydropower-only operation during the winter freeze as well as in the peak summer demand period.

CEC has pioneered the integration of an energy storage system (ESS) into a hydropower microgrid. Its aim was to improve resilience and reduce the use of imported diesel fuel by making the most of hydropower, especially in the spring when the town’s fish processing plants ramp up production.

CEC’s hydropower costs are around $0.06/kWh. In contrast, diesel generation costs can range as high as $0.60/kWh, depending upon fuel prices. Whenever possible, CEC aims to run on hydropower alone and is able to meet up to 78% of its annual demand this way.

In hydropower-only mode, the microgrid operators control the grid frequency by adjusting the angle of fast-acting deflectors at Power Creek. These divert part of the water stream away from the turbines to modulate their power output, thereby maintaining grid stability.

This is similar to the concept of spinning reserve in a conventional grid with fossil-fuelled generation, and CEC typically deflects around 500 kW of capacity to support sudden load increases. However, with run-of-river hydro being a “use-it-or-lose-it” resource, deflected water simply flows down the river and the energy is lost.

During the spring, several hundred workers arrive in Cordova and the town’s fish-processing plants ramp up their production. The microgrid then transitions from hydropower-only to a combination of hydro-diesel generation.

When the hydropower reserve drops below around 500kW, a 1MW diesel genset starts. Because the diesel must run at a minimum output of 400kW, this increases the amount of hydropower that must be spilled.

The net effect during this transition period is that CEC can sometimes waste more than 1MW of waterpower while burning expensive diesel fuel at the same time. Depending on load patterns, the changeover can last from a couple of hours to several days.

CEC recognised that integrating a grid-scale ESS within the microgrid would enable it to continue operation on hydropower-only as long as possible, as the ESS would provide spinning reserve.

The diesel generators would start only occasionally, when the battery reached a low state of charge. The overall goal was for CEC to make the most of its renewable energy and control costs while reducing reliance on imported diesel.

CEC turned to Saft to develop a Li-ion-based ESS solution rated at 1MW with 1MWh of energy storage capacity. This was based on a turnkey containerised ESS solution that had been proved to work effectively in a number of previous installations in the harsh and unforgiving Alaskan climate.

The ESS provides essentially system-critical spinning reserve, enabling CEC to open its deflectors fully and avoid spilling hydropower generation capacity. Rather than starting up the diesel generators, the ESS operation was specified to pick up the load to inject and absorb power to maintain the grid frequency.

ESS and diesel operation are managed through state of charge (SOC) control: For most of the time, the ESS operates between 30 and 70% SOC, with diesel generation off.  When the ESS SOC drops below 30%, the diesel genset starts automatically at an output of 400 kW to supply demand.

Energy produced in excess of demand is used to charge the battery until it reaches 70%. It then shuts off again, except if the net load is greater than 400kW.

When the ESS SOC drops below 30%, CEC’s automated dispatch system starts up the genset, which then operates at its minimum output of 400kW to supply demand and charge the battery at the same time. If the SOC reaches 70% and the net load remains low, the diesel generator shuts down and the ESS discharges.

However, if the net load increases above 400kW, the diesel generator takes over frequency management and the ESS is charged only when there is diesel generation capacity to spare.

The impact of operating regime on battery life

The ESS operating regime can have a considerable impact on battery aging. Under the right conditions, the aging of Li-ion batteries can be reduced to a capacity loss of less than 1% per year. This is accompanied by a slight loss in roundtrip efficiency, although the power capability remains almost constant.

However, Li-ion batteries can age catastrophically if used aggressively to the point of abuse. Therefore, the choice of operating setpoints is critical for battery life and, consequently, an optimised return on investment.

In addition, energy storage capacity over life is an important factor. Deep cycling causes a more rapid loss of capacity. For example, if this ESS, rated at 1MW and 1MWh, is completely charged and discharged from 100% to 0% SOC, it would deliver perhaps 5,000 cycles, equivalent to 5GWh of total energy delivery.

However, if operated in such a way that it delivers small charge and discharge cycles of around 5%, it will probably deliver one million cycles, or 30GWh, over its life.

Therefore, for a specific duty cycle, a larger ESS will have a longer lifetime, but also a higher cost. That makes it vital to find the sweet spot that balances the priorities of total cost of ownership.

Fortunately for CEC, frequency control operation requires many small charge and discharge cycles, which can take place at the same time as bulk charging or discharging. The trick in this case was to optimise the setpoints for the larger SOC swings so that the battery life is preserved while also maximising savings in diesel fuel.

The ESS was installed in June 2019. Over the Thanksgiving Weekend holiday that year it enabled the microgrid to achieve a late-November record of 94% hydro-generation, saving CEC $10,000 in only two days. Then in December 2019, the microgrid achieved 84% hydrogeneration, crushing all previous records.

In April 2020, CEC was able to transition to 100% hydro-generation three weeks earlier than in previous years.

A number of observations have been made, including:

The economic advantages for Cordova of installing the ESS are based largely on the very significant differences in the cost of hydro-generation ($0.06/kWh) and diesel generation ($0.60/kWh).

There are also significant non-fuel variables related to using diesel generation, such as lube oil, rebuild hours, regular and emergency maintenance. Historically, these costs have been an order of magnitude higher than hydropower maintenance for CEC.

The likely battery life was estimated to be 15 years. The CEC use case obtains the highest value from grid balancing which requires little capacity – the trend is therefore towards a life in excess of 20 years.

Overall, the expected annual savings of the ESS over the long term are anticipated to be significantly in excess of the system cost. There are also substantial intangible holistic benefits for the local community that now enjoys a more resilient and reliable electricity supply with reduced reliance on imported fuel.

Looking ahead, CEC is investigating the opportunities to implement bulk storage (bulk hydro or pumped hydro) to harvest the full potential of its hydrogeneration in summer and to shift it to the winter.

This will require a system that offers a very low cost per kWh of storage to be economically viable, and may be achieved with a bulk storage solution with substantially lower power rates, response time and efficiency, performing a few charge/discharge cycles per year.

The Li-ion ESS will remain a valuable asset for the system’s overall capability in maintaining efficiency, stability, and flexibility for the microgrid.