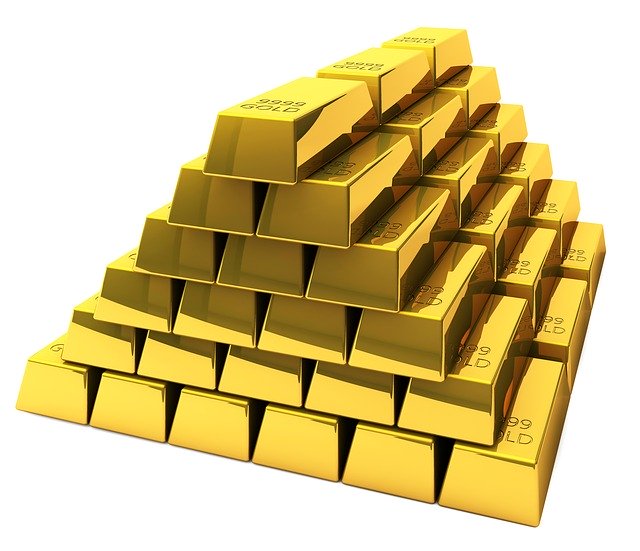 Eighty per cent of all the gold produced in Europe comes from Russia (Credit: Pixabay)

Eighty per cent of all the gold produced in Europe comes from Russia and more than 50% of Russia’s gold resources are found in the country’s eastern regions and Siberia.

Ever since 1745, when gold was first discovered in Russia’s Ural Mountains, the country has been a bustling centre of mining activity for the “yellow metal”. It is currently the third-largest producer of gold in the world, producing 295 tonnes in 2018, while holding estimated reserves of 5,500 tonnes.

This vast reserve of Russian gold has also given up a collection of huge nuggets. First, there was the 6.35kg “Devil’s Ear Nugget” unearthed in 2014. Next came a bigger one, the 9.98kg boulder dug up in the Khabarovsk Territory of remote eastern Russia in 2017. But the biggest of all was the 36.2kg giant called “The Great Triangle Nugget” (with a fine gold content of 32.94kg). Discovered by prospector Nikofor Syutkin in the Miass region of the southern Urals in 1842, it is supposed to be the largest gold nugget in Russia and second-largest in the world.

Situated in Eastern Siberia’s Krasnoyarsk region, Olimpiada is the biggest gold mine in Russia and the third-largest in the world. Owned and operated by Polyus Gold — one of Russia’s biggest gold mining companies — production at Olimpiada started in 1996, via conventional open-pit methods (using shovel and truck). This has now evolved to autonomous machine operation since January 2019. Olimpiada holds proven and probable reserves estimated at 26 million troy ounces as of December 2018. In 2019, Olimpiada gold mine produced 1.389 million troy ounces of the precious metal.

Managed by Canada-based Kinross Gold Corporation, Kupol gold mine is an underground mine situated in the Chukotka region of Far East Russia. Almost 200km away from a major city, Kupol stands as an example for operating successfully in a remote area, with one of the lowest operating costs in the Kinross mining family. Ore processing capacity of Kupol was increased from 3,500 to 4,500 tonnes per day in 2013, to accommodate additional ore from the Dvoinoye gold mine, which is located nearby. Kupol produces 527,000 troy ounces of gold per annum. Transport of equipment and supplies to the mine is carried out through a 380-kilometre road.

Located just 25 kilometres from Russia’s biggest mine Olimpiada, Blagodatnoye gold mine is also a conventional shovel-and-truck open-pit operation like its larger neighbour. Opened in July 2010, Blagodatnoye is Polyus mining company’s second-biggest mine. It processes eight million tonnes of ore per annum, which makes it one of the largest in Russia in terms of ore processing. Sitting on proven and probable gold reserves amounting to 9.1 million ounces, Blagodatnoye produced 420,800 troy ounces of gold in 2019.

Located in one of the coldest and remotest parts of Russia’s northern Pacific coast in the Magadan Region, Natalka gold mine was discovered in 1942. An open-pit mine, it was acquired by Polyus in 2008. Although active mining began in 2013, there was small hiatus after which construction was restarted in 2016 followed by the relaunch of operations in 2017.

Natalka gold mine boasts of 15.4 million troy ounces of proven and probable reserves, with 10.1 million tonnes of ore processing capacity per annum. In 2019, with the commencement of full-time production, Natalka generated 405,000 troy ounces of gold—up from 132,700 troy ounces the previous year.

The mine is expected to produce an estimated 470,000 troy ounces of gold every year for the next 24 years.

Verninskoye was the third mine that Polyus had established between 2009 and 2011. Begun in December 2011, it is situated in Bodaybo, a historical gold mining town in the Irkutsk Oblast region of south-eastern Siberia. Harbouring a proven and probable gold reserve amounting to 4.8 million troy ounces and armed with the capacity to process 2.9 million tonnes of ore per annum, the Verninskoye gold mine produced about 256,000 troy ounces of gold in 2019—a marked improvement from the 223,300 troy ounces produced in 2018.

Discovered in 1961, Sukhoi Log gold mine is one of the largest untapped gold deposits in the world, and is one of the most significant projects of Polyus. This “dry valley” (a translation of Sukhoi Log), covers 105,000 km2 in Russia’s Irkutsk region, about 900km from the Arctic Circle. It is estimated to hold about 2,000 tonnes of reserves (64.3 million troy ounces of gold).

Having a potential lifespan that could stretch up to 35 years, Sukhoi Log is expected to churn out annual gold production of approximately 1.6 million troy ounces, once it is fully operational in 2026. In terms of output, this could increase its global ranking to second behind Uzbekistan’s Muruntau gold mine.