Power-to-X projects: How PtX is becoming enabler of the all-electric future

Electrify everything and run it on low carbon power. That is the imperative driving the huge growth in power-to-X projects worldwide 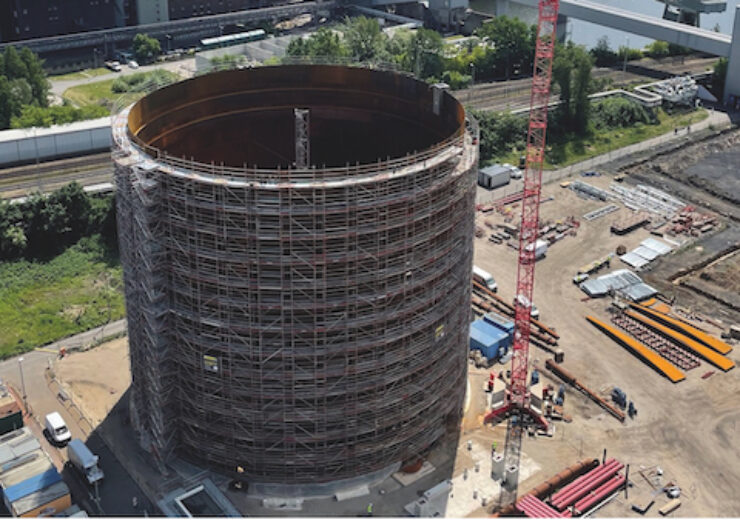 A priority in the PtX field is reducing the cost of hydrogen, for example via improved electrolysis technology. This is a strategic objective of Clean Power Hydrogen Group and its holding company CPH2. They say they are aiming for the lowest LCOH (levelised cost of hydrogen) in the green hydrogen market, achieved by means of a scalable and modular system based on their IP-protected Membrane-Free Electrolyser (MFE) technology, which is said to be “already commercially available and demonstrating cost efficiencies and technological advantages.”

CPH2 has recently signed a licence agreement with GHFG Ltd for the construction of 2 GW of MFE electrolysers over a period of up to 20 years. GHFG is a joint venture between international renewable independent power producer Alternus Energy Group Plc and Eric Whelan, CEO of Irish-based developer, Soleirtricity.

Under the licence agreement, GHFG will produce the CPH2 MFE electrolysers at a new facility in Ireland and plans to start production in 2023. Each electrolyser produced by GHFG under this agreement will be installed alongside and powered by solar energy projects owned and operated by Alternus.

CPH2, based in Doncaster, UK, has a 2030 MFE production target of 4 GW per year, with 1 GW made at its own facility and the rest manufactured under licence by other companies including GHFG.

ACWA Power has signed a memorandum of understanding with POSCO Holdings aimed at the joint development of technologies for the production of green hydrogen and its derivatives such as green ammonia, with the aim of decarbonising POSCO’s power generation and steel manufacturing processes.

POSCO has a target of 500 000 tonnes of hydrogen production globally by 2030. It is the sixth-largest steel producer in the world and the largest in its home country of South Korea.

ACWA Power, alongside Saudi Arabia’s NEOM and Air Products, is developing the first at-scale green hydrogen project in Saudi Arabia. When completed in 2026, the project will produce 1.2 million tonnes of green ammonia per year for the purposes of decarbonising industries, making it the world’s largest facility of its kind.

With “tangible project commitments in Saudi Arabia and Oman”, ACWA Power says it is at the forefront of scaling up green hydrogen production, enabling the decarbonisation of entire industries, including hard-to-abate industrial activities like steelmaking.

Vattenfall and St1 have signed a letter of intent to develop a fossil-free value chain for the production of e-fuels (electro-fuels, synthetic fuel made using power generated from renewables) and are jointly undertaking a feasibility study. The study aims to address the full value chain for e-fuel production from offshore wind, aiming to start in 2029 and gradually grow towards a target of about one million cubic meters per annum (which corresponds to the annual aviation fuel demand of Arlanda airport).

Vattenfall aims to develop an offshore wind-power-based hydrogen supply infrastructure on the west coast of Sweden.

“For Vattenfall, the electrification of society and industry is at the core of our business strategy”, says Anna Borg, president and CEO of Vattenfall. “The development and optimisation of value chains based on offshore wind and fossil-free hydrogen are an interesting way forward. Our strong and growing Swedish offshore wind development portfolio…offers ample opportunities.”

Vattenfall is also working along similar lines with Preem and has a joint feasibility study underway to assess the possibility of accelerating the development of a value chain connecting offshore wind and hydrogen with the refining industry on the Swedish west coast “to swiftly transform to fossil-free fuels, starting latest 2030.”

Of particular interest to Preem is that an increased supply of fossil-free hydrogen would enable it to explore the development of e-fuels for hard-to-decarbonise segments like aviation and maritime.

“Society’s need for renewable fuels is increasing at high speed but the supply of necessary fossil-free hydrogen is still scarce. A new infrastructure for hydrogen from offshore wind could swiftly increase supply and speed up our transition towards a climate-neutral value chain”, said Magnus Heimburg, Preem CEO.
Sweden’s environmental targets mean that carbon dioxide emissions from the transport sector must fall by 70% between 2010 and 2030.

The Preem/Vattenfall feasibility study follows on from a three-year agreement the companies signed in 2019, which forms the basis for increased collaboration around fossil-free hydrogen for fuel production, electrification and electricity supply.

Speaking about Simply Blue Group’s focus on the integration of e-fuels production with floating offshore wind, Michael Galvin, director of the hydrogen and sustainable fuels, said:

“The focus on e-fuels developments such as this is a natural progression for Simply Blue Group as we harness the abundant energy from our offshore projects.

“The concept of integrating large-scale floating offshore wind farms with large onshore e-Fuel production facilities offers many advantages. These e-fuel production plants will be very flexible meaning they can respond rapidly to the available wind energy and increase or decrease the e-fuel production to suit the weather conditions. For example, e-jet fuel production for the aviation sector can be varied to stabilise the electricity grid due to changing wind conditions or due to changes in electrical demand on the grid.”

Around the world, notes Simply Blue Group, governments and industries are accelerating their efforts as they strive for “carbon neutral” and already, ambitious legislation and incentives to deal with this challenge are in place in several regions, most notably in Europe where targets are set for renewable fuels use with some specific sub mandates for e-fuels due to take effect shortly.

This agreement comes as Lhyfe and Chantiers de l’Atlantique, who have been working together for 18 months as part of the SEM-REV project on the co-development of a pilot system for offshore hydrogen production, prepare to launch what they describe as “the world’s first offshore renewable hydrogen production demonstrator”, in September 2022, off the coast of Saint-Nazaire, France

Germany’s largest heat accumulator, on Vattenfall’s site at the Reuter West CHP plant in Berlin – adjacent to the existing power-to-heat plant, the largest in Europe – is expected to be commissioned at the start of next year.

At 45 m high, with a diameter of 43 m and a capacity of 56 million litres, the accumulator will store district heating water at a temperature of 98°C.

Together with the power-to-heat plant, which converts surplus wind or solar energy into heat on-site, the heat storage will help to make better use of surplus renewably generated power from the grid. Other local waste heat sources can also be connected to the accumulator as required.

With a thermal output of 200 MW, the accumulator can supply heat for 13 hours – “even in very cold weather.”

Vattenfall Wärme Berlin AG supplies municipal heating to around one-third of the buildings in Berlin, and the owners and occupants of these buildings have “outsourced one of the most pressing challenges of our time: they no longer have to worry about achieving CO2-free heating”, says Vattenfall, whose goal is to be climate neutral by 2040, with “decarbonisation of the municipal heating supply key in reaching this goal.”

Elsewhere in Germany, at the BASF site in Ludswighafen, BASF and MAN Energy Solutions have entered into a strategic partnership with the aim of constructing one of the world’s largest heat pumps. The project is intended to help establish the use of low-carbon technologies in chemical production and reduce the site’s natural gas consumption. As a first step, the project partners are conducting a feasibility study that is expected to be completed by the end of 2022.

The planned large-scale heat pump will enable the production of steam for the site using electricity from renewable energy sources, tapping waste heat from the cooling water system at BASF as a source of thermal energy. By integrating the planned heat pump into the site’s production infrastructure, it is estimated that up to 150 metric tons of steam can be produced per hour, equivalent to a thermal output of 120 MW. The project could reduce CO2 emissions at the site by up to 390 000 metric tons per year. At the same time, it would make the cooling water system more efficient and less dependent on climate and weather conditions.

Steam is the most important source of energy in the chemical industry, MAN ES and BASF note. For Ludwigshafen, BASF requires around 20 million metric tons of steam per year. The plants at the site use much of this as a process steam in production, for example, to dry products, heat up reactors or for distilling. Around half of the steam required at the Ludwigshafen site is already produced by recovering heat from production facilities using a low-CO2 process. The remaining steam demand, about 50%, is met by gas-fuelled power plants.

“We want to reduce our CO2 emissions by 25% by 2030”, says Dr Martin Brudermüller, chairman of the board of executive directors of BASF SE. “The use of technologies such as large heat pumps, which already exist and can be scaled up to industrial size, brings us a lot closer to this goal”, and has the potential to be deployed at other BASF sites.

Dr Uwe Lauber, CEO of MAN Energy Solutions, noted that space heating and process heat account for around one-third of German greenhouse gas emissions. “Together with BASF, we want to address this significant lever with an innovative solution. We are convinced that our heat pump solution can make a decisive contribution to a climate-friendly supply of steam at the Ludwigshafen site.”

“The transformation that lies ahead of us requires, above all, openness to new technologies”, said Dr Uwe Liebelt, president European Verbund sites, BASF. “In Ludwigshafen, we are testing and developing several technologies and alternative processes to replace fossil fuels – this includes the electrical production of steam.”