It’s alive and well and living in the USA, where about a dozen South African nuclear engineers and scientists who were involved with South Africa’s abandoned Pebble Bed Modular Reactor project are now part of a team developing a similar concept, says Tom Ferreira. This raises the question: why did the Zuma administration cancel the project? 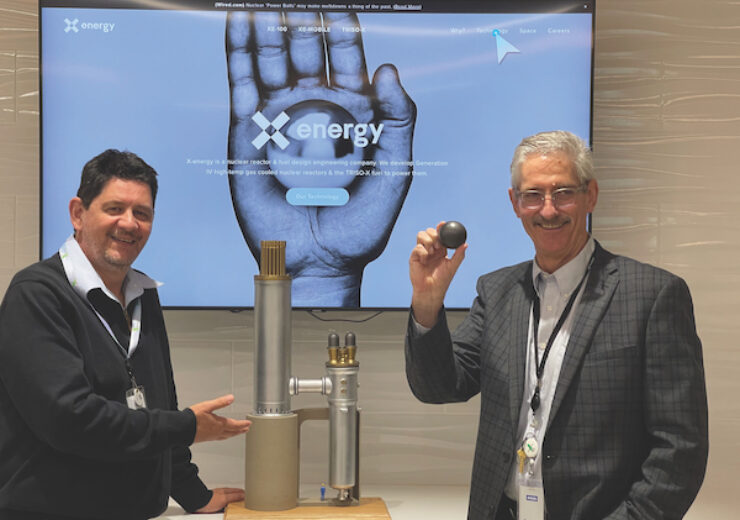 Remember the Pebble Bed Modular Reactor project on which the South African government pulled the plug just over a decade ago? A team of South African engineers and scientists who were involved with the project are now spearheading the development of a similar concept in the United States.

Being developed by the Maryland-based company X-energy, the US pebble bed reactor could be ready for market in about six years’ time, with a first project planned for Energy Northwest’s Columbia nuclear power plant site in Washington state.

Quite ironically, it is not inconceivable that South Africa could be one of the company’s first international customers. X-energy is planning to have its first plant connected to the grid by 2027, after which the plan is to commercialise the reactor on a large scale.

The South African PBMR project – at its peak the biggest nuclear design effort in the world – was abandoned by the Zuma government in 2010 after about R10 billion had been spent over a period of more than ten years. At the time, it was hailed as the concept that could solve the country’s energy shortages. In addition, the plan was to manufacture as many of the components locally as possible, thereby creating thousands of jobs.

The intention was furthermore to sell these reactors overseas to countries such as the USA and the UK. In fact, PBMR (Pty) Ltd at one point had both a US investor (Exelon and later Westinghouse) and a UK investor (British Nuclear Fuels Ltd).

The South African scientists and engineers at X-energy were recruited around eight years ago, some of them receiving “Einstein visas” (a visa reserved for immigrants with “extraordinary ability”) and green cards in a record time of 14 days.

In 2015, X-energy won its first Funding Opportunity Announcement (FOA) from the US Department of Energy (USDoE). “This,” says Dr Mulder, “was more than enough proof that the Americans wanted the South Africans on the team.” X-energy subsequently won further funding from USDoE and eventually, along with TerraPower, was selected for support under the USDoE’s Advanced Reactor Demonstration Program (ARDP), with the goal of demonstrating the operation of their respective advanced reactors by the end of the decade.

In November 2021, with the passage into US law of the Infrastructure Investment and Jobs Act, almost $2.5 billion dollars up to the fiscal year 2025 was provided for USDoE’s contribution to ARDP. Each advanced reactor developer will split the cost of their demonstration reactor with USDoE.

The Xe-100 is an 80 MWe (scalable to a 320 MWe four-pack) high-temperature gas-cooled reactor. It uses TRi-structural ISOtropic particle fuel (TRISO), manufactured by X-energy. The fuel is similar to the pebble fuel that was under development at the South African Nuclear Energy Corporation (Necsa) at Pelindaba during the first decade of the new millennium.

As was the case with its South African equivalent, the Xe-100 can integrate into large, regional electricity systems as a base and load-following source of carbon-free power. As such, it can optimise grid use of low-emission, intermittent renewables and other clean energy resources. The reactor is also ideal as a source for industrial process heat.

As part of the Advanced Reactor Demonstration Program, X-energy and its supply chain partners will deliver a commercial four-unit nuclear power plant of its Xe-100 reactor design and a commercial scale TRISO fuel fabrication facility.

Dr Eben Mulder, who received US citizenship some years ago, says most of the scientists and engineers trained in nuclear engineering in South Africa at the North West University’s Potchefstroom campus and the abandoned PBMR neutronics group, are now working at X-energy, elsewhere in the US (eg, Idaho National Laboratory and at other reactor technology developers, eg NuScale and Ultra Safe Nuclear Corporation), or in Canada, France, Switzerland, the Netherlands, Belgium, New Zealand and Australia.

Dr Mulder believes pulling the plug on the South African PBMR project was a huge loss for the country. “The project could have put South African in a leading position in terms of nuclear technology and liberated the country from the grip of economic slavery. On the up-side, it afforded the opportunity for this fantastic technology to be fully appreciated, developed and now implemented in the US.”

Dr Mulder points out that the South African PBMR design was technologically very advanced. “In coming to America we decided to put all of that know-how and knowledge under our belts and started off with a market survey to find the sweet spot in the market. That has led to our 4-pack design of four Xe-100 reactors each delivering 80 MWe.”

One of these former PBMR team members, now located in France, is Frederik Reitsma, director, analysis, Ultra Safe Nuclear Corporation. He says MMR is an ideal solution for off-grid power and heat users such as remote communities or mines where electricity and heat are required for industrial or home use. “The standard plant includes heat storage which makes it easy to integrate with intermittent renewables in a hybrid energy local grid. It is an attractive and affordable option to decarbonise many operations dependent on diesel generators or reliant on intermittent electricity supply, typically for remote communities and mines in many countries, but specifically in Africa, arctic and island communities,” he explains.

Work on the demonstration HTR-PM power plant, composed of two reactors (each 250 MWt) driving a single steam turbine (210 MWe), began in December 2012 at Shidao Bay nuclear power plant at Weihai in Shandong province. A grid connection was achieved in December 2021.

Dave Nicholls, chairman of Necsa and the first CEO of PBMR (Pty) Ltd, has an interesting vision of a potential joint venture with China, whereby a reference machine would be built and pebble fuel be manufactured on the Necsa site with the intention to roll out the reactors in South Africa and ultimately the rest of Africa. Watch this space!

Why was the plug pulled?

Which brings us to the question why the Zuma government pulled the plug on this very promising technology, especially since the then minister of public enterprises, Barbara Hogan, was still upbeat about the project barely a year before she wrote its epitaph. At a conference in July 2009 she said that the “balance of payments has always been the Achilles’ heel in our economy. We need to grow our exports (and) PBMR is ideally suited for that kind of requirement.”

In June 2009, PBMR’s US investor, Westinghouse, reiterated its belief in the PBMR. Rita Bowser, then regional vice-president, said: “We continue to believe in the PBMR. There are good synergies between the US and South Africa to demonstrate the benefits of PBMR.”

Alas, in September 2010 Hogan announced the project’s closure, in parliament, providing a list of reasons, including that the PBMR had not been able to secure an anchor customer or another investment partner. She said further investment in the project could well be in excess of an additional R30 billion (an amount which today pales in comparison with the billions that went down the proverbial drain due to state capture and corruption).

Interestingly, she added that, should South Africa embark on a nuclear build programme in the near future, it will not be using pebble bed technology, but “would have to consider options in Generations II and III reactors”. Could president Jacobs Zuma’s plans to strike a nuclear deal with Russia have been the real driving force behind the PBMR’s closure?