New research affirms that there is growing interest worldwide in deep boreholes as an option for the disposal of nuclear waste, writes Chris Parker, Managing Director of Deep Isolation EMEA Ltd 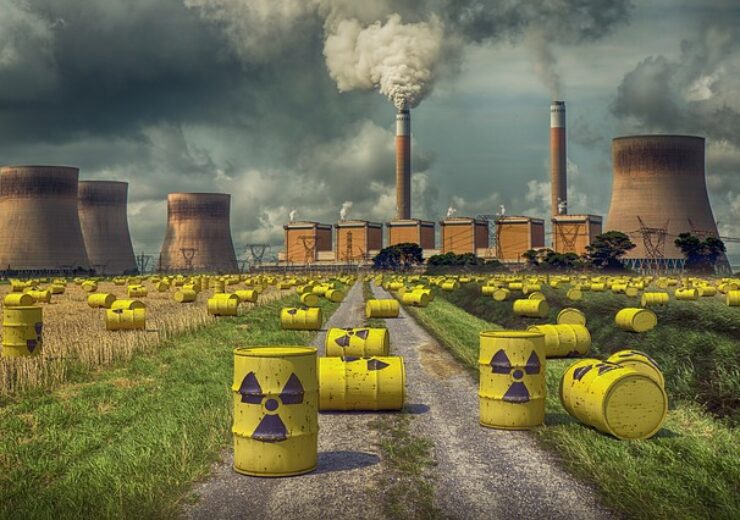 Deep boreholes offer scalable, modular, and economical disposal for spent nuclear fuel and high-level waste. It is particularly useful for countries with smaller waste inventories who do not want to bear the high cost of the safety case for a mined store.

Deep Isolation conducted a study last year of stakeholder views across 18 countries in the Americas, Europe, and the Asia-Pacific to determine perceptions about deep borehole repositories for nuclear waste disposal. Those surveyed agree that the next step for learning more about this solution is an end-to-end technology demonstration.

The research, which was presented in full at Waste Management Symposia in March, is based on interviews and surveys with members of the regulatory, policy and waste management organisations. The majority of those surveyed said they believe boreholes potentially have a significant role to play. They cited benefits of choice and flexibility, a smaller physical footprint and cost and time savings compared to central mined repositories.

Proposed changes to the EU’s green investment taxonomy require that nuclear waste and decommissioning funds must be in place and that there must be operational facilities for disposing of low and intermediate-level waste, with a plan in place for a high-level waste disposal facility to be operational by 2050. Potentially being able to deploy a borehole repository in less time than a mined repository could make this option more attractive. Deep boreholes also could potentially be co-located with a mined repository if needed.

In the research, 37 people completed an online survey, of whom 10 also did in-depth interviews. Two additional subjects completed in-person interviews only.

The study was conducted by Deep Isolation and one external researcher, Professor Neil Chapman of the University of Sheffield. Chapman is an expert in the geological disposal of radioactive wastes, with four decades of experience in environmental, strategic and waste management in the international nuclear industry.

“After years of seeing largely unstructured commentary on the potential role of deep borehole disposal in national waste management programmes, this work has at last focused light on what a wide range of policy and decision-makers really think,” Chapman said.

“The general consensus that (deep borehole disposal) could be incorporated into a suite of safe disposal solutions, considerably improving strategic and economic flexibility, ought to encourage countries to get together now and support an early multi-national demonstration project. This is becoming increasingly important as the world moves closer to a low-carbon nuclear power future,” he added.

Survey participants were asked about the key potential opportunities and benefits that they believe deep boreholes can offer; and the policy, regulatory, technical, operational and societal challenges that remain to be addressed.

When it comes to benefits, 74 per cent of respondents tended to agree or strongly agree that deep boreholes have a potential role to play in ensuring the safe geological disposal of the higher activity radioactive waste.

The benefits highlighted by those surveyed included: increased choice and siting flexibility, including the reduced physical footprint compared to traditional mined repositories; the potential for cost reductions across national waste disposal programmes; potentially attractive features from the perspective of community consent; and potential for economies of scale when it comes to regulatory processes.

The great majority of those interviewed said boreholes would likely be suitable or highly suitable for small waste inventories of spent fuel, for example fuel from research reactors, and for vitrified high-level waste that could be disposed of at or near a nuclear power plant.

There are already examples from two recent Deep Isolation studies, one commissioned by the Norwegian Nuclear Decommissioning Authority (NND) on behalf of a number of countries belonging to the European Repository Development Organisation and another for ARAO, Slovenia’s nuclear-decommissioning authority.

The NND study, published in December, found that deep borehole disposal is “a viable and cost-effective option for disposal of ERDO’s high-heat generating waste” – and that it can dispose of 100 per cent of the high-level waste and long-lived intermediate level waste that is being temporarily stored by five European countries: Croatia, Denmark, the Netherlands, Norway, and Slovenia. It estimates that a deep borehole repository would cost one-third to one-half of the cost of a traditional mined repository.

But borehole disposal is not only an option for countries with small spent fuel and radioactive waste inventories. More than half of the respondents believe that it is likely to be suitable, at least to some extent, for managing both small and large inventories.

Survey participants were asked to evaluate 26 potential challenges that might need to be overcome. A number of them were identified as being significant, including demonstrating and documenting in more detail the operational process and safety case; a lack of evidence about societal attitudes regarding boreholes as a disposal design; and the extent to which there is policy or regulatory clarity at an international level about the requirements needed to demonstrate a deep borehole safety case.

Eighty per cent of those surveyed agreed or strongly agreed that the technology needs to be more thoroughly demonstrated end-to-end before it can be implemented as a licensed disposal method; 76 per cent agreed that the operational and post-closure safety case for this method is less well-developed.

Almost half of the respondents said they did not know whether deep borehole disposal might bring benefits in terms of increased community acceptance. Some thought boreholes might be seen more favourably, but could not be more definite because societal attitudes to different forms of geological disposal have not yet been well-researched.

“The question here is about trust in science, trust in geologists,” said one respondent.

Another said it may be easier for a community member to understand the simpler structure of a borehole than a complex mining operation that requires workers and equipment underground. One said that the benefit of increased safety at greater depth would be better received, as it would not be so susceptible to tectonic events.

Most (80 per cent) stakeholders said they want to see greater international collaboration on borehole disposal, with the top priority a full-scale (non-radioactive) demonstration.

Aspects of the deep borehole technology have still to reach the maturity needed for industrial-scale deployment. Deep Isolation recently completed its first preliminary technology readiness level assessment. Overall, it concludes that spent nuclear fuel handling above ground is the most mature technical industry process and that demonstrating borehole stability and canister emplacement is the highest priority in terms of technology development planning.

It is not known whether processes such as pre-closure monitoring, canister retrieval and borehole sealing will require additional development and demonstration, because that depends on regulatory and risk-informed engineering requirements that are still being developed.

Deep Isolation agrees with study participants that an end-to-end demonstration should be a top priority. In 2019 the company completed a successful retrievability demonstration, where a nuclear waste disposal canister (with no waste inside) was emplaced and retrieved from a pre-existing drillhole in Cameron, Texas.

The company is committed to building on this by working with the international community to launch the planning process for a long-term collaborative permanent borehole demonstration.

Working with industry partners and government research institutions, it hopes to assemble an independent, science-driven, non-profit task force of experts and citizens to oversee the effort — the first public-private partnership devoted to researching how deep boreholes can be used to dispose of spent nuclear fuel and other types of high-level radioactive waste.

The goal of the project is to advance the technical readiness levels of deep borehole disposal in a progressive, cost-effective and strategic manner, accelerating the preparation for global deployment of this as a licensed disposal technology. The facility, which will not conduct any work with radioactive materials, could serve as a centre of excellence where participants map out, demonstrate and stress-test every step of the end-to-end process for handling spent fuel in Deep Isolation canisters that are transported for disposal into a deep borehole.

This project would be guided by four key principles:

As one study participant concluded: “The next, very big challenge would be to have a site or to have a test demonstration facility to show that everything that is planned or is expected from the deep hole disposal option is viable, could be implemented, that the safety can be proven also by tests, not only with calculations.”