Using a 26-metre wing with rotors to generate electricity, the Makani kite aims to harness the full power generation potential of wind 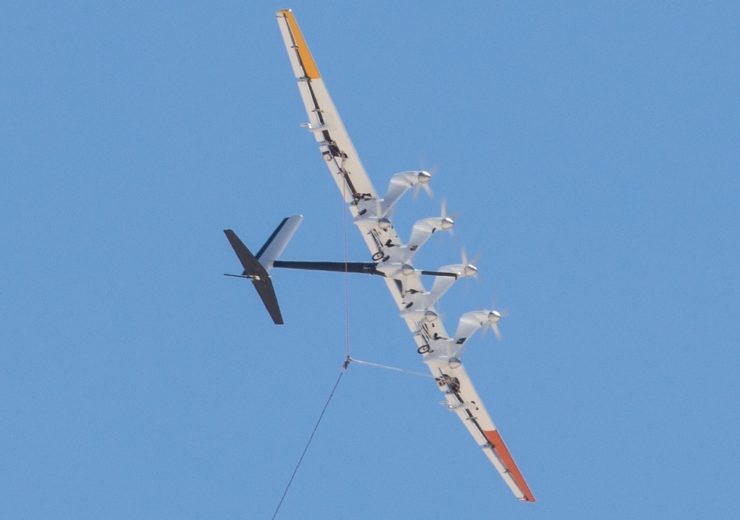 Wind power has the potential to meet 100 times the world’s total energy demand, but currently accounts for just 4% of its electricity – this is where the Makani energy kite comes in.

The idea has grabbed the attention of oil giant Royal Dutch Shell, which invested in Makani earlier this week as the California-based firm continues its bid to become an independent Alphabet subsidiary.

Here we profile Makani’s energy kite and what it could mean for wind power around the world.

What is the Makani energy kite?

Despite wind power’s massive potential, it’s limited by the fact that in many coastal areas, where winds are powerful and steady, the water is too deep for conventional wind energy technology such as offshore turbines.

The Makani kite can ostensibly solve the problem as it offers a practical way to harness otherwise unattainable wind power.

The company’s kites use 26-metre wings, tethered to a ground station, with rotors attached that spin as the wind moves through them, generating electricity that is sent down the to the grid.

Flying 500 metres above ground level, their frames can withstand loads of up to 15 Gs and are equipped with on-board computers that autonomously guide the kites’ path, using data from GPS sensors.

They also capitalise on recent advances in aerospace engineering and autonomous navigation, featuring a lightweight design that’s simple to install and operate.

In 2015, Makani began testing its prototype, managing to transfer a maximum of 600 kilowatts (KW) of electrical power – enough to power roughly 300 homes.

Here’s an explanation from the company’s website of how the kites generate power:

Makani Power and its journey so far

Makani, which is Hawaiian for wind, was founded in 2006 by Saul Griffith, Don Montague and the late Corwin Hardham.

Early in its lifetime, the company received funding as part of Google’s RE<C (Renewable Energy is cheaper than Coal) initiative.

The company, which now has more than 20 employees, first came up with the idea to use a fabric kite that would harness wind power.

Combined with a ground station, a generator, a set of integrated sensors and a lighting system to allow for flights during the night, it acted as a full kite testing platform.

The device needed more control, however, which led the team to develop a specialised wing that could be fitted with on-board rotors.

It was this iteration of the kite which generated Makani’s first power during an autonomous crosswind flight near California’s coast.

The idea scaled from there and when Alphabet acquired it in 2013, the US conglomerate inducted Makani into X – its secretive research and development lab formerly known as Google X.

Following its partnership with Royal Dutch Shell, the company is now looking to take its product into the offshore wind energy market.