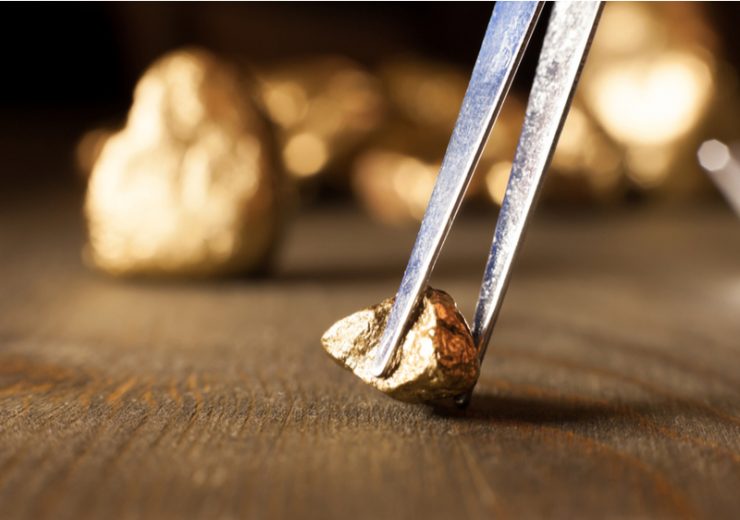 The world’s largest gold mining companies operate in diverse regions across the world, from Africa and Asia to South America, the US and Russia.

The storied metal remains a popular resource due to its high value, useful properties and range of applications. While it is still commonly used in jewelry and crafting, it is also an important ingredient in electronics manufacturing, prized for its high electrical and heat conductivity.

According to the US Geological Survey, there are around 53,000 tonnes of global gold reserves, with an estimated 3,200 tonnes mined worldwide in 2020 – a roughly 5% annual decline in output caused by the disruption of the Covid-19 pandemic.

Despite this operational disruption, however, the world’s top gold mining companies benefitted from rising commodity prices during the year as investors turned to the metal amid a downturn in traditional financial markets.

Colorado-based Newmont is the world’s biggest gold miner, producing just over 5.8 million ounces of the metal in 2020.

It retained its top spot among the world’s largest gold mining companies despite an almost 9% year-on-year production decline.

It has operations across Africa, Australia, North America and South America, and boasts mine reserves totalling 94.2 million attributable ounces of gold. It also mines copper, silver, zinc and lead.

Toronto-headquartered Barrick Gold produced just under 4.8 million ounces of gold in 2020, with its output falling by 13% compared to the previous year.

Its operations include six “Tier One” gold mines: Cortez, Carlin and Turquoise Ridge in Nevada; Loulo-Gounkoto in Mali; Kibali in the Democratic Republic of Congo (DRC); and Pueblo Viejo in the Dominican Republic.

In 2019, the company completed a merger with competitor Randgold in a $6.5bn deal. Later that year, it combined its Nevada assets with those of Newmont to create a joint venture known as Nevada Gold Mines, which is the world’s largest gold mining complex.

Barrick’s chief executive officer is Mark Bristow, who formerly headed Randgold prior to the merger.

South Africa-based AngloGold Ashanti ranks third among the world’s top gold mining companies, and is the biggest producer in Africa.

In 2020, it produced just over three million ounces of gold, which was a 7% decline on the previous year.

The miner operates primarily in Africa, with operations in Ghana, the DRC, Guinea, Tanzania and Mali. In 2020, it completed the sale of its two remaining South African assets – Mponeng and Surface Operations.

AngloGold Ashanti was formed as an entity in 2004, following the merger of AngloGold and Ashanti Goldfields.

Christine Ramon is currently the company’s interim chief executive, stepping in after the resignation of former CEO Kelvin Dushnisky in 2020.

Polyus is Russia’s largest gold miner, and produced just under 2.8 million ounces in 2020 – the 3% year-on-year decline.

It has a portfolio of mines across Russia, mostly in Siberia, the largest of which is Olimpiada in the Krasnoyarsk region, one of the largest gold mines in the world. Other significant operations include Blagodatnoye and Natalka.

The company says it has proven and probable gold reserves totalling 61 million ounces, of which 24 million ounces are held by the Olimpiada project.

Development and exploration efforts are underway at a number of other sites across Russia, notably the Sukhoi Log project in the Irkutsk region of Eastern Siberia.

Pavel Grachev has been Polyus’ chief executive officer since 2013.

Toronto-headquartered Kinross Gold produced just under 2.4 million ounces of gold in 2020, marking a 6% output decline compared to a year earlier.

The Canadian company was founded in 1993, and operates a portfolio of mines and projects in the US, Brazil, Chile, Ghana, Mauritania and Russia.

More than half of its production activity takes place in the Americas region.

In the US, the Fort Knox mine in Alaska and Round Mountain mine in Nevada are key projects, while the Paracatu operation in Minas Gerais, Brazil produced 542,435 ounces of gold in 2020.

The Tasiast mine in Mauritania is a major venture for Kinross, as is the Kupol – Dvoinoye project in Russia.

The company says it has 30 million ounces of proven and probable gold reserves globally.

Paul Rollinson has been Kinross’ chief executive officer since 2012.