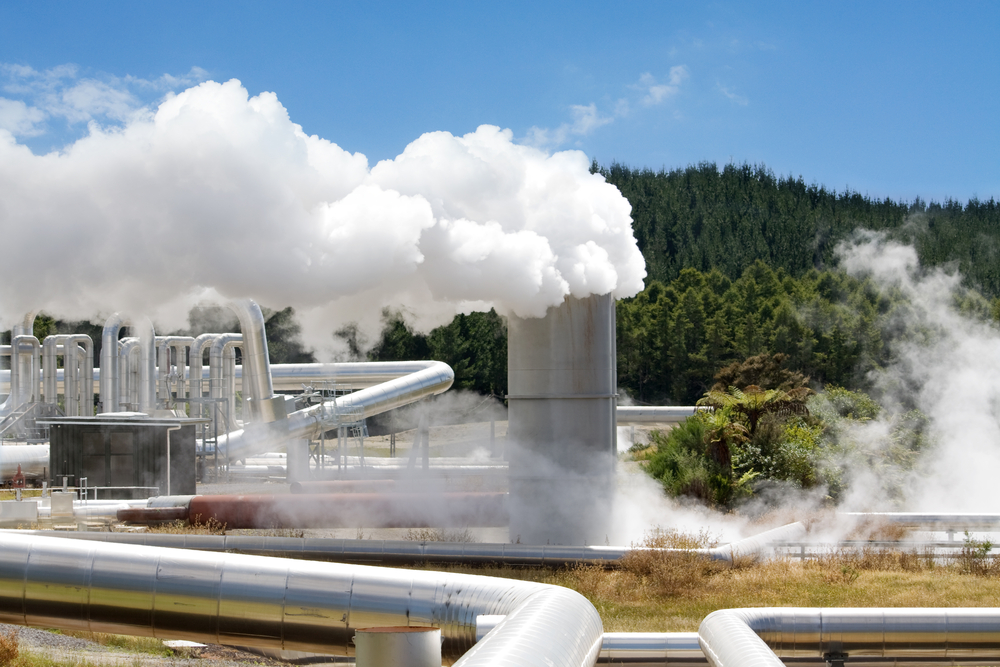 Geothermal power will be a significant by-product of a green-mining approach (Credit: Shutterstock/N.Minton)

Geothermal power is widely considered to be the most reliable renewable energy source in New Zealand and the country is home to some of the world’s largest stations.

For the purpose of processing the raw energy, there are three types of geothermal power stations that currently exist – dry steam plants, flash steam plants and binary cycle plants.

New Zealand is part of an elite group of countries that boasts several geothermal sites that have huge scope for development. It also lays claim to some of the world’s earliest large-scale geothermal energy usage.

With rising prices of petrochemical fuel and many of the hydroelectric power projects running dry, experts believe the country still has the potential for a further 1000 megawatts (MW) of geothermal energy.

The Wairakei Power Station, which is based near the Wairakei Geothermal Field in the Taupo Volcanic Zone of New Zealand, is the largest geothermal power station in New Zealand with an annual output of 1,310 gigawatt-hours (GWh).

It was commissioned in 1958 and is currently owned and operated by energy retailer and power provider Contact Energy.

The plant initially had a capacity of 161MW, but a binary cycle power plant was built later in 2005 to increase its capacity to 181MW. The purpose of the binary cycle unit is to use the lower-temperature steam that has already passed through the main plant.

Wairakei also has a major electrical substation, which is a major switching point for the Central North Island. It is owned and operated by Transpower, New Zealand’s state-owned power supplier.

The substation shoulders the huge responsibility of connecting more than half of New Zealand’s geothermal power stations and many hydroelectric power stations. It also supplies electricity to the entire Hawke’s Bay and Gisborne regions as well as half of the Bay of Plenty region.

The Te Mihi Power Station in the Wairakei Geothermal Field, north of Taupo, was a 623 million New Zealand dollar ($483m) project when it was commissioned in 2014.

The power station taps into the Taupo Volcanic Zone through the Wairakei Geothermal Field for the energy it produces. Owned and operated by Contact Energy, it has a capacity of 166MW.

With an annual output of 1,200GWh, it was originally built to slowly phase out the Wairakei Power Station, which had its output decreased once Te Mihi began operations.

The project was designed and built by the joint venture of McConnell Dowell, SNC-Lavalin and Parsons Brinckerhoff, and houses two 83-MW Toshiba-supplied steam turbines that power about 160,000 homes.

The third-largest geothermal power station in New Zealand is Nga Awa Purua, which is another power plant based at the edge of the Taupo Volcanic Zone, in the Rotokawa field.

Named Rotokawa II, the NZ$430m ($308m) project was developed through a joint venture between Mercury Energy and the Tauhara North No 2 Trust.

Construction of the 140-MW capacity power station began in May 2008, with commissioning completed in May 2010. It now meets about 3% of the country’s electricity requirements.

Owned by the Tuaropaki Power Company and operated by Mercury Energy, the Mokai geothermal power station is located about 25km northwest of Taupo, in the deep, high-temperature Mokai field.

The power plant was constructed in 1999 and commissioned in 2000. Due to its modular nature, Mokai had a very short construction period.

A dual cycle generation scheme is implemented at the power station. The first is a steam-binary turbine combination and the second is a lower-temperature brine unit that is joined to a second binary turbine.

Mokai has two power plants that use about 40% of the geothermal energy and are part of the first phase of modular development.

Commissioned in 2008 by Mercury Energy, the power station is the largest single generator geothermal plant in New Zealand. It employs a single Fuji turbine and the steam is emitted from the geothermal bores. The turbine is fed by low and high-pressure steam, which is given off when the two-phase fluid is flashed or separated twice.

Once the Kawerau power station came online, it raised the country’s geothermal capacity by 25% and now provides about a third of the region’s residential and industrial demand.

The Kawerau field also acts as a source for the Kawerau pulp and paper mill, which also benefits from its processed steam.