Wärtsilä and Hitachi Zosen step together towards fuel cell commercialisation 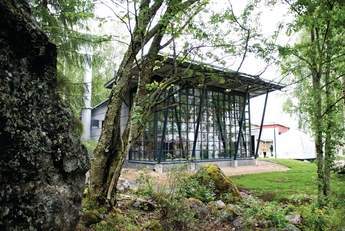 Wärtsilä and Hitachi Zosen have signed a business development agreement to develop and market fuel cell based power solutions for distributed power generation applications in Japan. The combined heat and power applications, which can be run on either city gas or biogas, will feature the use of Wärtsilä’s fuel cell technology. The applications will be developed in co-operation by both companies, and marketed by Hitachi Zosen, building on their 20 years of working together to provide Wärtsilä oil and gas fired power plants to the Japanese market.

“The co-operation between Wärtsilä and Hitachi Zosen provides an important opportunity to optimise future fuel cell products to meet customer requirements, and to facilitate optimal application development. We are very pleased to start this partnership with Hitachi Zosen in order to develop and introduce Wärtsilä’s fuel cell products to the Japanese market. This is an important step towards the commercialisation of fuel cell technology,” said Erkko Fontell, Director, Fuel Cells, Wärtsilä, Finland.

The Vaasa FC20, which has been developed and is operated by Wärtsilä, is said to be the “first of its kind in the world.” The unit is run on methane rich gas, originating from a nearby landfill site. Methane is a strong greenhouse gas that would otherwise be harmful to the environment.

The main project targets set by Wärtsilä for this groundbreaking power generation unit have all been achieved, the company says. The fuel cell unit has been in successful operation for more than 1500 hours. The demonstrated energy efficiency has reached very high levels, exhaust gas emissions are extremely low, and the unit has been able to operate consistently despite the biogas having low and fluctuating methane content.

The Wärtsilä FC20 is based on planar solid oxide fuel cell (SOFC) technology, which is supplied by the Danish company Topsoe Fuel Cell A/S.

The fuel cell unit produces an electric output of approximately 20 kW, while the thermal output of the unit ranges from 14 to 17 kW.

The varying composition of the methane rich gas from the landfill has been one of the main engineering challenges for the Vaasa test site, and it has led to the development of an efficient control system. The functionality of the system has been fully validated. Landfill gas contains also a number of impurities, such as sulphur compounds, which need to be removed from the fuel before being fed to the fuel cell system. This has also been successfully achieved.

Measurements of the exhaust gas emissions from the FC20 show them to be extremely low. The fuel cell unit does not produce any measurable levels of harmful particles, sulphur oxide, or nitrogen oxide emissions, even at part load conditions. When using biogas as fuel, the plant is very close to carbon neutral. The landfill gas used by the fuel cell power plant is classified as a renewable fuel.

Wärtsilä has also delivered a fuel cell unit producing power and heat for the Vaasa Housing Fair site. The unit is located in Suvilahti, approximately three kilometres east of the Vaasa city centre.

Wärtsilä’s centre of competence for fuel cell technology is located at Otaniemi in Espoo, and the operation of the New Energy site is supported by personnel from the company’s Vaasa engine laboratory.