The CSC is coming

Although international nuclear liability has been an incomplete patchwork of conventions and treaties, there is now hope for much greater cohesion, thanks to Japan’s announcement that it is planning to ratify the Convention on Supplementary Compensation for Nuclear Damage 1997. By Mark Richards 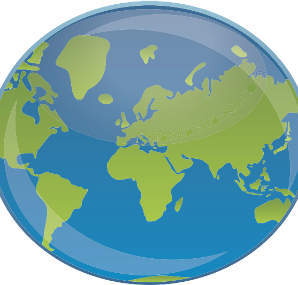 Compensation for victims of a nuclear incident was established over 50 years ago as one of the common principles of the industry. It sits alongside principles of:

The nuclear industry has proved itself an exemplar of international co-operation, self-regulation and development in relation to all of these principles. Yet in the area of compensation, the story has been one of delay, procrastination and the pursuit of national self- interest, often to the point where the interests of victims has been lost in the debate.

Governments recognised that the economic benefits of nuclear generation must be reconciled with the need to protect the public from the particular risks it poses, while protecting suppliers and financiers from potentially ruinous liabilities.

The solution lay in removing the application of tort law from nuclear accidents and establishing basic principles that:

These principles were embodied in IAEA’s Vienna Convention on Civil Liability for Nuclear Damage 1963 (amended by the protocol of 1997) and the OECD’s Paris Convention on Third Party Liability in the Field of Nuclear Energy 1960. The US used similar principles as the basis of the Price- Anderson Act adopted in 1957. The US achieved the same effective result as the Paris and Vienna Conventions but through slightly different means. It channels the economic consequences of nuclear damage to the operator even though others may be legally liable, whereas Paris and Vienna channel the legal liability to the operator, who is exclusively liable for nuclear damage. Progress in expanding, harmonising and globalising the regime over the last 50 years has been spasmodic, producing a patchwork of liability instruments. Some of these, such as the amendments to the Paris Convention made in 2004 and the CSC signed in 1997, are still not in force 10 and 17 years, respectively, after they were signed.

"Over half the reactors currently in operation are not covered by any liability convention."

The civil nuclear world is no longer geographically centred on Europe and USA as it was in the 1960s. China, Japan, India and Iran are all participants. Despite the compensation regimes established in the 1960s and the lack of any fundamental disagreement on the basic principles necessary to address the issue, over half the reactors currently in operation are not covered by any liability convention.

The channelling of liability for nuclear damage may only be achieved through international convention or treaty: it cannot be achieved by contract. It therefore requires governments to do their part to support the industry and protect victims. Where the industry has been very good internationally at ‘soft law’, for example setting safety standards, adhering to them and self-policing, enacting the ‘hard law’ necessary to give full effect to the compensation principles has proved elusive.

It is a cause for concern that development of the compensation regime has lagged behind progress on the other industry principles. It is time to recognise the global reach of the industry today, whilst acknowledging that nothing has changed: nuclear power still has the potential for long term trans-boundary injury and damage, for which the installation states must bear collective responsibility to potential victims.

Aside from that responsibility, the lack of a global convention on nuclear damage is a barrier to nuclear commerce. This refers especially to US organisations trading in international nuclear markets. The Price- Anderson Act is not an international convention and does not have extra-territorial effect. The concern for US organisations is that potentially ruinous claims may be brought against them in the USA for nuclear damage outside the country, where they are not covered by Price- Anderson, and that the US courts will accept jurisdiction if they believe the victim does not have an adequate forum in which to obtain compensation in any other jurisdiction. This drives US organisations doing nuclear business internationally to look for indemnities from the host state, or other local arrangements to allow them to conduct business without fears over liability. This makes these companies uncompetitive or unprepared to compete, especially against state-owned or -sponsored nuclear enterprises.

Three events in late 2013 barely rippled the waters of the international media. Yet they may prove to have started unblocking progress on the establishment of a global convention that has been waiting for nearly 20 years. They were:

Japan’s ratification of the CSC will bring it into force. Consequently the USA will be, for the first time, a party to an enforceable international nuclear damage convention. It will also give rise to the prospect of the first truly global nuclear damage convention. Underpinning this is the US-French commitment. Previously the two countries held incompatible positions (the USA championed the CSC and France the Paris Convention). In April 2014 France acted on its stated intentions and approved the Joint Protocol, a treaty that links the Paris and Vienna conventions. The Canadian signature adds impetus from a major nuclear nation.

To enter into force the CSC must be ratified by five countries with a minimum of 400 GWt of installed nuclear capacity. To date the CSC has 17 signatories but only the US, Argentina, Romania and Morocco have ratified it (a total of 310 GWt). The Japanese ratification (with about 140 GWt) will be sufficient to bring it into force.

The CSC is an umbrella convention allowing any country the opportunity to be part of the global nuclear liability regime. It links the Paris and Vienna signatory states with those that do not belong to either, such that the basic principles of nuclear liability law can be incorporated into their domestic law. That achieves a common approach to compensation, the definition of nuclear damage and jurisdiction. No change is necessary in either the Paris or Vienna Conventions for a signatory of either to be a member of the CSC. The only change necessary is an amendment to national laws to reflect the CSC compensation levels.

The CSC provides a substantial increase in the level of compensation available compared with the original conventions and their amendments. There are three levels of compensation. First is the equivalent of 300 million of the International Monetary Fund’s Special Drawing Rights ($192.7 million in early May) from the installation state. Second is an international fund to supplement the compensation payable under the first tier. Third, half of the international fund is reserved for trans-boundary damage. The definition of nuclear damage has been expanded beyond personal injury and property damage to include categories of environmental impairment, preventive measures and economic loss.

If the CSC comes into force, it will finally provide a consistent, simplified global mechanism to compensate victims of nuclear damage without discrimination and to an acceptable level of compensation.
There will be those that still argue that the level of compensation is insufficient or that the distribution of the financial burden is disproportionate or unfair. Let us not forget that the purpose is compensation for victims of nuclear damage by a globally interdependent and internationally-regulated industry. For 20 years interested parties have pushed and pulled in different directions. Now is the chance to focus on the benefits of a global convention rather than any of its deficiencies.

Mark Richards is Chief Counsel for International Operations for CH2M HILL. He is a former chairperson of the UK Nuclear Industries Legal Affairs Working Group and formerly the UK representative to the FORATOM Legal Task Force. None of the views and opinions expressed in this article represent the views or opinions of any organisation with whom he is associated.