Temporary power: why we are going to need much more of it

Business is booming for temporary power specialist Aggreko – with operating profit growing by about 50% in the year ending 31 December 2007. But for how long will the good times continue? 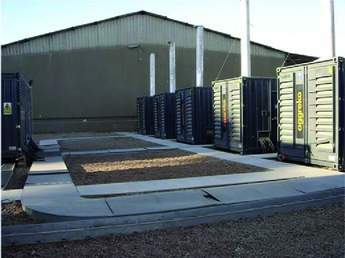 This question has prompted a very interesting piece of market research by the company, the thrust of which was presented by Aggreko’s marketing and business development director, Julian Ford, at the Aggreko/Wärtsilä/ABB-sponsored Power Quality Conference held in Dubai on 29 November 2007.

The basic conclusions are that power cuts will be increasingly frequent and of ever greater severity, and this will increase the demand for temporary power to alleviate crises.

In view of the business that Aggreko is in this will presumably have been reassuring news for the management, workforce and shareholders. But these conclusions are the result of objective analysis not wishful thinking, says Aggreko, and are based on the following observations:

• People and economies are becoming increasingly intolerant of power shortage, thanks to economic development and growing market penetration of electric powered consumer goods, eg use of large plasma screen TVs and the trend for households to have rather more than one computer each.

• There has been persistent under investment in power infrastructure and many countries are hitting critical levels of capacity utilisation.

• The installed base of equipment is ageing rapidly. Between 2006 and 2015 it is estimated that the amount of generating capacity worldwide that is 40 years old or more will increase from 370 GWe to over 1000 GWe.

• The ageing fleet is likely to become increasingly prone to failure. Existing plant is being run harder, beyond its design life and with lower maintenance, leading to increased incidence of breakdown.

• Supply-side constraints mean that there will not be enough new capacity to meet demand particularly in developing countries.

Very striking in the Aggreko study are the high growth rates for power demand that they arrive at, leading them to believe that current forecasts, such as those by the International Energy Agency, underestimate future demand for power.

Capacity utilisation in Africa, Middle East and Asia has been increasing and is now well above 50% (sources: EIA, Strategic Analytics)

Installed generating capacity is ageing fast. The graph shows the amount of capacity reaching 40 years old in a given year (source:â€ˆUDI)

The Aggreko approach to demand forecasting assumes that growth in power demand is determined by four factors: type of economy; current per-capita power consumption; forecast GDP growth; and forecast population growth. Relationships have been established between per-capita GDP and per-capita power consumption for three types of country (energy-rich, energy intensive (hot/cold/high manufacturing content), and average) and 124 country-by-country forecasts of power demand out to 2015 have been constructed based on GDP/per capita consumption relationships, population forecasts, and GDP forecasts.

The Aggreko analysis suggests demand for power will grow at about 5% CAGR to 2015, compared with IEA forecasts of just above 3% for a similar period.

Looking at the supply side, Aggreko suggests that when power production goes above about 50% of maximum capacity, the infrastructure becomes “stressed” and this is a particular problem for many developing countries, where power consumption has grown faster than generation, with “power-essential” applications growing particularly rapidly.

The Aggreko study identifies what it calls “three key demand triggers”: capacity utilisation greater than 55%; hydro greater than 65% of installed capacity; and power consumption growing at over 5% CAGR. The study postulates that “hitting two or more of these” means there is a “serious risk of power cuts.” The number of people living in countries “with two or more demand triggers” has tended to increase substantially in recent years, Aggreko estimates.

A role for rentals

Under these market conditions, rental power has a vital and increasingly important role to play, Aggreko believes, allowing power to be provided quickly (eg following equipment failure), for a short period (eg before mains supply is available or restored) and before the arrival of capital equipment (which may be subject to long and increasing lead times and project delays).

Examples of recent Aggreko rental contracts illustrating this type of application include: projects to address large scale power shortages, in Yemen, Kenya, Sri Lanka and Venezuela; projects to provide power before a permanent generating plant can be built, at mines in the Gobi and Atacama deserts and at cement plants in other remote locations; and projects to provide power for stabilisation of local grids, at cement plants in West Africa and for utility support in Angola, Uganda, Tanzania and Kenya.

In Yemen the Public Electricity Co was experiencing power shortfalls in the region of 500 MWe, with rapid infrastructure development fuelling demand, power cuts of 3-4 hours per day and no spare energy for businesses. The problems were exacerbated by a poor transmission & distribution infrastructure and delays to new power plants. The rental solution consisted of 22 turnkey projects, with 105 MWe installed in 2006 and 120 MWe in 2007.

Facing similar problems – in particular energy shortfalls in remote locations and during the summer months, rapid infrastructure development with power demand outstripping supply, poorly interconnected grids, load shedding (corresponding to about 30% of demand), lack of spare capacity for business and delays in getting new power stations on line – the Saudi Electricity Co (SEC) has had an Aggreko rental fleet for a number of years. The baseload of the Aggreko SEC fleet averages 40 MWe, with an additional 50 MWe in the summer months.

The problems created by the vagaries of hydro dependence, combined with equipment failure, are illustrated by Tanzania, with 12 hour long power cuts not uncommon in Dar Es Salaam. And once again there is a shortage of spare energy for business, while new power plants are facing delays. To address these issues TANESCO has a 40 MWe fleet of gensets rented from Aggreko running in baseload mode using gas from the Songo Songo field.

Temporary power plants for mines in the Atacama desert

Temporary power plants for mines in the Gobi desert

All in the mine

Meanwhile, the rigours of meeting the power requirements of mines in difficult locations are illustrated by projects in Chile and Mongolia.

At a Codelco copper mine in the Atacama desert, Chile, the requirement was to provide reliable power for a construction workforce of 4000. The location, at 2700 masl and drier than Death Valley, has been described as “one of the world’s most inhospitable places.” The rental solution consisted of a 5 MWe turnkey baseload power package from Aggreko, including fuel management, generators, transformers, cables, control room and 24h O&M.

In Mongolia’s Gobi desert power was again needed for mine construction, in this case the country’s second largest gold and copper mine, Oyu Tolgoi. Once again, as you might expect, the location was challenging, with temperatures ranging from -40°C to +30°C. Aggreko again provided a turnkey rental package, 6 MWe/10 kV, this time specially equipped to cope with the extremes of temperature, as well as dust and snow storms.

Another illustrative copper mining case is that of Yunan in South West China, where the existing grid supply was unreliable, resulting in extended downtime and lost production. A 9 MWe temporary power plant was delivered in three weeks, with equipment transported from Aggreko’s Shanghai depot by train and road.

Finally, cement facilities in Nigeria and Mauritania provide further examples of the benefits of temporary power in challenging locations with weak and unreliable grids.

In Mauritania a 6 MWe/6.6 kV standby power package was provided to meet electricity needs during expansion of a cement plant, the local utility grid being unreliable and causing breakdowns and lost production. Ciment du Mauritanie had analysed the options and concluded that rental power was the best solution.

At the Sokoto cement plant in Nigeria, about 1000 km from Lagos, temporary power generation was needed to help stabilise power supply and increase production capacity. A turnkey 9 MWe/6.6 kV plant was supplied and synchronised with an existing HFO power plant. The temporary facility operated for six years until the permanent HFO-fuelled installed capacity was eventually increased.