Shell has developed a soft-torque rotary system (STRS) that has saved the multinational millions in inspection, maintenance and repair, by reducing torsional vibration on the drill string, known as stick-slip. Julian Turner talks to senior well engineer Tim Wiemers about equipment degradation, inertia compensation and investment in R&D. 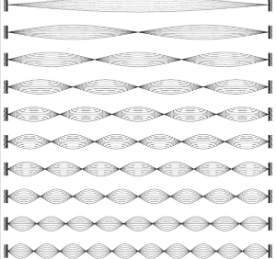 A year is a long time in the upstream oil and gas industry. Brent crude, having spiked at $115 a barrel in June 2014, collapsed to a near six-year low of under $46 at the beginning of 2015, and at the time of writing, the global industry benchmark remains resolutely stuck on the wrong side of $60 a barrel.

With capital expenditure (capex) soaring, multinationals have slashed exploration and production (E&P) budgets to the bone. Against this backdrop of forensic cost-cutting, technological innovations that can maximise oil and gas recovery rates and improve operational efficiency are at a premium.

Perversely, at a time when all the industry talk is of global issues, it is the micro, not the macro that can give operators a crucial competitive advantage. Reducing torsional vibration of the drill string, otherwise known as ‘stick-slip’, has long been an industry-wide concern and Shell has taken a major step towards achieving that goal using a proprietary soft-torque rotary system (STRS).

The technology could prove invaluable as the Anglo-Dutch operator focuses R&D on mass-drilling equipment that can exploit unconventional reserves such as shale, heavy oil and coal-bed methane.

"At Shell, we have documented cases where drilling rate of penetration (ROP) has been improved by more than 25% by mitigating stick-slip," explains the company’s senior well engineer Tim Wiemers. "The bit life is extended, enabling us to drill longer sections without requiring a bit trip.

"The repair cost of bits and other downhole components have also been reduced, all of which translates to more time on the bottom and reduced well construction costs."

Wiemers makes an analogy with a guitar string to illustrate how vibrational force is exerted on the drill string as it rotates and how this energy subsequently affects the drill’s overall performance.

"When we pluck a guitar string we add vibrational energy to the string, which vibrates at its natural harmonic frequency," he explains. "Likewise, when we rotate the rig’s top drive we add energy to the drill string, which continues to vibrate rotationally; this can intensify the stick-slip phenomenon.

"When drillers attempt to maximise rock penetration rates by placing greater weights on the drill bit, the drill string can become more twisted due to resultant higher torque. Vibration begins when the bottom hole assembly and bit momentarily slow down or even stop rotation – the ‘stick’ element of stick-slip – due to a high downhole torque; for example, when the bit is pressed hard into certain rock layers.

"At the surface, the rig continues to rotate the drill string," he continues. "The continued rotation quickly increases the trapped torque in the drill string, which eventually becomes so great that the bit and downhole assembly break free – the ‘slip’ element.

"Next, the assembly wildly accelerates to high rotation speeds as torque becomes greatly reduced. At reduced torque, frictional forces again slow down the rotation of the bit, at which point the bottom hole assembly may stick again. Thus, this process of sticking and slipping continually repeats, and usually amplifies and worsens."

As the drilling assembly continually jams and springs free again, the vibrational pressure on the drill string increases. The drill bit then stalls, causing extreme wear on drill heads and measurement-while-drilling (MWD) tools, and sending costs spiralling during the well-construction phase of a project.

"Drill bits are designed for constant rotational speeds and constant weights, not the periodic high speeds, whirling and irregular loading caused by stick-slip," explains Wiemers. "Drill bits and other downhole components are easily damaged when rotating at irregular speeds.

"Stick-slip routinely causes premature bit failures and reduced ROP since the bit is not remaining smoothly engaged with the rock at constant loads and rotational speeds. In severe cases, downhole tools might even momentarily rotate in a reverse direction, rapidly destroying the cutting structures."

The problem is exacerbated by new drill bits that employ polycrystaline diamond cutters to cut the rock, as opposed to traditional roller-cone bits that require only a limited amount of energy to turn.

In response, Shell has developed its own STRS that dampens the uncontrolled twisting of drill pipe, making it possible for the operator to finish wells quicker and with fewer drill-bit changes.

"Soft torque is an increasingly popular technique for reducing stick-slip," explains Wiemers. "Instead of rotating the drill string at a constant speed, we ‘soften’ the drive and vary the rotational speed. When the driller switches on soft torque, the average rotational speed will still be the same as before, but the top drive automatically speeds up and slows down rather than turning at a fixed constant.

"Downhole, when the bit is trying to slow down and stick, soft torque will speed up rotation of the top drive, thus increasing torque in the string to prevent sticking. A few seconds later, when the bit speeds up and tries to slip, soft torque will slow down the rotation of the top drive, thus reducing torque in the string in order to reduce the downhole speed.

"The trick with soft torque is to properly tune the system so that there is the right amount of speed fluctuation and dampening," he continues. "The system tuning depends on the inertia of the top drive coupled with the inertia of the downhole string and hole friction, which varies with the drilling depth.

Wiemers stresses the importance of correctly designing and installing each STRS on every drilling rig.

"Upon installation, a 30-minute commissioning procedure is executed to measure the inertia of the top drive and to demonstrate proper functionality of the installed system," he says. "Drillers should be provided with some brief training for how to programme and operate the system, and to not be afraid of observing the STRS automatically varying the RPM when the system is switched on.

"Drillers are sometimes concerned that the STRS might over-torque the drill string, but this has not been a problem in practice; the STRS can be programmed to stay under a maximum torque limit. However, a conventional driller’s rig torque display can be misleading due to too-high and too-low torque values because of not correctly compensating for the inertia of the top drive during acceleration/deceleration."

“Instead of rotating the drill string at a constant speed, we ‘soften’ the drive and vary the rotational speed."

Accurately evaluating drill string torque and rotational speed are critical factors in mitigating the affects of stick-slip. To this end, Shell has developed a new inertia compensation technique to ensure that the driller’s console correctly reflects drill-string torque under acceleration and deceleration conditions.

"Two pieces of information are required to perform the torque compensation," says Wiemers. "The first is the acceleration/deceleration rate. The rate of speed change can be derived by rapidly sampling the instantaneous speed signals already being obtained by the rig data acquisition system.

"The second piece of required information is the inertia of the top drive. This inertia value happens to be one of the many measured values determined when each soft torque system is commissioned on a rig. The top drive inertia is a constant value and normally does not change. Exceptions include when a different gear speed is used or else if a major top-drive component is changed out.

"If we know the inertia of the drive, and if we know how rapidly the speed is changing, we can calculate the torque required to speed up or slow down the drive," he continues. "This rapidly calculated torque compensation is then subtracted from, or else added to, the conventionally measured torque value depending on whether the system is accelerating or decelerating, and thus the driller’s display will correctly indicate the torque in the drill string just below the top drive rather than simply a ratio of the motor amperage required to rotate the entire system."

"Current soft-torque technology can reduce stick-slip in the majority of cases, but has its limitations," he admits. "The ability to mitigate is reduced in deep holes and with smaller-diameter drill pipe.

"However, there are advanced versions of soft torque currently in development and testing that are expected to provide further mitigation levels. For example, some of these control systems do not require the driller to manually enter programming parameters every stand as is currently required." Originally pioneered by Shell in the 1990s and perfected in response to advancements in digitally controlled top drives, soft-torque systems are used on all of the multinational’s drilling rigs globally.

Notable success stories include Shell’s record-breaking Pearl Development Campaign offshore Qatar, where the STRS contributed to a 30% increase in ROP and a 41% reduction in stick-slip phenomena.

Despite the depressed oil price, Shell earmarked a not insignificant $1.2 billion for R&D in 2014. Does Wiemers envisage similar levels of investment in drilling and well innovation in the short to mid-term?

"Market downturns always have some effect on upstream budgets and development projects," he says. "Large oil and gas operators such as Shell are generally slower to react than service providers, not only when cutting back in bad times but also when ramping up during good market climates.

"The 2015 price fluctuation has not had a huge influence on our offshore projects, which by nature involve relatively long-term planning and commitments. However, Shell has let go many land-based drilling rigs on a number of our land-based projects, especially those that had marginal economics at high product prices.

"Our R&D budgets have been reprioritised and our local general funding has been reduced in 2015. But despite recent belt tightening, our technology goals have essentially remained the same, and we anticipate technology development will continue to advance rapidly in the foreseeable future."