All analyses of the global energy picture today say that the wind industry has a bright future. Having experienced double-digit cumulative growth for nearly 20 years, wind is unique among modern manufacturing industries, to the point where the fastest growing job in the US is ‘wind energy technician’. But how bright is it, really? Steve Sawyer, secretary-general of the Global Wind Energy Council, explores a range of possible futures for wind energy. 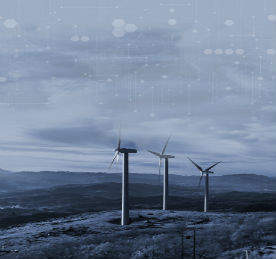 There are two overarching questions of unparalleled relevance and importance with regard to the rate and scope of wind power’s expansion out to 2020, 2030 and to 2050: 1) Will humanity once and for all join forces to combat the existential threat of climate change?  2) Is there some miraculous technological breakthrough just around the corner that will transform the power sector without the need for wind, solar and other existing technologies? An affirmative answer to those questions doesn’t seem likely, but it can never be ruled out. But before we look at the future, it is useful to look at continuities and changes to the situation recently.

Things that have changed:

What has stayed the same?

In the words of IEA executive director (then chief economist) Fatih Birol: “While variability of renewables is a challenge that energy systems can learn to adapt to, variability of policies poses a far greater risk.”

So what do we know about the future? There are some key developments that seem very likely to occur in the wind industry over the coming decades. How fast and far they go will depend on a broad commitment to a clean energy system globally.

Costs continue to come down

While the recent record-low prices for wind in auctions in Peru, Morocco and Mexico will not be replicable everywhere in the short term, we can expect prices to continue to come down.

Recently, the Lawrence Berkeley National Lab, NREL and others published an article titled “Expert elicitation survey on future wind energy costs” in the journal Nature, under the auspices of IEA Wind. Although the data for the study was collected prior to the record-low auction results in the onshore sector over the past year and in the offshore sector in the past couple of months, the study reinforces the trends that we are experiencing and that we expect to see as the industry matures.

A significant portion of the cost reductions are coming through technology improvements, which are generally evolutionary rather than spectacular, however spectacular standing next to one of the new 8MW machines may seem.

In the past few years, we have seen the widespread deployment of so-called ‘low-wind’ machines, and the deployment of Class II and III turbines in wind regimes that might have formerly seemed most suited for Class I machines. Particularly in places like Brazil, Morocco and Egypt, the steady winds and relatively mild climate mean higher capacity factors and lower cost of energy.

And, of course, we can expect machines to get bigger. One of the reasons for the recent reductions in tender prices for offshore wind is the availability of the new range of 7 and 8MW machines – the bigger and more powerful the machine, the fewer expensive foundations and support structures are required. It will probably not be long before we see 10, 12 and 15MW machines.

Transformation of the sector

In order to get to zero emissions in the power sector, and then to a totally emissions free energy system, it is clear that electricity is going to play the dominant role. As well as providing power for an increasing number of services, it is expected that electricity will take over much of the transport sector, as well as some substantial portion of heat production.

Every system is different, as is every country’s natural resource endowment; the level of interconnectedness with neighbouring systems, dispersion or compactness of the population/demand, and pattern and flexibility of demand all vary.

At the end of the day, countries will find their own way. We had news of Portugal running on 100% renewable electricity for four consecutive days in May 2016, and Uruguay did the same for six straight days in September 2016. But the clear leader is still Costa Rica, which was 100% renewable in the electricity sector for 285 days in 2015.

Wind power is an increasing contributor to CO2 reduction, and also attracts billions in investment and has created over a million jobs worldwide. But there are a number of other key drivers for wind deployment, which will apply to differing degrees in different countries.

Wind also helps us to combat another global crisis: the water crisis. Water shortage and stress are among the major impacts of worsening global climate change, and our profligacy

with this precious resource is a serious problem. The (thermal) power sector is a very large consumer, as illustrated in the chart below.

Air pollution kills over six million people a year and, globally, is the fourth largest threat to human health.

Energy production is by far the largest source of air pollution. Policymakers looking to do something about the fact that their capitals and major industrial cities are becoming uninhabitable would do well to consider a recent report on energy

and air pollution from the IEA. It goes without saying that wind, solar and most other renewables contribute virtually zero to air pollution.

Finally, wind power and other renewables enhance a country’s energy security. While that may seem like less of an issue now, when fossil fuel prices are at decadal lows, just a few years ago, the money pouring out of oil-importing states was crippling many developing economies and causing major headaches for the rest. Every kilowatt-hour of electricity generated by wind power can displace an equivalent amount of imported fossil fuel. Renewable energy is by definition indigenous, and, at least in a practical sense, will not be depleted within any time frame that matters.

There has been much talk of the role renewable energy can play to solve our energy dilemma. But that was always going to be ‘sometime in the future’, when costs come down. The facts show that the future is now, and the cost issue is all but gone. It is now merely a question of summoning the political will to put together the programmes and policies that will enable the smoothest transition to a global energy system based on renewable energy, led by wind.