Mercury and the BREF – retrofit or retire? 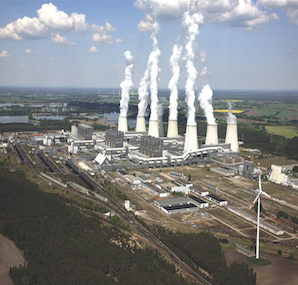 After such prolonged discussions, there are few surprises in the mercury emission limits set in the new EU BREF – the best available technology (BAT) reference document under the IED (Industrial Emissions Directive). Many view this as the last nail in the coffin for coal-fired plants which are already being wound-up. Some argue that the limits are not achievable while others are in talks to establish demonstration and test projects for new technologies.

The new limits for mercury are somewhere between challenging and extremely challenging, depending on the plant type, fuel, and the stringency of the Emission Limit Values to be set by each national environment agency, within the ranges mandated by the BREF. An “off the cuff” figure for mercury emissions from an average coal-fired power plant is roughly between 5 and 20 μg/m3, meaning most plants must act to be in compliance.

The table below summarises the new EU BREF limits and shows that they are arguably similar to the US MATS (Mercury and Air Toxics Standard) limits (at 6% O2, dry).

However, the values for the US limits are specified in lb/Btu and the conversion of this into EU units of μg/m3 has led to different values being published.

At the IEA CCC Mercury Emissions fromCoalmeetinginKruger,SouthAfrica, in March 2017, Alfons Kather (Technical UniversityofHamburg-Harburg)arguedthat the calculation method used to convert the US MATS emission limit values (in lb/Btu) into the EU limit values (in μg/m3) by the BREF review committee is flawed. Although initial figures state that the US MATS limit for hard coal is equivalent to 1.4 μg/m3, as shown in the table, Kather believes the correct value to be 2.1 μg/m3 and that the US MATS limit for lignite is equivalent to 5.3 μg/m3, again less stringent than the value assumed in the BREF discussions. If Kather is correct, then the EU is setting limits which are significantly tighter than those set under the MATS.

The US MATS rule was accepted as challenging when it was introduced. Although it is not possible to determine how many plants closed due to MATS alone, around 30% of the coal capacity that retired in 2015 did so in April, which is when the rule came into effect. The basis of the US limit, that plants should achieve emissions comparable to those of the top performing 12% of coal-fired units in the United States, may not be applicable elsewhere. This top performing US set includes plants with fluidised bed systems and dry sorbent systems, as well as advanced coal units that are not comparable with the EU fleet. The majority of coal plants in the USA already have fabric filters (baghouses) so many could achieve the MATS limits. These particulate control systems are far more efficient for capturing mercury than electrostatic precipitators (ESP), which are standard in Europe. Bromine and activated carbon addition for mercury control are relatively common approaches in the USA but are new techniques to Europe and do not work as well on plants fitted with ESPs.

German utilities are taking issue with the EU BREF largely due to their fleet of lignite plants. German experts argue that the EU limit for lignite plants requires a challenging capturerateofover95%.Anemissionlevelof < 1 μg/m3 has not been demonstrated at any ligniteplantworldwide.InotherEUcountries the BREF limits may cause significant headaches. Many coal plants in the EU fleet are older units, struggling to remain commercially viable in markets that promote intermittent power from renewable sources.

There are other issues too – in the EU, sales of fly ash can be an important part of the average plant budget. The addition of activated carbon could change the fly ash characteristics and reduce or stop sales completely.

The European Power Plant Suppliers Association (EPPSA) paper on the BREF conclusions supported the emission limits as mostly “economically and technically feasible”, but it also acknowledged that some plants would find the limits challenging, thus “endangering their economic viability”.

Measuring at the limit

Concerns should be raised about the practicality of setting emissions limits that are close to the limit of detection. There are three main ways to measure mercury: wet chemical methods (slow, clumsy and preferably avoided); CEMs (continuous emissions monitoring systems) for mercury, which rely on internal conversion of oxidised mercury into the elemental form for total mercury measurement, all within a hot and changeable flue gas mixture; and the sorbent trap method, where mercury is collected on packed sorbent beds, within sampling tubes in the flue gas duct, over a defined measurement period.

In the USA, any CEM system can be used to monitor compliance if it has passed an initial performance specification test (PSA12A) and ongoing Relative Accuracy Test Audits on site. However, in the EU each CEM must be independently certified (type tested) for use before it is even placed onto the stack. Mercury CEM systems used within Europe currently have a lowest certified range of 0-10 μg/m3 and, importantly, these certifications do not specify a lower detection limit. Instead they provide uncertainty values around and below which measurements would not be regarded as reliable. The evaluation of the accuracy or “uncertainty” of the system must take into account potential errors from such factors as cross interferences, drift, and precision as well as availability issues. Uncertainty will become more of an issue for systems working within the current and impending emission limits – whilst the uncertainty of the system itself may be ≤1 μg/m3, this is still a significant level of uncertainty when policing a limit of a similar value.

The US has a standard mercury method based on the use of sorbent traps, which can be left in the stack for a period which allows a quantifiable sample to give an average emission over time. Although there is currently no EU standard for sorbent traps, these are allowed by the BREF and a new method is being validated that should be available soon and may be cheaper.

The final issue of concern for compliance monitoring is not trivial – the current reference method for calibrating CEMs in Europe, the wet chemical method EN 13211, was validated at a lower concentration range of 4 to 10 μg/ m3 (based on a 50 litre sample volume). This is higher than the BREF concentration range for existing coal fired plant. It is therefore doubtful that the reference method could be used for determining compliance under the BREF. There has been a recent move towards using sorbent traps as an EU reference method but it will need more rounds of testing and validation.

Market opens up to meet the limit?

According to a recent report by IEEFA (Institute for Energy Economics and Financial Analysis, May 2017), there are 108 plants in the EU which can be defined as “low-hanging fruit” in terms of requiring significant and urgent SO2 and NOx control to comply with the new IED limits. Although no real mention is made of mercury emissions, it is often a rule of thumb that, without the co-benefit effects of SO2 and NOx control, mercury emissions are also largely uncontrolled. And so some may see the IEEFA report as a handy shopping list of plants which will be seeking to purchase control technologies in the near future. Unfortunately, this is not quite the case. Like many overviews, the IEEFA report looks more at the legislation than the policy and, consequently, can lead readers to some incorrect assumptions. For example, within the 108 plants deemed most likely to need retrofitting, at least six are in the UK. But the current UK policy is to close all coal- fired units by 2025. The UK hailed its first “coal-free” day in April 2017, preferring to balance the intermittency of growing wind capacity with imported gas. It is therefore unlikely that the UK will spend significant funds on retrofitting coal units. The same consideration will apply for all plants under the BREF – are the costs of required retrofits for compliance warranted taking the age and remaining profitable lifetime of the coal plant into account? In the short term, delays and derogations may be more common than rushed retrofits as plants struggle to evaluate their future worth.

But this is where the market opens up for more cost-effective, modular or easy to fit multi-pollutant control systems. The coal sector has moved beyond the stage of fitting one control system for NOx, another for SO2, and yet another for mercury. In the past, control technologies were developed and installed in series as that was how the legislation emerged – bit by bit. Plants planning to move into compliance with several pollutants at once now have the option to take a technology leap towards multi-pollutant systems. And a new wave of multi-pollutant control systems is being developed, some still at the bench or pilot stage, but also many which are more than ready to step into this market.

The EU is not the only region where multi- pollutant control technologies may find their niche. China is currently discussing lowering the mercury emission limit for plants from the current, unchallenging, 30 μg/m3, to somewhere nearer 5 or even 3 μg/m3 in some regions. China offers huge potential for pollution control systems and, although it often favours home-grown technologies, the Chinese market is probably large enough for international suppliers to find buyers.

With the EU BREF finalised, several EU member states and the EU itself felt ready to sign the Minamata Convention in May this year, taking the total number of signatory nations beyond the 50 limit that was required for ratification. The convention currently has a draft guideline for mercury control from coal-fired plants, which, although similar to the BREF in that it provides details of mercury control options, does not include any emission limits or reduction requirements. Signatory countries must propose their own national action plans for mercury minimisation which may include a range of options – anything from simple sectoral or regional reduction targets to emission limit values or requirements for specific BAT. Whilst this may mean that some countries may be required to spend very little on mercury reduction, it is likely that the GEF (Global Environment Facility) will be providing funding to targeted regions to help reduce mercury emissions where help is needed.

Wave of legislation and closures

The world is being hit by a wave of mercury legislation. We are in a short period of uncertainty that may see some delays and derogations. We will also see a wave of plant closures as older units admit they cannot maintain commercial viability. But we will also see a new era of advancement in mercury monitoring and control techniques. Expertise from the USA will fuel further development in the EU, which will ultimately lead to innovative, more efficient and more affordable, multi-pollutant control systems, which will be ideal for quick deployment in the emission control markets that will soon open up in emerging regions such as Asia, Africa and Russia.

Over the past 30 years, the IEA CCC has published numerous reports on mercury emissions from coal combustion with the most recent publication concentrating on potential global markets for mercury control technologies. Most of these reports are available for free download from www.iea-coal.org