With over 3000 deficient dams in the US, the Association of State Dam Safety Officials is pushing to create a national dam rehabilitation programme. Lori Spragens explains why securing finance for infrastructure improvements is becoming increasing important 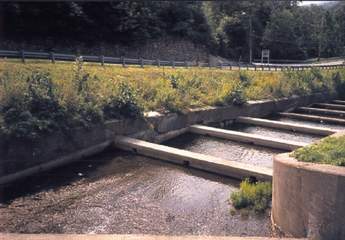 Coalitions are forming within the US federal government, at state levels and within non-profit associations, including the Association of State Dam Safety Officials (ASDSO), to help finance infrastructure improvements within the country.

The combined effect of rapid downstream development, ageing structures and necessary upgrades to meet more stringent and updated technical standards, has forced dam owners to spend hundreds of thousands, sometimes millions, of dollars on their structures. However, most owners, from small cities to private owners, simply do not have this kind of money.

One of ASDSO’s current goals is to focus national attention on and create programmes to assist with such dam rehabilitation in the US. Its first step is to convince Congress to implement a national funding programme. With this in place, the next step will be to push state governments to create state-level dam rehabilitation assistance programmes that could work hand-in-hand with their federal counterparts.

During 2001/2, ASDSO carried out a study that brought to light the magnitude of the funding needed to repair US dams. The study estimated that US$36.2B is needed to rehabilitate dams across the nation, based on the national inventory of non-federally owned dams. It is estimated that US$10.1B is needed over the next 12 years to address the most critical dams – high hazard potential dams – that pose a direct risk to human life should they fail.

Repairs to publicly owned dams are estimated at US$5.9B. The estimates are based on the size of the dam, the costs of deferred maintenance, the cost of engineering evaluation and design, the cost of rehabilitation, and the cost of capacity and structural upgrade.

This 2002 estimate does not include costs for administration of a funding programme, nor does it take into account the fact that the inventory and number of high hazard potential and deficient dams keep increasing (in fact ASDSO is currently updating the 2002 report to take additional variables into account, such as environmental requirements, and to use new design and construction cost estimates and current dam inventory numbers. The report will be released in 2009).

With ASDSO’s dam repair cost data in hand and strong support from the dam safety community and dam owners, ASDSO and its partner the American Society of Civil Engineers (ASCE) started talking to federal lawmakers in 2002 about creating a federal assistance programme. By October 2004, enough momentum was created to see the introduction of the Dam Rehabilitation and Repair Act of 2004.

Four years later, the act is still not law. In October 2007, however, the US House of Representatives passed the bill that would create this programme, and the Senate is currently considering a similar bill. Considerable work is underway by ASDSO and ASCE to push the Senate to pass this bill in 2008. The goal is to have the president sign into law a new dam rehabilitation assistance programme that could begin in 2009.

If passed, this programme would create a federally administered funding programme. This will provide US$200M over five years in federal grant funds to be cost-shared at 65% federal to 35% state/local for non-federal, publicly owned dams. The legislation would provide funds to states based on the number of high hazard potential dams in each of the participating states. It would be a voluntary programme where states would choose to accept the federal funds to cost-share with state funds or municipal funds. The state dam safety programmes would determine which high priority dams are chosen to receive the repair funding.

The new Dam Rehabilitation and Repair Act, if passed, would only be a start towards addressing the need. For a variety of reasons the programme is set up only to help publicly owned dams. With almost 68% of dams in the US privately owned, there is still an urgent need to create ways to assist these owners with their rehabilitation efforts.

Paralleling ASDSO’s federal initiatives is a goal to see more states create their own loan or grant programmes for dam rehabilitation. There are currently only a few programmes available for the rehabilitation of non-federally owned dams. The Small Watershed Dam Rehabilitation Programme, administered through the US Department of Agriculture, provides funding to assess and rehabilitate a portion of the 10,000 dams constructed by the Department of Agriculture’s Small Watershed Dam Act.

These dams dot the nation – most are in the Midwest – and are now owned and maintained by local watershed districts. Watershed districts, like many dam owners, are strapped for cash, especially the large sums needed to finance costly dam repairs. Since 2000, US$197M has been appropriated for the rehabilitation of such dams. The funds provide all technical assistance costs for planning, design and construction oversight, as well as 65% of the total costs for rehabilitation. Local sponsors provide the remaining 35% of the costs. By September 2008, 101 dams will have been rehabilitated through this programme at an average cost of US$1.5M per dam. Dam rehabilitation costs have ranged from US$250,000 to US$8M.

The US Army Corps of Engineers (USACE) is also authorised by the Water Resources Development Act to assess and assist with the rehabilitation of certain non-USACE dams as called upon by members of Congress. Recently USACE was asked to evaluate the structural integrity of ten state-owned dams in Vermont. It was also called upon to partner with the Indiana Department of Natural Resources to perform emergency inspections on over 100 dams following unprecedented flooding in the Midwest.

States regulate the vast majority of the 80,000 plus dams listed in the National Inventory of Dams – dams that are owned by the states themselves as well as dams owned by cities and towns, watershed or flood control districts, utilities, neighbourhood associations, farms and industries, parks and other types of owners. Currently, 16 states have funding programmes that provide loans or grants to repair dams or to provide inspection assistance to owners. Most of these programmes can only give money to dams that are publicly owned or backed by a public entity. While some of these programmes have been quite successful, they can only address a portion of the dams that need to be rehabilitated. And many are currently suffering from state budget cuts.

For example, Wisconsin’s dam rehabilitation assistance programme, initiated and well-funded by the state legislature throughout the 1990s, is suffering now. Although over US$12M was allocated for repairs to unsafe dams in 83 communities, the recent budget crisis has put a stranglehold on the programme. It has not been funded in the last two budget cycles, and attempts by the Department of Natural Resources to make it part of a permanent department budget have failed.

In Arizona an estimated US$74M is needed to fix the state’s 18 deficient dams. The balance in the state’s dam repair fund is US$600,000 (reported in 2005). But the state fund is depleted because it is partially supplied by fees collected by the state for dam inspections. Cutbacks in department staff led to cutbacks in the number of inspections, and, consequently, the amount of money for the fund. From 2001-3, the total of collected inspection fees decreased from US$135,000 to US$18,000.

Federal funding would serve to supplement the programmes already established in these states and jump-start new programmes in the remaining states.

New Jersey is one state that has established such a rehabilitation programme. Cupsaw Lake dam is a good example to illustrate how the funding mechanism can work successfully.

The Cupsaw Lake dam is a high hazard dam located across Cupsaw Brook in the Borough of Ringwood, Passaic County, New Jersey. The dam is owned by the Cupsaw Lake Improvement Association, a private homeowner association. The community consists of 1200 families, of which approximately half belong to the Association and pay $350 annual dues.

The dam is a 10.6m high earthen embankment dam with a concrete overflow spillway. A number of homes and businesses located downstream of the dam could be adversely impacted in the event of dam failure. USACE’s Phase 1 study determined that this dam possesses inadequate spillway capacity.

The rehabilitation of the dam included the construction of a parapet wall along the crest of the dam to prevent overtopping under design storm flood conditions. Concrete repairs were also made to the deteriorated spillway and discharge channel. A US$405,360 contract was awarded for project construction. The association would not have been able to complete the project without assistance from the State of New Jersey in the form of a US$350,000 low interest loan.

In accordance with the requirements of the state loan programme, the Borough of Ringwood co-signed the loan agreement with the association. The borough agrees to take over repayment of the loan in the event of default by the association. By law, the borough would be able to use its taxing authority to make a special assessment to pay for the loan if they were to become responsible through default.

The challenge at federal and state level continues to be securing adequate funding countrywide for dam rehabilitation. With the 2008 US presidential election, a new administration and a new Congress will be in place. ASDSO and its partners will continue to walk the Halls of Congress pushing for a federal dam rehabilitation programme.