The prospects of adopting Chinese nuclear reactors in China and internationally has become a regular topic among nuclear energy providers, governments and investors, because the need for new nuclear power generation in Europe and beyond is rising, and financing – outside state funding – is rarely available. China can offer both nuclear reactors and finance as Rumyana Vakarelska reports. 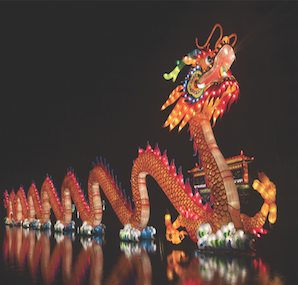 China’s independently developed Generation III Hualong One PWR reactor design is expected to see its first two demonstration units in operation in China in the second half of 2016, according to China National Nuclear Corporation (CNNC). It is expected to be ready for a series of new construction projects after that date.

CNNC says that its version of the reactor is an “independently-innovative outcome from 60 years of research ability and 30
years of practice and experience in nuclear power R&D”. The company adds that it “has become the brand designated for our nuclear power technology export strategy. HPR is well-based on nuclear power self-reliance and localisation, incorporates abundant experience in construction and operation, and has strong economic advantages.”

CGN in a 2016 corporate report on its version of the Hualong One describes the reactor technology as a reactor that “adopts both active and passive safety design concepts, fully implements the defence-in- depth design principle in a balanced way and takes sound precautions against severe accidents and mitigation measures in case of accidents”.

CGN adds that “auxiliary safety systems can be customised. The targeted localisation rate of the engineering equipment for the first reactor is more than 85%, which can help further enhance domestic equipment manufacturing and lower the engineering cost”.

The rate of China’s new nuclear construction is at present well ahead of that in either Russia or France. This trend is expected to continue as Chinese nuclear technology advances and the country’s domestic nuclear capacity expands.

This year, CNNC and CGN announced that they have established a joint venture, Hualong International Nuclear Technology, to export the Hualong One design. The joint venture officially opened and started work in March 2016, the two companies said in a joint statement at that time, although plans for the joint venture had been established late in 2015.

Hualong One is the first Generation III reactor design for which China owns all intellectual property rights. The earlier versions of Hualong One were CNNC’s ACP1000 and China General Nuclear Corporation’s (CGN) ACPR1000+ reactors.

Westinghouse is building two AP1000 PWRs at Sanmen and Haiyang in China, after which intellectual property rights for the reactor in China transfer to the Chinese side.

The first Hualong One pilot project is under construction in Fujian province. CNNC says that the reactor has achieved a breakthrough in the calculation and analysis software, reactor core design, fuelling, and active and passive safety technology.

So far six Hualong One units have been approved for development. Construction started at Fuqing 5 and 6, China’s first two units using the design, with the first pouring of nuclear concrete on 7th May 2015, and 22nd December 2015, respectively. ‘First concrete’ at a new plant marks the actual start of reactor construction, whereas civil and preparatory work may have been done in advance.

The second and third units at the Karachi nuclear power plant in Pakistan are the first overseas projects to use Hualong One technology. China and Pakistan signed contracts to build the two units in 2013. The second unit at Karachi poured first concrete on 20th August 2015. The third unit at the site, which will also use the Hualong One design, was expected to pour first concrete in the middle of June, said CNNC.

However, introducing Hualong One into Europe and expanding in that market “is more tricky”, according to a senior director of a UK nuclear company. “Generic Design Assessment (GDA) of Hualong One cannot commence until EDF makes its final investment decision (FID) for Hinkley Point C in the UK, which is the first European country to adopt the reactor in the middle of the next decade.

“Without this nothing is certain and the UK government is not going to allow GDA of Hualong 1 to commence without signed contracts,” the director said.

His main arguments were that it will take at least four or five years for the Hualong One design to get through the GDA regulatory approval process. The company would have to consider what the European landscape might look like by then and see what opportunities might be open for the Chinese design.

By that time, he suggested there would be very limited – if any – interest from any additional European countries in wanting to build new nuclear reactors. “Those countries that are developing nuclear will be well down the path with what technology is available today – Poland, for example, already has five teams competing for its new nuclear projects – and the Chinese design is not included”, according to the expert.

Looking at European countries with existing nuclear, he said Finland will be focusing on completing the projects it has started (the Olkiluoto 3 EPR and the Fennovoima VVER). “France will not be doing any new builds after the Flamanville 3 EPR. Hungary is using Russian technology, while Romania will go for Candu technology. The Czech Republic may come back to the table in the next five years and could possibly consider the Chinese [design].

“There may be other Eastern European countries developing new nuclear, such as Ukraine, where funding might be important, but strategic considerations also come into play”, the director said. “I think the European market is going to be quite difficult for new nuclear prospects, unless there is a change in approach from the EU that encourages nuclear as a low carbon source; rather than focusing on renewables”.

“China is keen to get its design licensed in the UK and to an EU standard. The UK’s GDA is perceived as providing one of the world’s highest regulatory standards,” the UK director said. Meanwhile, China could be investing of the order of £12 billion to get a third share of the Hinkley Point C and Sizewell EPR projects, before taking on two-thirds of the investment in a plant at in Bradwell in Essex.

Stephen Thomas, professor of energy policy at the University of Greenwich said: “The fate of Areva will be key to CGN and to a lesser extent CNNC.

“Reports that Mitsubishi will invest in Areva and promote the Atmea One design mean there will be no space for CGN and their Hualong One design in Areva, which will not want two 1000MW designs. It also depends on whether Areva can be rescued as a going concern and taken over by EDF or whether its potential liabilities are so large it will have to be abandoned”.

“CGN has made no commitment to fund the Hinkley Point C plant and the Chinese side may be disillusioned with the French industry and its cost and time overruns, sub-standard components and financial weakness,” according to Thomas.

If, as seems increasingly likely, Hinkley Point C is abandoned it will depend whether the whole nuclear programme is abandoned, in which case Bradwell will go, or the Horizon/ NuGen/CGN projects are fast-tracked, Thomas said, referring to the various current new nuclear construction scenarios in the UK.

Thomas noted that apart from completing one or two old Candu reactors in Romania, he does not see any other prospects for CGN in Europe. “CNNC does not seem to have any strong export prospects. The best, Argentina, as SPI (strong performance indicator), is hard to read. Start of construction of the first CAP1400 in China is continually delayed and an order from Turkey is a long way from being signed”, Thomas said.

As a result the Hualong One design might not be submitted to the UK regulator, the Office of Nuclear Regulation (ONR) this year. It is questionable whether CGN has a clear idea of how fully developed a design has to be to submit it to GDA, said Thomas. He suggested that the Chinese company was relying on EDF to help with that process, but EDF has other priorities. “I think it is significant that CGN has not specified how many reactors it wants for Bradwell, therefore there is not a fixed time scale for project delivery,” he said.

Pollution in China is an opportunity for new nuclear

Nuclear energy might not be the whole solution but it is part of the solution in China, according to Jean-Marie Bourgeois-Demersay, French dean, China-French Institute of Nuclear Engineering and Technology, IFCEN, Sun Yat-sen University. Bourgeois-Dermersay said that was because a key issue in China was clean air.

Cao Shudong, vice president, CNNC agreed that China has a severe problem with smog. The big problem is the energy mix, and emissions and pollution from thermal power in particular. This represents a big opportunity for nuclear in China. Although new nuclear has become a bigger challenge after the Fukushima accident in 2011, the opportunity is still there, Cao said.

“China intends to have 58,000MW of nuclear capacity in operation in 2020, but even with this, nuclear will only make for three percent of the energy mix in the country”, Cao said.

China is also seeking to expand its nuclear manufacturing industry and plans to export its Hualong One reactors to a number of countries, including South Africa. Last November Argentina and China reached a framework agreement for a fifth nuclear unit in Argentina. This will be the country’s first PWR, but the country has chosen Chinese technology. According to Argentina’s planning ministry, the CNNC version of the Hualong One will contain 177 fuel assemblies, adopting the core design of CNNC’s ACP1000 reactor and its CF series of fuel.

“China is very interested in what each country does well and is learning fast from that, in the face of, CGN’s construction of two EPRs in Taishan and EDF/Areva, where CGN is the French utilities’ industrial partner,” according to Bourgeois-Dermersay.

The role of Chinese SMRs

In addition to the Hualong One, China is also seeking to develop a small modular reactor (SMR). SMRs are currently the subject of a global technology race, with the UK, US and Chinese governments all competing to encourage construction of the first full scale SMR design in their countries by the mid-2020s.

“Public acceptance is one of the biggest challenges facing the SMR market in China,” said Shuai Jianyun, director of the CGN Research Institute. However, he said he was confident that SMRs can find a successful place in China and internationally.

Canada, which already has significant nuclear generation, is one potential home for SMRs. Ron Oberth, director of the Association of Canadian Nuclear Industries, listed the advantages of Canada for international nuclear investors, without directly naming China as a future bidder for Canadian nuclear construction. He said the regulator is flexible and technology neutral, and SMRs in the range of 100MW to 300MW would be an ideal solution to replace coal plants in Canada.

Consulting engineers Hatch undertook an SMR deployment study for Canada in June 2016, considering them for remote sites in Ontario. It found that if 50% supply chain content from Ontario could be achieved, there would be $4 billion (£3.02 billion) worth of economic benefit for the Canadian province. According to the study, site-specific licence applications should be done by 2022-23, and deployment might be expected later in the 2020s.