The global wind energy market expanded significantly in 2012 and is set to experience steady growth over the next seven years. Here, GlobalData assesses the wind tower market to 2020 in terms of size, segmentation, competitive landscape and key country analysis. 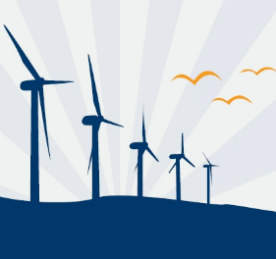 China, the US and India top the wind tower market

The global annual tower installations increased steadily from 2006 to 2008 due to favourable governmental policies in several countries and an increase in environmental awareness (see Figure 2). However, the financial crisis in 2009 severely affected investment in most industries, including wind energy, leading to a reduction in the number of planned projects reaching completion. This resulted in a fall in the number of towers installed in 2010.

Installed capacity fell in 2012, but a slight improvement over 2009 levels is expected this year because deferred projects from 2010 will most likely be executed. As well as this fall in capacity, the increase in average turbine capacities also reduced the number of towers required. From 2014 to 2020, the addition of wind energy capacity is expected to increase significantly. Once again, the number of towers installed annually for this period will increase only slightly due to average turbine capacity rising each year.

China was the largest manufacturer and user of wind towers in the world in 2011 (see Figure 3). Being a manufacturing-intensive economy, and supported by government subsidies and favourable policies, China produces wind towers at a low cost due to economies of scale, and these turbines are in great demand, locally and overseas, as a result of their price advantage. Being the largest wind power market in the world, China also uses large quantities of wind towers, all of which are manufactured domestically.

Although China is the largest exporter of wind towers in the world with 2.4 and 2.6GW of towers exported in 2010 and 2011, respectively, exports account for a very small portion of the country’s production, with more than 18GW of towers installed domestically. The US is the major export market for Chinese wind towers. Chinese companies, however, have been accused by US wind tower manufacturers of supplying wind towers at a less than reasonable price due to an unfair advantage enjoyed by Chinese manufacturers resulting from government subsidies. The US International Trade Commission has levied an anti-dumping duty of between 13.74 and 26% on Chinese imports of wind towers.

This will affect the exports of wind towers manufactured in China, but will not adversely affect the industry, as exports form a small portion of the demand for towers made in China.