The development of a modelling package will help developing countries to make more informed decisions about small hydropower potential, and the future impacts of climate change. 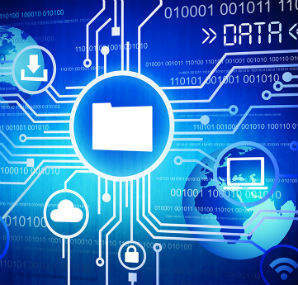 Engineers at Oregon State University in the US have created a novel modelling package which can be used anywhere in the world to assess the potential for small hydro developments.

The system, called the Hydropower Potential Assessment Tool (HPAT), is described by the Oregon State University researchers as being easy to use, and does not require data that is often unavailable in many developing countries or remote locations. In addition, it can also consider current hydropower potential, as well as future projected changes which may occur in climate and stream run off.

The research team which comprised Thomas M Mosier, Kendra Sharp and David Hill, says that many existing tools for characterising hydropower potential only consider historic conditions.  “However,” they add, “in light of recent and projected future climate changes, considering a site’s projected future hydropower resource potential over a range of climate change scenarios is necessary to ensure that infrastructure investment decisions are robust over the lifetime of the project.”

The researchers went on to explain that they decided to focus their work on assessing small scale run-of-river potential, as “there is a need for a tool that has global applicability to site these projects and model how climate change may impact future system performance”. Indeed, small scale systems are important in many developing regions of the world, but this is where tools to assess resource potential are most limited.

The Hydropower Potential Assessment Tool is a set of integrated models written in Matlab that is capable of modelling the run-of-river hydropower potential at each grid cell in a study domain. It can assess resource potential at a single location or can be distributed over a study region. The general method for implementing HPAT involves:

This new technology was field tested at the 5MW Falls Creek plant in Oregon, US. Located on the western slopes of the Cascade Range, the plant receives an average of 2.2m of precipitation annually, some of which is stored seasonally as snowpack. Historic annual gross generation from 1985-2014 was just under 16,000MWh, with most of the generation occurring from November to June.  HPAT projected that future climate changes will shift its optimal electricity production from spring to winter and that annual hydropower potential will slightly decrease from conditions during 1980-2010. These types of changes are described as being consistent with climate change projections for the Pacific Northwest regions of the US.

According to Mosier et al, the only region-specific data input to HPAT that must be obtained are stream gauge data for model calibration. All other inputs are available for global land areas. The researchers hope that HPAT will aid engineers and policy makers with informed decisions about hydropower infrastructure development and investment, not only in the US but also in more ‘data sparse’ regions where hydropower potential exists, such as Pakistan and Nepal.

This free open source software programme is available to anyone on request by contacting Kendra.sharp@oregonstate.edu