Bechtel and Calera cement their relationship

A California start-up, now in a strategic alliance with Bechtel, is proposing that the best way to sequester carbon dioxide from fossil plant flue gas is to use it as a raw material to make building materials, such as cement, for which there is a large demand and which can be sold at a profit. 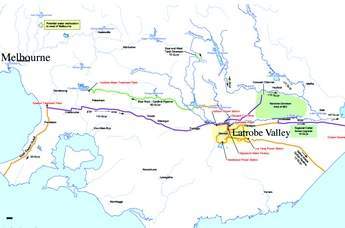 We are very confident that our approach is the most technically viable, rapidly deployable, cost-effective and industrially scalable solution for large point-source emitters of CO2,” says Brent Constantz, specialist in high performance and novel cements (notably for medical applications), and founder and CEO of Silicon Valley start-up Calera.

His company, which he set up in 2007, is developing a radical alternative to the conventional wisdom that the only way to deal with vast quantities of carbon dioxide captured from fossil plant flue gases is geosequestration, ie simply stored underground in geological formations or used for enhanced oil recovery in depleted fields.

He is proposing that the carbon dioxide should instead be converted to calcium and magnesium carbonates and then used to manufacture building materials such as cement, supplementary cementitious materials, aggregates, and sand – turning the process of carbon dioxide capture and sequestration into a profit centre, rather than an added cost burden, providing a substitute for conventionally-produced cement (which is highly energy and CO2 intensive) and also promising the added bonus of copious clean water production. A further benefit is that the process also provides a high level of SO2 removal and can capture particulates, mercury, and other metals.

As mentioned in last month’s issue the concept has recently gained additional traction with the signing of a strategic alliance between Calera and Bechtel to “develop and construct facilities using carbon capture technology,” helping Calera fulfil its business plan of constructing a number of demonstration plants to validate the commercial viability of its technology.

Bechtel has in fact already worked extensively with the Calera team, at its headquarters in Los Gatos and at its pilot plant adjoining Dynegy’s Moss Landing gas fired power plant, Monterey Bay. The scope has included the engineering, design and optimisation of several projects of increasing scale, as well as on government grant applications.

According to Ian Copeland, president of Bechtel Renewables and New Technology, “the fundamental chemistry and physics of the Calera process are based on sound scientific principles and its core technology and equipment can be integrated with base power plants very effectively.”

While, not surprisingly, he says “there are challenges to bringing the Calera process to commercial scale”, he believes “they are not as great as those facing other carbon sequestration approaches.”

At the heart of the Calera process is what it calls carbon mineralisation via aqueous precipitation – CMAP – consisting, basically, of reacting the carbon dioxide in flue gases with water (seawater or brine from inland aquifers) to produce carbonic acid (CO2 + H2O › carbonic acid) and then converting the carbonic acid to limestone, with the addition of cations and alkalinity (carbonic acid + cations + alkalinity › limestone). The alkalinity can come from fly ash, wastewaters, and brines, as well as be provided in the form of sodium hydroxide. Production of sodium hydroxide has traditionally required significant energy use, but Calera says it has developed, patented, and proven an innovative electrochemical process that significantly reduces the energy demands. Calera believes

this low energy electrochemistry is a key differentiator of its approach.

At Moss Landing, formerly the site of a facility for extracting magnesium from seawater, Calera has established the Moss Landing Cement Company and a pilot plant has been in operation for the past couple of years capturing carbon dioxide from a slipstream of flue gas pumped from the Dynegy gas-fired power plant.

of flue gas with

In September 2009 the US Department of Energy announced that, under its programme to support “innovative concepts for beneficial carbon dioxide use,” Calera was to be awarded a grant for expansion of the Moss Landing facility to demonstration scale, treating a 50 MW equivalent slipstream from the Dynegy plant.

The longer term plan here is for high value SCM (supplementary cementitious material) produced from the carbon dioxide capture process to be exported to Asian markets, in particular India and China.

A 5% carbonate mineral solid slurry would be produced from CMAP facilities near the power plants and then pumped to the coast, where the dewatering, thickening, and spray-drying would be done. Cement and aggregates produced in coastal facilities would than be transported by ship to Asian customers.

Brent Constantz lists the benefits of the Calera Yallourn project as follows: greater than 70% carbon dioxide removal, with minimum energy requirements; greater than 95% SO2 removal without additional equipment; production of clean water with significantly lower energy demand and less carbon footprint than conventional desalination (an important consideration in an area prone to drought); and production of “green” building materials that can be used instead of conventionally manufactured cement, providing additional energy and carbon dioxide savings.

A key selling point of the Calera process is that, by making carbon capture and sequestration into a profit centre – with the possibility of substantial revenues – and avoiding the permitting and public acceptance problems that are likely to

be encountered with geological carbon sequestration, risks are greatly reduced compared with other CCS routes. Indeed, a CCS scheme based on the Calera technology would come within the realm of “standard project financing”, says Brent Constantz.