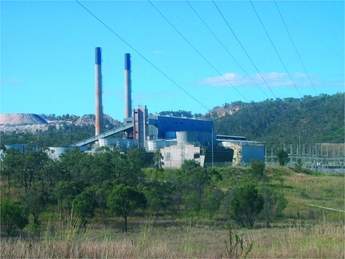 Australia may not have ratified Kyoto, but this has not prevented the Australian government putting significant sums of money into greenhouse gas reduction development projects through its $500 million Low Emissions Technology Demonstration Fund (LETDF) – a situation reminiscent of that in the USA, another high profile Kyoto refusenik. While Australia has not committed to Kyoto, it is (along with the USA, China, India, South Korea and Japan) a member of the AP6 (Asia–Pacific Partnership on Clean Development and Climate) and believes that a number of the technologies being supported under LETDF will be of potential benefit to other AP6 members.

Australia’s LETDF aims to address the technical risks and capital costs of demonstrating low emissions technologies and is designed to leverage additional private sector investment. To be eligible for funding the technology must be judged to have the capability to be commercially available by 2020-30 and be estimated to be able to reduce Australia’s energy sector emissions by at least 2% per annum over the longer term.

The latest LETDF funding announcement was on 12 March when the award of $100 million to Victoria-based HRL Limited was made public. The money will go towards the company’s planned $750 million 400 MW integrated drying and gasification combined cycle (IDGCC) power plant. This will use brown coal (lignite) and will be sited at the Loy Yang coal mine in Victoria’s Latrobe Valley. The money is in addition to an Aus$ 50 million grant from the Victoria government under its Energy Technology and Innovation Strategy (ETIS) scheme. The balance of the funding, as yet to be finalised, will come from private equity and debt finance.

The proposed 400 MW demo plant would be developed through a joint venture agreement with Harbin Power Engineering Co Ltd (HPE), a subsidiary of Harbin Power Equipment Group Corp. In April 2006 HRL and HPE signed an alliance agreement on joint development of IDGCC power plants in China and globally.

Victoria based HRL has been developing IDGCC, which combines pressurised drying and gasification with combined cycle, for around 15 years, and says Aus $ 140 million has been invested. The technology has been proven at 10 MW scale in the Latrobe Valley, with electricity provided to the grid.

HRL estimates that IDGCC technology will produce power with 30 per cent lower CO2 emissions and half the water consumption of conventional brown coal power plants. Brown coal accounts for about 20% of Australia’s power. It is also an important fuel source in China, India and Eastern Europe and the demo project is seen as an opportunity to establish Victoria as a global centre of expertise in cleaner brown coal technology and gasification.

Construction of HRL’s IDGCC power plant was expected to start in mid-2007, with commercial operation possible by the end of 2009.

Brown coal drying, seen as crucial to reducing the emissions profile of Victoria’s power industry – and therefore securing its future – also figures in another LETDF project (announced on 26 October): the proposal to retrofit a 200 MW unit of International Power’s 1600 MW Hazelwood power plant with the technology. The lignite drying to be fitted at Hazelwood, as part of the Hazelwood 2030 project, is of the WTA type (fluidised bed lignite drying with waste heat utilisation), that has been under development by RWE in Germany and trialled since 1993 at small scale, adapted to Australian conditions with the help of Alstom.

A first module using the WTA technology, which could increase plant efficiency by 4 percentage points, is under construction at the Niederaussem BoA lignite fired power plant in Germany, with operation due to start in 2008. In the WTA fluidised bed system raw lignite is dried at 120ºC and the steam produced is used to heat the power plant boiler water.

The technology could be adapted and retrofitted to other power stations in the Latrobe Valley, in addition to Hazelwood.

The Aus$ 50 million Hazelwood project will also include the fitting of a pilot-scale facility to capture and store carbon dioxide at a rate of 25 tonnes per day – another part of the Hazelwood 2030 programme. The capture system, using a scheme developed by the Co-operative Centre for Greenhouse Gas Technologies and the Process Group, is due to be operational in 2008, while the lignite drying installation, due to start in 2007, is to be completed by the end of 2009.

Oxyfuel demo at Callide A

Also announced in October 2006 was the award of Aus $ 50 million to CS Energy for its proposed oxyfuel retrofit demonstration project at the old Callide A power plant in central Queensland.

In the oxyfuel process, which has the major advantage of being retrofittable, coal is burnt in a mixture of oxygen and recycled flue gas, rather than air, to increase the concentration of CO2. The carbon dioxide will be captured and stored underground, in the Denison Trough formation, 350 km west of the power plant.

The securing of funding under LETDF has allowed CS Energy and its project partners to move forward with concluding FEED (front end engineering and design) work to pave the way for the start of retrofitting of oxyfuel technology at unit 4 of Callide A in mid-2007.

An essential part of the FEED was plant condition assessment of Callide A, which was carried out from mid-October to early November 2006. The inspection was considered a critical activity given that Callide A has been in storage since 2001 and preliminary results indicated that the plant is generally in good condition, in fact better than expected for its age. The assessment is the basis for costing the refurbishment.

CS Energy’s partners in the oxyfuel project are: a Japanese consortium comprising JCoal, JPower and IHI; the Australian Coal Association and Xstrata Coal; Schlumberger; the CO2CRC and the CRC for Coal in Sustainable Development.

Depending on the outcome of the FEED, refurbishment of Callide A and retrofit of oxyfiring could begin late this year and will be followed by a five year demonstration scheduled to begin in 2009.

This project (for which Aus $ 75 million of LETDF funding was announced on 30 October 2006) involves the construction of a new 100 MW gas fired power station at Injune, near Roma in south west Queensland. One-third of the CO2 emissions from the power station will be captured and injected into a coal seam too far underground to be mineable. The CO2 becomes locked in the coal seam, but in the process releases methane gas that is extracted and used to run the power station.

The total life cycle cost of this project is estimated to be $445 million with commencement scheduled for April 2007 and completion by 2015.

Another project that has received funding from LETDF (announced in November 2006), to the tune of Aus$ 60 million, is Chevron’s Gorgon CO2 injection project.

This project involves separating and capturing CO2 from natural gas produced from the Gorgon fields off Western Australia. The liquefied CO2 would then be injected 2.5 km underground into a saline aquifer, with long term monitoring to ensure safety. When fully operational the project would be capturing and storing up to 3 million tonnes of CO2 per year, making it the largest geosequestration project in the world.

Finally, a large PV solar project – in fact the biggest such plant to date – has received Aus$ 75 million funding under LETDF. This project (for which LETDF support was announced on 25 October 2006) involves the construction of a 154 MW solar plant in north west Victoria using heliostat concentrator photovoltaic technology.

The $75 million will go towards the $420 million facility to be built by Solar Systems, which will also receive Aus $50 million from Victorian government. Construction is scheduled to start in 2008, with full capacity reached by 2013.

Following successful large-scale demonstration of its technology, Solar Systems intends to commercialise the technology domestically and internationally through the AP6 initiative.

A vision of Hazelwood 2030, with lignite drying, advanced boiler technology and carbon dioxide capture Above, the Callide A plant, where backfittable oxyfuel carbon capture is to be trialled and, below, inspection underway at Callide A, part of a condition assessment performed in preparation for the oxyfuel trial. Callide A has been mothballed since 2001