A question of supply, or demand?

For as long as there’s been a nuclear industry – and in fact even longer – there has been a need for uranium. In this special report Steve Kidd looks at the roots of uranium mining and how it’s supported the nuclear sector, for better or worse, since its birth. 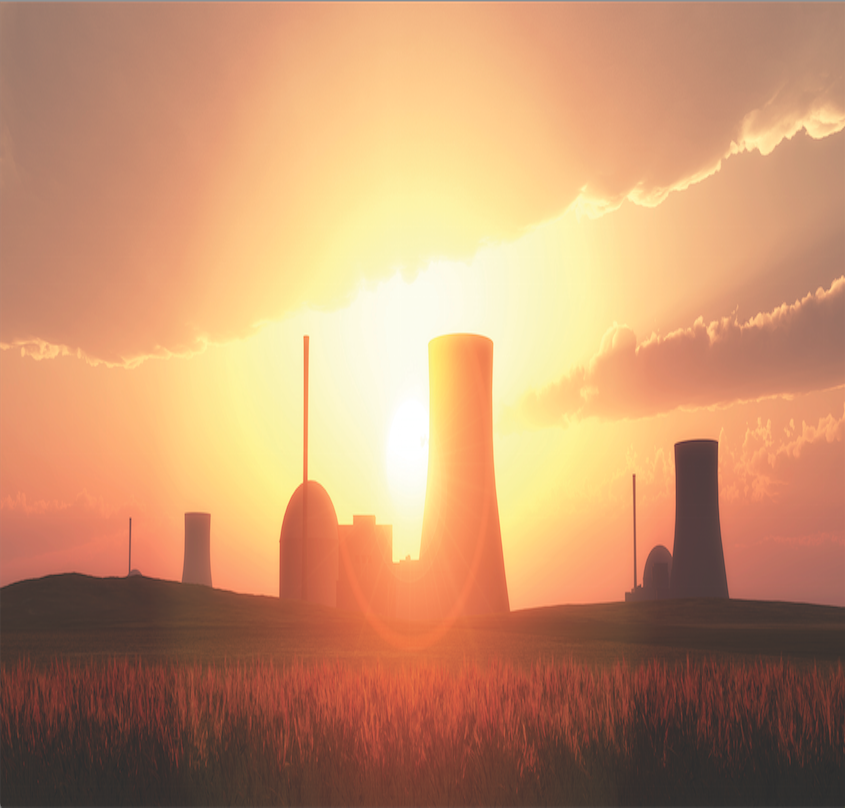 The early nuclear reactors – at the time of the first edition of Nuclear Engineering International – were essentially prototypes for the subsequent commercial era and were all located in nuclear weapons states or their close allies. As such, their fuel supply came directly from national nuclear programmes and was still closely linked to military applications. Indeed, the early Magnox reactors in the UK were ‘dual use’ in that they supplied plutonium for nuclear weapons as well as electricity to the national grid.

What we know today as the commercial nuclear fuel market only developed from the early 1970s onwards, as power reactors became established. The fuels market was formally segregated at this time. Russia and the other countries of the former Soviet Union (FSU) and Eastern Europe only became involved in what had been a Western world market (with Japan, South Korea and Taiwan) in the late 1980s. Apart from minor uranium sales to the West in the 1980s, China was also isolated, with the exception of limited help from Russia. India was, in the early years, quite well connected with the world market but was isolated by trade sanctions after it tested a nuclear weapon in 1974. In recent years China and India have begun to take a full part in the world market for nuclear fuel.

The early days of uranium production in the 1950s and 1960s were dominated by military requirements, and the US government was the biggest buyer. The amounts going to power reactors were small before the early 1970s. Uranium production for the western world peaked in 1960 but then fell back sharply until the 1970s, when demand from civil reactors began to pick up sharply. In the 1950s and 1960s, both South Africa and the US were big uranium suppliers, whereas today neither produce very much. The two uranium booms in the 1950s and 1970s were exciting times in the US mining industry, with many fortunes made and lost by small prospectors. In the Soviet Union much of the uranium came from East Germany and Czechoslovakia, both of which have ended production. Many Soviet states also contributed some uranium production (as did others in Eastern Europe). Kazakhstan, easily the biggest producer in the world today, commenced production in the mid- 1950s and mined 2-3,000 tU per annum, until output spiked in the early 2000s.

The big concern in the 1970s was a shortage of uranium to fuel the rapidly expanding civil reactor programmes. The price spiked. This was partly because of a producer cartel, but it stimulated a lot of exploration. This bore fruit: the new proven uranium resources, still form the foundation of much of today’s production.

After the second boom in the 1970s, uranium production went into a long slump which only reversed in the early years of this century. Commercial nuclear power did not take off as rapidly as expected, so there was a substantial over-supply of uranium and low prices. This period was extended by primary supply from the FSU and later (mid 1990s) by down-blended highly enriched uranium (HEU) now surplus to weapons requirements, which arrived on the world market.

Since 2005 world production has risen by half and Kazakhstan has taken Canada and Australia’s position as the biggest producer. But after a price spike in 2005-2008, the market was weakened by another inventory overhang, partly because of lower demand after the Fukushima accident.

For reactors requiring enriched uranium (over 90% today) a ‘conversion’ step is required, from oxide to uranium hexafluoride (UF6), which can be gasified – necessary for enrichment – with mild heating. Logically, conversion facilities should be located alongside enrichment plants but this never happened. Economics dictate large conversion plants and since the expansion of commercial nuclear power the market has relied on four facilities in the west, with Russia adding its supply from the late 1980s. The four facilities in the US, Canada, France and the UK (now closed) have required substantial capital expenditure to keep the regulators happy. Conversion is a relatively low value-added and simple chemical process, which is now only marginally profitable. There is also now a geographical imbalance of capacity, with too much in North America. This is inefficient but can sometimes be eased by swapping uranium inventories rather than physical transport. To add to supply from Canada, small plants have been built in countries operating PHWRs (Argentina, India and South Korea), where conversion is to uranium dioxide.

Enrichment has undergone more changes since the 1950s than the other three front- end fuel cycle activities. The weapons proliferation aspects of enrichment have always been important and during the period up to the 1970s it was gaseous diffusion plants (GDPs) developed for military reasons that supplied the service to power reactors. During the 1970s the US had an effective monopoly of enrichment services to the market, with three large GDPs in operation. It was not until the Europeans developed their own capacity in the 1980s (Eurodif in France and Urenco in Germany, the Netherlands and the UK) that this much-resented hold on the market was broken. Nevertheless, prices remained high (by today’s standards), even from the late 1980s onwards when buyers could access Russia’s huge enrichment capacity or from the mid 1990s when it benefitted from down-blended HEU. Enrichment was easily the most expensive fuel component until uranium prices spiked in 2005-2008.

Enrichment has been fundamentally changed technically and commercially by the switch from the GDPs to centrifuge technology. The huge GDPs in France and the US have now closed (the UK’s capacity went earlier) and been replaced by centrifuge plants. Russia and Urenco were the first to master centrifuge enrichment and Urenco has now licensed its technology to Eurodif in France. The US lagged behind and has failed to replace its GDPs. The US is now dependent for enrichment on Europe and Russia, plus a plant that Urenco has built in New Mexico. The market has now become hugely competitive, with China hoping to enter, and the price of enrichment has tumbled. The GDPs, using a huge amount of electricity, were very expensive to operate, so prices remained high to maintain them in operation. Today, enrichment has become more of a commodity, with prices reflecting the low marginal operating costs of centrifuge plants. Proliferation concerns remain, however, over plants in new countries. The IAEA has developed a fuel bank as an additional incentive for countries to follow a different path.

Fuel fabrication is different to uranium, conversion and enrichment supply. The product is differentiated by reactor type and influenced by design and service in addition to price considerations. In the 1960s and 1970s, reactor vendors would sell their designs to power utilities along with first-core fuel and some reloads. They would procure the enriched uranium for their clients. After this contract, the reactor operators could buy their own uranium, conversion and enrichment and supply it to the reactor vendor’s own fabrication subsidiary. This began to break up, however, as the fabricators sought to compete even where they had not supplied the reactor. A high degree of market segmentation has remained, but the PWR and BWR fuel suppliers have made inroads into each other’s market. In recent years, Western fabricators have even made inroads into the market for VVER fuel for Russian-origin reactors. One important aspect of the fabrication market is that a lot more facilities have been developed than conversion or enrichment plants. Facilities are closer to the operating reactors and countries with big nuclear programmes – such as Japan and South Korea – have their own capacity. Some of the value-added in the fuel – about 15% – therefore resides in the country of the nuclear plant operator.

At the back end of the fuel cycle, progress since the 1960s has been very slow. No country has yet commissioned a geological facility (GDF) for used fuel, although Finland and Sweden are almost there. As an interim measure, dry casks have been developed to take the cooled used fuel gradually filling up the fuel ponds at reactor sites and this has proved satisfactory, but only for now. Many countries have failed to establish credible plans for their used fuel and the concept of international repositories has not got very far. This impasse at the back end of the cycle has proved to be a very potent issue in public opposition to nuclear power. Reprocessing the used nuclear fuel has also declined in popularity. The fears of uranium shortages in the 1970s encouraged many European countries and Japan to move towards recycling uranium and plutonium extracted from used fuel, but – with the exception of France where it has gone ahead on an industrial scale – the various programmes have suffered technical issues – for example in Japan and the UK – and economic challenges from relatively cheap uranium.

The commercial nuclear fuel market has changed comparatively little since the early days in the 1970s. There is much more competition and keener prices, but most fuel buyers at power utilities prefer to buy uranium, conversion, enrichment and fuel fabrication services separately. Most argue that they obtain the keenest prices and the required delivery flexibility by having a variety of smaller contracts with competing suppliers at each stage.

It is interesting to note that the UAE as a new nuclear country will take initial cores and reloads from its Korean reactor vendor, but will then buy its own fuel, exactly as a new nuclear utility would do in the 1970s.

The markets for the high cost elements, the uranium and the enrichment services, are now less opaque than in the past, but all the front end markets are facing over-supply. Today nuclear fuel is very much a buyer’s market, whereas in the past the suppliers had more of a whip hand.

In real terms, prices of fuel are lower than ever. It can also be said that the nuclear fuel market has actually worked rather well over 60 years. Reactors have not gone without fuel, despite some trade restrictions in the past, while fuel costs have never damaged nuclear economics.

The main failure has clearly been the back end of the fuel cycle.