Making the case for combined heat and power systems 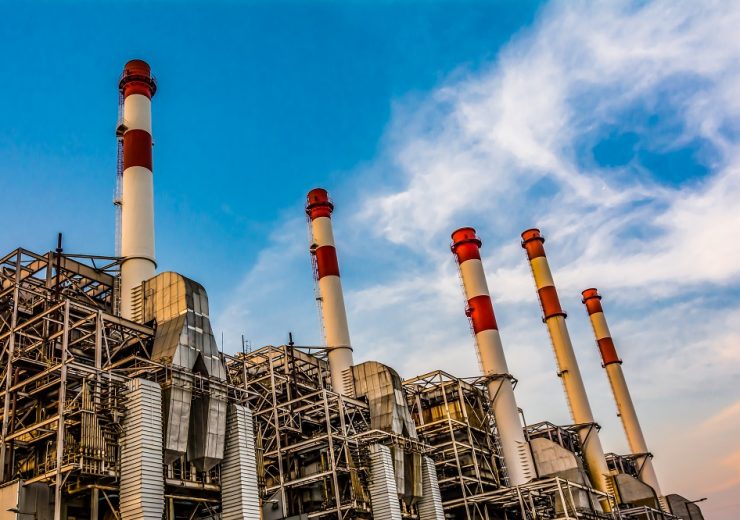 Industries, municipalities, and commercial facilities in need of power, steam, heating, or cooling have been compelled to balance improved operational efficiency against the often conflicting demands of developing sustainable operations.

Many may have traditionally opted to purchase electricity via the grid while generating their steam using coal-fired systems to ensure energy supply security. But with the imminent end of the age of coal and the push to decarbonise energy systems, a crucial technology is combined heat and power (CHP) based on gas turbines, which is advantageous anywhere electricity and thermal energy are required.

Producing power, heat, and cooling close to where it is used gives greater control over the energy supply, gaining the dual benefits of security and independence. With the increased fuel flexibility afforded by gas turbines and thermal storage, this can be improved even further.

More than electricity for industrial companies

For industrial operations, it is not always merely about electricity. Many industrial processes and facilities need heat, steam, or cooling as part of their operations, and this is where CHP, based on gas turbines, comes to the fore. CHP is an efficient and flexible way of generating electric power and useful thermal energy from a single fuel source.

When this occurs on-site or close to the generation site, it has the additional benefit of reducing transmission losses and avoiding the CO2 emissions associated with transmitting power from remote locations.

Instead of purchasing electricity from the distribution grid and separately burning fuel in an on-site furnace or boiler to produce thermal energy, an industrial or commercial facility can use CHP to provide both services in one energy efficient step.

By adding a thermal energy storage solution, electric production and heat supply may be uncoupled, and two alternative methods of operation become possible. Either the electric power generation can be varied to follow fluctuating power prices resulting from unpredictable wind and solar power production patterns, or peaks and troughs in demand are smoothed, allowing the turbines to run at their most efficient level.

For district heating and cooling applications, thermal storage may consist of relatively simple water tanks, which can provide storage system benefits to the electric supply at a fraction of battery system costs. The CHP plant can then participate in the supply of ancillary grid services, delivering extra revenue to the plant operator.

CHP has a wide variety of applications for industrial facilities and commercial buildings that have concurrent electrical power and thermal requirements. Industrial manufacturing sectors that are a good fit for CHP include synthetic fibres, food processing, chemicals, refining, and metal manufacturing.

According to a US Department of Energy report, combined heat and power systems can save money through increased energy efficiency compared to conventional power generation technologies.

Higher operating efficiencies enable CHP systems to consume less fuel, decreasing carbon emissions by up to 70% when switching from coal to gas.

The EU Electricity Directive and Energy Efficiency Directive also allow CHP systems to benefit from priority in dispatch order along with renewable generation.

The ability to generate power off-grid and not rely on a national network increases the system’s resilience for industrial companies and commercial facilities like hospitals or data centres.

A network of distributed generation assets will add stability to the grid and improve supply security because end users are not reliant on a relatively few sizeable remote power stations for their supply.

In the event of a grid outage, human-made or due to other factors, eg, weather related, combined heat and power systems can be configured to be more resilient and reliable than traditional back-up generators. During recent storm events in the United States, such as Hurricane Sandy, CHP systems enabled several critical infrastructure facilities to continue their operations when the electric grid went down.

You need to look no further than the United States industrial sector to judge the potential for CHP.

According to the Combined Heat & Power Alliance, there are more than 1,200 existing industrial CHP facilities totalling about 66 GW of capacity. Looking to the future, the US Department of Energy has identified over 73 GW of remaining CHP technical potential capacity at over 50,000 industrial sector sites nationwide.

As the industry travels the pathway towards low or even zero carbon, the feedstocks will evolve, so power generation equipment with a working life of many decades must adapt to the emerging technology.

That is why the gas turbines being developed by Siemens Energy have increased dry low emission (DLE) fuel flexibility, including hydrogen capability, heavy hydrocarbons, and inert diluted fuels.

Part of the strategy behind many companies’ sustainability programmes is allowing for feedstock flexibility in the future. At Siemens Energy, much of our focus continues to be researching and developing turbines that can operate on higher levels of hydrogen and other renewable fuels like e-methanol, bio-methanol, ethanol, and renewable diesel.

One business looking to CHP to reduce its carbon footprint is food and beverage ingredient manufacturer Tate & Lyle. The company recently purchased two SGT-700 gas turbines from Siemens for its corn wet milling facility in Lafayette, Indiana, which will become the backbone of its natural gas-fired combined heat and power system.

The new gas turbines will generate electricity and steam to power and heat the facility, delivering significant energy and operational efficiency improvement. The new cogeneration system will replace the site’s coal-fired boiler, providing an approximately 40% reduction in greenhouse gas emissions and around a 5% reduction in water use.

The order follows the delivery of two SGT-700 turbines to Tate & Lyle’s food ingredient processing plant in Loudon, Tennessee, in 2017.

The CHP concept can also be applied in larger distributed energy systems like that initiated by the government of Thailand. A decade ago, with the desire to support small-scale electricity producers and ensure maximum fuel efficiency, it decided to support the industrial park sector’s development, together with small-scale electricity and heat producers. The amount of support provided depended on the amount of primary energy saved by the plants.

The fuel-flexible and future-proof SGT-800 gas turbine was the perfect fit for this programme. In September 2020, the SGT-800 fleet in Thailand reached more than 2.8 million equivalent operating hours (EOH), equal to nearly 300 years of operation, and cumulative generation of 93 million MWh.

As a testament to that success, the number of SGT-800 units in Thailand will soon reach 100 with several new projects coming to fruition.

Opening the road to future possibilities

Power plant operators today are increasingly focused on sustainability and availability as critical business goals. In this situation, an on-site solution that can be, but may not be, connected to the grid, often has the best business case.

With modern system designs, a plant can be constructed that meets the balance required between electricity generation, heating, cooling, and steam. This solution is valid for brownfield installations or a greenfield site; although the brownfield option often has some space constraints, these can be overcome.

As part of an ongoing project at Milan’s Malpensa airport, SEA Energia is revamping its existing power plant by replacing an aero-derivative turbine with a new SGT-700. This will help the operator enhance its plant performance from both an efficiency and environmental point of view.

The solution retains most of the existing plant in terms of structures and materials and ensures continuity of supply. The plant provides electricity, heating, and cooling to the airport 24/7 all year round.

At the Braskem ABC petrochemical complex in São Paulo, Siemens Energy has designed a CHP plant fuelled with residual process gas (with high hydrogen content) that allows the petrochemical giant to reduce the water use and carbon dioxide emissions of its operations. Two SGT-600 gas turbines will generate 38 MW and provide 160 tonnes of steam per hour

With industrial customers having disparate and specialised requirements for generating electricity and heat, flexibility in design and operation to adapt to these demands is crucial. The ability to custom design a CHP solution to meet individual user demands makes CHP an even more attractive proposition.

The global trend of moving from central generation and the increasing renewables inflow to support the energy system’s decarbonisation are two critical factors that impact the growth in distributed generation.

Today’s power producers depend on the maximum availability of their power plants. There is a need for black start capability, and they need to respond to fluctuations in power demand quickly. They must also be able to shift to island operation to ensure an independent power supply when needed.

While modern combined cycle plants can already handle large load changes in just a few minutes, the fluctuating inflow of renewable energy and unforeseen incidents requires even shorter response times. The challenge is to meet these standards and, at the same time, reduce emissions and costs.

Wind, solar, and highly-efficient combined cycle plants have taken on lead roles in decarbonising our electrical grids, but that still leaves the challenge of tackling thermal energy used across industries.

This is where CHP technology excels, by providing solutions that utilise the heat supply to provide electricity at extremely high efficiency. The effect is that power capacity based on a given heat demand is increased significantly.

When a CHP plant is combined with heat storage, the flexibility to transition to green hydrogen with gas turbines such as the SGT-700 and SGT-800 enables further decarbonisation of thermal energy use and at the same time provides renewable balancing power to the grid to allow a large share of wind and solar.