Egypt’s water, energy, food, and economic system is linked to the Nile streamflow, which provides around 90% of the country’s freshwater consumption and 7% of its electricity supply through hydropower 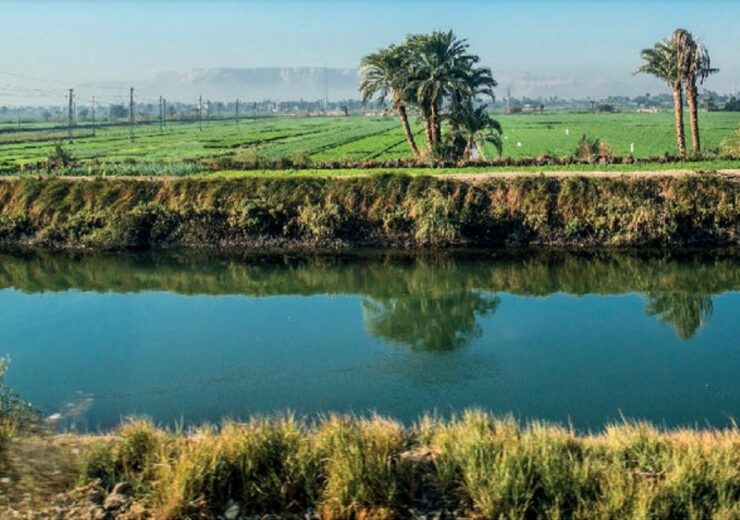 Countryside near the Nile irrigation canal in the Nile Valley, Egypt.

New research seeks to show that a collaborative agreement on the initial filling and long-term operation of the Grand Ethiopian Renaissance Dam on the Nile River will help build trust between Ethiopia, Sudan, and Egypt. Ultimately this could resolve the more contentious issues along the negotiation pathway and foster a spirit of neighbouring countries “looking out for each other”.

“Whenever you take a cooperative approach to managing a river system with infrastructure, it is likely to see an overall increase in economic benefits and an enhancement of the resilience to variability in river flows, notably if the river basin extends over multiple countries,” explains Mohammed Basheer from the University of Manchester in the UK.

Basheer is the lead author of University of Manchester-led research that was recently published in Nature Communications. It presents a new generic co-evolutionary hydro-economic modelling framework that captures the dynamic interactions between a river’s hydrology and infrastructure, and the macroeconomy of any of the river’s riparian countries. This modelling framework helps examine a coordinated operating strategy for filling and operation of the Grand Ethiopian Renaissance Dam (GERD) on the Nile River.

As Basheer et al explain in their paper, called Collaborative management of the Grand Ethiopian Renaissance Dam increases economic benefits and resilience, the Nile is one of the longest rivers in the world. It has a basin that extends over 11 African countries, each with a different contribution to and economic dependence on the river.

“If we look at the history of all the infrastructure in the Nile Basin, we can see that the landscape is changing with new dams being constructed, especially in upstream countries,” Basheer says. “The most recent of these is the GERD. When this dam is completed it will be the largest hydropower facility in Africa and will generate 14TWh per year. It will have a reservoir capable of storing 1.5 times the average flow of the river, which will mean there will be significant changes to the variability of river flow, both within the year and from one year to another.”

Water resources of the Nile River are limited and highly variable; their efficient utilisation is key to the economic growth and resilience of its riparian states. Egypt’s water, energy, food, and economic system is linked to the Nile streamflow, which provides around 90% of the country’s freshwater consumption and 7% of its electricity supply through hydropower. On average, irrigated agriculture accounts for approximately 82% of Egypt’s annual Nile water withdrawal, while municipal and industrial water users account for 18%.

Currently, Basheer states, there is disagreement and contention over GERD between the affected countries of Ethiopia, Sudan and Egypt. Negotiations have been ongoing for more than ten years. There is still no agreement.

“Cooperation on transboundary rivers is not a binary decision but rather a continuum that can take place in different forms ranging between dispute and integration. Cooperation often develops in small steps over long time periods to ensure mutual trust and political commitment. Although the GERD is a hydroelectric project that does not consume water apart from reservoir evaporation and seepage losses (around 3.6 % of the annual flow of the Blue Nile on average), the negotiations on the initial filling and long-term operation of the dam are progressively becoming about Nile water allocation/sharing. The Nile water allocation issue has been outstanding for several decades and attempting to address this issue within the GERD negotiations will make an agreement harder to achieve,” the authors say.

River flow is a complex process. Many rivers around the world are highly variable and analysis shows that this variability has an impact on the performance of the river system and the macro economy that is directly linked to it.

“So, in such cases,” Basheer said, “when we evaluate interventions into river systems it’s important that we consider this variability when we look at, for example, economic impacts considering the co-evolution of economic growth and water supplies and demands, and electricity supplies and demands.

“It enables simulating interventions in transboundary systems in a better way and enables analysts to characterise the interdependence between natural engineered and economic systems. This multi-sector dynamic analysis should be complemented with an assessment of the environmental impacts: if you look at GDP employment or sectoral outputs, they don’t really consider the environmental impact so that needs to be considered as well,” Basheer adds.

The team from Manchester University compared their analysis of the Nile and GERD with a strategy recently drafted during negotiations in Washington DC. In most scenarios they say that adopting a cooperative filling and operation of the GERD:

· Increases electricity from both the GERD itself and from the entire eastern Nile system.

While a deal on the initial filling and long-term operation of the GERD needs to be legally binding to provide assurance to Sudan and Egypt, it should also be technically flexible and legally amendable to accommodate potential water allocation arrangements and future infrastructural development in Ethiopia, the report states

“In this paper, we try to show that seeking a technically flexible and legally amenable agreement on GERD initial filling and long-term operation could contribute to building trust between Ethiopia, Sudan and Egypt and make negotiations on the more contentious water allocation issue more likely to succeed,” says Basheer. “This coordinated strategy could be a positive step on this negotiation pathway and help foster spirit of neighbours looking out for each other.”

Professor Julien Harou is the Chair of Water Engineering at the University of Manchester. He says: “We’ve shown in this work that if you analyse how the management of major dams impacts national

economies, you can demonstrate that a flexible collaborative approach would in most futures lead to better results for all parties, up and down stream.

“The take-away for me from this work is that it may be harder to use inter-disciplinary methods to assess big infrastructure projects, but it’s worth it because it provides insights that wouldn’t have been revealed with simple single-discipline approaches. Using engineering or economic methods alone wouldn’t have demonstrated as clearly the benefits of collaborating on Nile management.”