Some have blamed diminishing appetite from China for the falling price of cobalt in 2019, while others look towards artisanal mining in DRC as the root cause 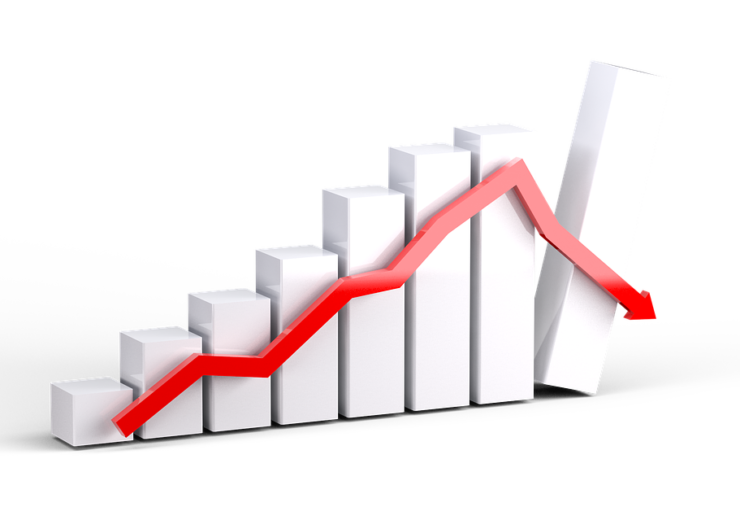 After reaching a peak last year, cobalt prices have experienced an unprecedented fall so far in 2019 (Credit: Pixabay)

The price of cobalt has fallen sharply so far in 2019, wreaking havoc for the commodity’s market around the world and sowing mass investor uncertainty.

A key component in the production of lithium-ion batteries, the precious mineral reached more than $40/lb this time last year, but a combination of oversupply and waning demand has seen its price slashed by as much as 60%.

Companies far and wide are feeling the strain, with Switzerland-based mining giant Glencore going as far as to announce its temporary withdrawal from activity at the world’s largest cobalt mine in the Democratic Republic of Congo (DRC).

The impact of cobalt’s woeful 2019

In April this year, shares in Huayou Cobalt, the largest cobalt refiner in China, fell 10% following a poor first quarter performance that it blamed on the commodity’s price collapse.

The company’s profits over the first three months of 2019 were all but non-existent compared with the year previous, down to $1.8m from more than $120m.

It was not the only refiner to suffer — just a week prior, shares in Umicore fell by 17% as a consequence of cobalt’s plummeting price, considerably more than the 10% the Belgium chemicals group had predicted.

More recently, Glencore announced plans to cease production at the Mutanda mine, located in the Democratic Republic of Congo (DRC), as operations there are no longer “economically viable”, according to a letter seen by the Financial Times.

It read: “Unfortunately due to the significant decrease in the cobalt price, increased inflation across some of our key input costs (mainly sulphuric acid) and the additional taxes imposed by the mining code, the mine is no longer economically viable over the long term”.

The company’s financial figures have followed a similarly downward trajectory to cobalt in 2019, with a 32% fall in company earnings over the first half of the year.

CEO Ivan Glasenberg said: “Our performance in the first half reflected a challenging economic backdrop for our commodity mix, as well as operating and cost setbacks within our ramp-up and development assets.”

The general rule of thumb when trying to assess the reason behind a commodity’s price drop is to look at the behaviour of its biggest customer, which, in cobalt’s case, is China.

In DRC, a plethora of interested parties are attempting to wrest control over mining operations but China’s president Xi Jinping has already established something of a over a monopoly over the metal in the region.

Mike Orme, a senior analyst with market intelligence firm GlobalData’s thematic research team, said: “On the cobalt front, China controls seven of the largest DRC mines, led by Molybdenum, and in the process over half DRC’s cobalt supplies.

“In the global scramble to secure forward supplies and escape the vagaries of the ‘spot’ market, China holds the whip hand.”

China’s demand for cobalt and the mineral’s price both reached their peak in 2018, and both subsequently dipped heading into this year, highlighting an undeniable causality.

The initial rush to source cobalt in a bid to facilitate the dawn of electric vehicles has also dulled somewhat, adding to what has been a sluggish global demand rate in 2019.

Despite China’s diminishing appetite for the mineral, many have blamed the dip in cobalt prices on the poor regulation of its extraction in DRC.

Notorious for its political instability, the local population has had little trouble establishing an informal cobalt mining network in the country, which has hamstrung the market.

The problem has only grown worse with time — metals intelligence firm CRU estimates supply from these unofficial sources reached 19,000 tonnes in 2017, before climbing to 24,000 last year.

In addition to destabilising cobalt prices, the appetite for what artisanal miners in DRC are selling, which extends to iron, nickel and copper, is propagating a litany of human rights abuses.

Amnesty International’s director of global issues Audrey Gaughran said: “Mining operations in the DRC have resulted in decades of abuse against artisanal miners and the neighbouring communities.

“The DRC authorities have not only failed to prevent mining companies and traders abusing rights, they have themselves violated human rights to facilitate mining operations.

“The failure of the DRC authorities to protect human rights does not let the companies off the hook for their own actions and omissions.

“Disturbingly, some companies pointed to police involvement in an attempt to legitimise their own contribution to human rights violations.”