With International Women's Day approaching, we profile BHP's target of creating a 50% female workforce by 2025 and how the company is fairing two-and-a-half years on from publicising its gender balance ambitions 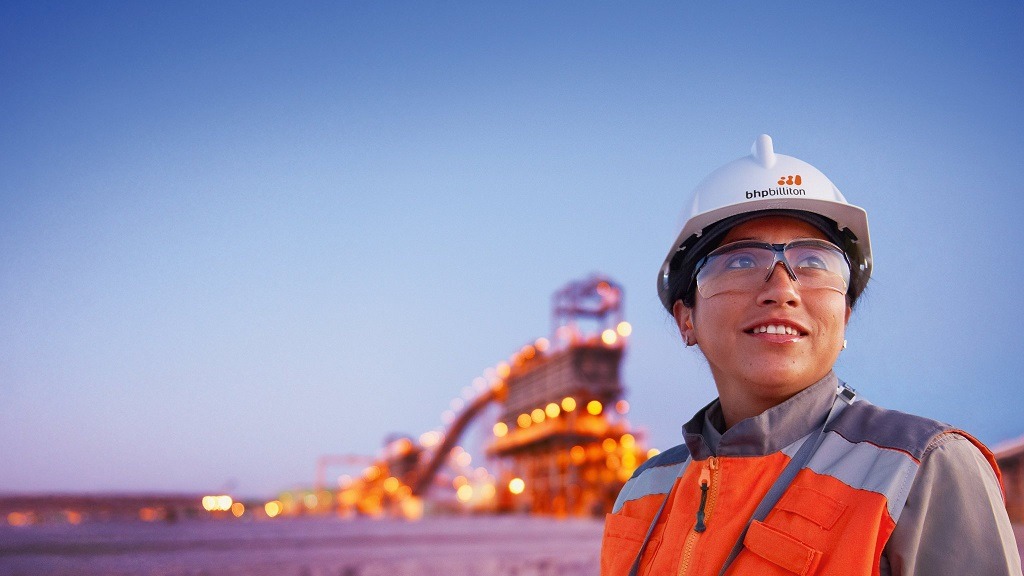 BHP is aiming for gender balance in its workforce by 2025 (Credit: BHP)

Mining is one of the world’s worst industries in terms of the ratio of women it employs, particularly in senior positions, but its largest group BHP is aiming to change that as it eyes securing gender balance over the next six years.

Since the Australian miner announced its aim to reach 50% female staff in October 2016, it has hired 2,000 women and only 500 men, increasing the amount of women at the firm as a percentage of its staff from 17.6% to 22.4%, in addition to reshuffling its executive team.

In the process, the company has singled itself out in a particularly male-dominated industry, with none of the FTSE 350 mining firms having a female CEO, while Switzerland-based mining giant Glencore did not have a woman on its board until 2014.

CEO Andrew Mackenzie said: “We’re a big company that has thrived for 130 years. Our work is often remote, physical and until recently, could be inflexible.

“I have to admit our aspirational target raised a few eyebrows – real change needs passion – we’ve had leadership at all levels of our organisation push us forward.

“But not everyone moves at the same pace – we’ve also heard some reservations and scepticism during our progress.

“We need to feel uncomfortable about the targets we set ourselves to know we’ve pushed hard enough – I am proud of how our people have responded.”

Here we profile BHP’s progress towards establishing a 50% female workforce.

During the 2017 financial year, BHP hired 1,000 women and in so doing increased its female representation by 2.9% in the space of 12 months, raising it to a total of 20% prior to the summer of that year.

Meanwhile, over the same period it also managed to almost halve its female turnover rate to 4.7% higher than that of the men at the company, compared with 8% the year previous.

Mr Mackenzie said: “These numbers are important. If we achieve balance in and balance out then we can move towards our goal more quickly.

“It makes a noticeable difference to how we make decisions and how it feels to work in our teams.”

On 28 February, BHP announced it would be promoting three women to its senior executive team as its chief commercial officer and petroleum division president leaves the company.

From 1 July, the Australian mining firm giant’s current group treasurer and head of Europe Vandita Pant will replace Arnoud Balhuizen, who plans to return to the Netherlands with 25 years of experience at the company under his belt.

Meanwhile, Geraldine Slattery will replace Steve Pastor as the head of BHP’s petroleum business and Laura Tyler is to rejoin the leadership team as chief geoscientist, while continuing her role as asset president at Olympic Dam.

Mr Mackenzie said: “These management changes are an important step as we plan for the future of BHP.

“The elevation of geoscience and transformation to the executive leadership team demonstrates the determination we have to advance the best science, technology and people to make our operations safer and more productive.

“I thank Arnoud and Steve for their significant contribution to BHP.

“Their expertise, integrity and commitment will leave a strong legacy in their respective areas of the business and across the company more broadly.”