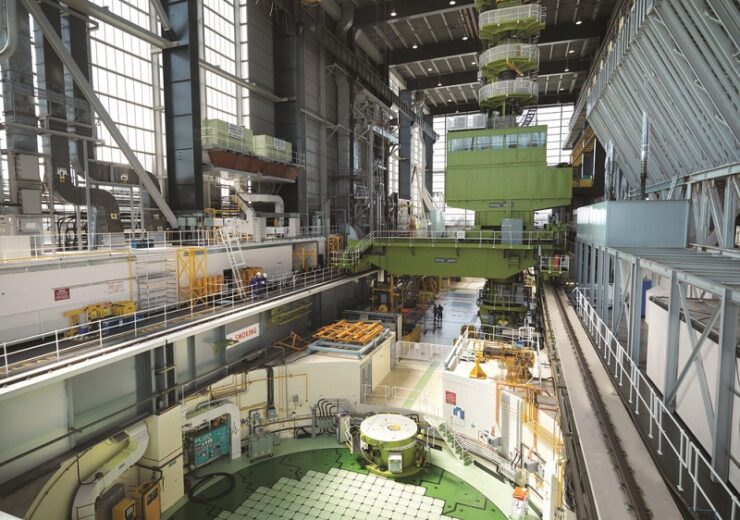 The UK has eight second-generation nuclear power stations accounting for around 16% of total UK electricity generation in 2020. Seven of the eight stations are Advanced Gas-cooled Reactors (AGRs), the design of which built on that of the first generation of now closed Magnox reactors. Under current plans, all the AGR stations will have stopped generating electricity by 2028. Decommissioning is envisaged to take just over 100 years under current plans.

The Nuclear Liabilities Fund (the Fund) was established to meet the costs of decommissioning all seven AGRs plus a pressurised water reactor at Sizewell B, but significant additional taxpayer support has been required, and more is likely to be necessary.

The UK government has provided a guarantee to underwrite the Fund if its assets are insufficient to meet the total costs of decommissioning. In 2020, the government contributed £5.1 billion ($6.8bn) to strengthen the Fund’s position and the Fund has recently requested a further £5.6 billion. The Fund’s assets were valued at £14.8 billion at the end of March 2021. The aim is that growth in the Fund’s investments will be sufficient to meet the long-term costs of decommissioning (currently £23.5 billion). However, cost estimates have doubled in real terms since 2004/5. If this trend is maintained and investment growth is not sufficient, there is a risk that the taxpayer will have to make further contributions.

The NAO scrutinises public spending to help Parliament hold the government to account and improve public services. It says that while the arrangements could deliver savings, their success will ultimately depend on the relevant parties working collaboratively to overcome risks.

EDF Energy confirmed in September that three AGRs – Dungeness B, Hunterston B and Hinkley Point B – will start defueling operations from 2022. Hartlepool and Heysham 1 are expected to close in 2024 and Heysham 2 and Torness in 2028.

“Each power station will be defueled as efficiently as possible and taken to a fuel-free state, before being transferred to the Nuclear Decommissioning Authority (NDA) for the next stages of decommissioning,” EDF said.

Defueling involves the removal of the used fuel and radiological waste from the reactors, fuel ponds and stores and transport to Sellafield for processing and consolidated storage. This process is expected to take 3-10 years, according to the NAO report.

EDF said the first station transfer from Hunterston B, is due to take place in 2025/6. However, it presents “new demands on the ability of EDF Energy to increase its defueling capacity, and on Nuclear Transport Solutions and Sellafield Ltd to transport, dismantle and store the fuel,” the report states.

What are the financial arrangements?

In June 2021, plant owner EDF Energy agreed to defuel the stations in an arrangement that the UK Department for Business, Energy & Industrial Strategy (BEIS) estimates could save the taxpayer around £1 billion. Ownership of the stations will transfer to the Nuclear Decommissioning Authority (NDA) once defueling is complete. NDA’s Magnox Ltd subsidiary will complete the decommissioning, which is likely to take several decades.

A 2015 government review had highlighted concerns about the ability of the existing arrangements with EDF to incentivise efficient decommissioning of AGR stations. BEIS’s revised agreement with EDF provides the company with “greater clarity about its role, and a commercial incentive to accelerate defueling and transfer stations to Magnox Ltd,” the report notes. EDF could earn up to £100 million in bonuses or incur penalties up to £100 million, depending on its performance during defueling.

NAO says the rate at which stations can be defueled will affect overall costs, which could be anywhere from £3.1 billion to £8 billion. A bottleneck between EDF removing fuel and the NDA transporting it to storage at Sellafield could have “widespread repercussions”. Early unexpected closures may increase costs.

The premature closure of Dungeness B in Kent used to illustrate the impact of uncertainty. The station had been in extended outage since 2018, after it was taken offline. In June 2021 EDF Energy announced closure of the station with immediate effect.

As a result of this early and unplanned closure, the report says that EDF estimates it will cost an additional £0.5-1.0 billion to defuel Dungeness B. EDF said it will start defueling as soon as regulatory permissions are granted, which is expected in 2023, but the station will take longer to defuel than the other six AGR stations, due to extra preparation time and its unique design. Dungeness B’s reactors are around 25% bigger than other AGRs and the design of the fuel route has limitations. Only two flasks of fuel can transported to Sellafield each week, compared with three flasks for the other stations.

BEIS, EDF Energy and the NDA have taken steps to establish joint arrangements to plan and oversee defueling, which NAO considers sensible. These arrangements will be tested once defueling accelerates and all parties operate under the revised decommissioning agreements.

Once defueling is complete, details will be agreed of exactly what, when and how EDFE will transfer facilities to the NDA and Magnox Ltd. NDA warns that previous transfers in the nuclear sector took longer than expected, and the risks will need to be managed for the AGRs’ transfer.

The long-term benefits of taking the AGR stations back into public ownership will depend on the ability of Magnox Ltd to deliver efficiencies from combining the AGR stations with its existing nuclear decommissioning portfolio. Magnox Ltd may be able to realise efficiencies from deconstruction work in the years immediately after transfer of the stations. NDA’s ability to deliver benefits from combining Magnox and AGR sites will depend on the quality of the plans developed in the years prior to transfer.

“By providing clarity over the future decommissioning of second-generation nuclear power stations, the government has created incentives to deliver a safe and efficient clean-up,” said Comptroller and Auditor General Gareth Davies. “However, many financial risks remain, and if poorly managed costs could escalate. Success will only be achieved if all parties work effectively together.”

He added: “Government needs to maintain a clear view of how the nuclear decommissioning programme is performing as a whole, and given the large amounts of public money at stake it must act decisively should performance begin to lag.”

The report concludes that the commercial and delivery agreements signed in June 2021, improve clarity over the future of the AGR stations. By providing EDF with a financial incentive to complete defueling of the stations efficiently, the revised funding agreement offers the prospect of securing better value for money. However, the defueling programme carries substantial risks which, if poorly managed, could result in costs increasing significantly.

Success will depend on how effectively EDF and the NDA work together. In terms of preparing to transfer the stations, BEIS is relying on continuing goodwill between EDF and the NDA to resolve potential differences.

If it is to achieve value for money from the new agreements, BEIS will need a clear view of how the programme is performing as a whole and will need to act quickly and decisively should problems emerge.

Initial ambitions that the existence of the Nuclear Liabilities Fund would help eliminate taxpayers’ exposure are being tested, with rapid increases in the estimates of decommissioning costs outstripping investment returns. The history of the AGR fleet provides lessons for other long-term programmes carrying significant end-of-life liabilities, including new nuclear energy programmes.