Nuclear power deal with the US cuts India’s reliance on Russia, says expert

GlobalData power analyst Arkapal Sil claims India's recent deal to build six nuclear power plants with the US will reduce its dependence on Russia, while also providing a check on China's monopoly over the south Asian market 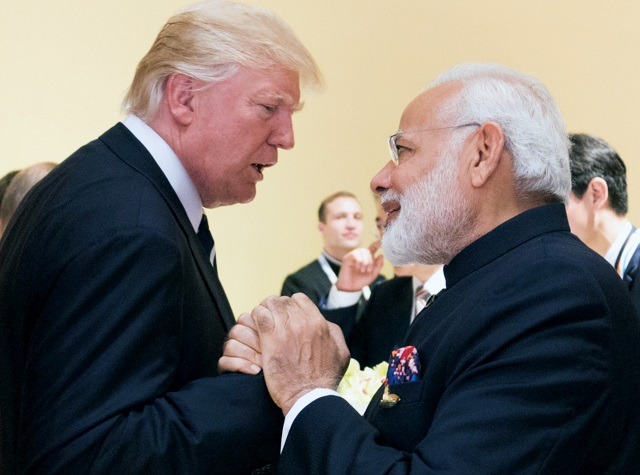 India’s new nuclear power deal with the US will provide a means for the country to build its industry without over-reliance on Russia, according to GlobalData.

The nations will build six nuclear power plants in India in a bid to strengthen bilateral security and civil nuclear cooperation, it was announced in a joint statement on 14 March.

The decision was reached after two days of talks led by Indian Foreign Secretary Vijay Gokhale and US undersecretary for state arms control and international security Andrea Thompson.

No specifics on the capacity or location within India of the nuclear power plants were given.

“The two sides exchanged views on a wide range of global security and non-proliferation challenges and reaffirmed their commitment to work together to prevent the proliferation of weapons of mass destruction and their delivery systems and to deny access to such weapons by terrorists and non-state actors,” read the joint statement.

“They committed to strengthen bilateral security and civil nuclear cooperation, including the establishment of six US nuclear power plants in India.

“The US reaffirmed its strong support of India’s early membership in the Nuclear Suppliers Group.”

Here GlobalData power analyst Arkapal Sil explains why the deal is beneficial for both countries involved and how it could momentarily leave Russia and China in the lurch.

Analysing the US and India nuclear power deal

The agreement is aimed to boost the nuclear energy industry in both countries – in the US, the nuclear power industry is saturated and dwindling mainly due to huge project costs as a result of stringent safety standards.

In addition, a fall in renewable energy prices over the years has made it cheaper and more competitive compared with conventional power in some cases.

With only two AP1000 reactors presently under construction – Vogtle Units 3 and 4 – in Waynesboro, Georgia, and the cancellation of two similar units in VC Summer plant in South Carolina, the nuclear projects in India can be a breather for US-based nuclear project developers.

Moreover, following the acquisition of Westinghouse Electric Corporation by Brookfield Asset Management after it filed for bankruptcy, the plan to build new nuclear plants will be an opportunity for the US to once again ramp up its global operations and achieve financial stability.

As far as India is concerned, the country aims to reduce coal-based power generation by increasing nuclear power, in an effort to achieve emission reduction with a clean and reliable baseload capacity.

To this effect India has seven nuclear power reactors with a cumulative capacity of around five gigawatts (GW) under various stages of construction.

The country aspires for more nuclear power plants to achieve 21GW nuclear capacity by 2030, compared with 6.4GW in last year.

According to GlobalData, the annual nuclear capacity and cumulative nuclear capacity in India is set to increase at a compound annual growth rate (CAGR) of 9.7% and 10.5% respectively during 2018-2030, while annual coal capacity addition is slated for a negative CAGR of 2% over the same time period.

In addition, fuel from other countries is no longer a hindrance in the path of the country’s nuclear ambitions.

Collaboration with the US in building nuclear plants can be seen as India’s tactics to avoid over-dependence on Russia for its nuclear industry and to create a diversified technology portfolio.

In hindsight the move also indicates an indirect check on the increasing Chinese influence in the south Asian energy market, especially after the Gwadar port in Pakistan became operational in early 2018.