The Zerger power project is a 432MW gas-fired simple-cycle power generation facility under construction in the Lebap province of Turkmenistan.

Turkmen State Power Corporation “Turkmenenergo” is the owner and developer of the project.

The civil construction works for the project were started in 2016 with the plant commissioning expected by August 2021.

The Zerger power project in Turkmenistan will be a major aid in the reconstruction of the neighbouring country Afghanistan that incurred damage due to the prolonged civil war. The power station is intended to export low-cost gas-fired electricity and help strengthen the bond with other neighbouring countries.

The project site lies in the arid area, next to the existing 150MW Lebap power plant. It is situated near the Uzbekistan border and approximately 260km southeast of the Afghanistan border.

The Zerger gas-fired power plant will be equipped with three 144MW M701DA gas turbines and generators along with the auxiliary equipment.

The other infrastructure facilities at the project site include water pipelines, a water retention pond, camps, workshops, and an access road from the highway to the plant site.

The electricity generated by the Zerger gas-fired simple cycle power plant will be evacuated through a 220kV power transmission line.

The power evacuation line will be connected to the Turkmenenergo power grid through a new 110kV/ 220kV substation.

The Government of Afghanistan signed a power purchase agreement (PPA) with the Turkmenistan Government in September 2015 for importing electricity from Turkmenistan for a period of ten years.

The Zerger gas-fired simple cycle power project is being financed by a syndicate of Japanese banks and it will be insured by Nippon Export and Investment Insurance (NEXI).

Sumitomo Corporation signed an engineering, procurement, and construction (EPC) contract worth £195.80m ($300m) for the development of the Zerger power plant in October 2015. Renaissance Heavy Industries is also engaged in construction activities.

Mitsubishi Hitachi Power Systems (MHPS) was selected by Sumitomo Corporation for the manufacturing and supply of three sets of M701 DA gas turbine and generator for the project in March 2016.

Yokogawa Turkey Industrial Automation Solutions, a subsidiary of Yokogawa Electric Corporation, was placed an order by Renaissance Heavy Industries in March 2020 for the supply of control systems and field instruments.

Elektrakom was subcontracted by Renaissance Heavy Industries for the design and engineering of the distributed control system (DCS), as well as its installation, testing, and commissioning in 2019.

China-based Cimtas Ningbo carried out the gas turbine piping work with jig assemblies and modules for the project. 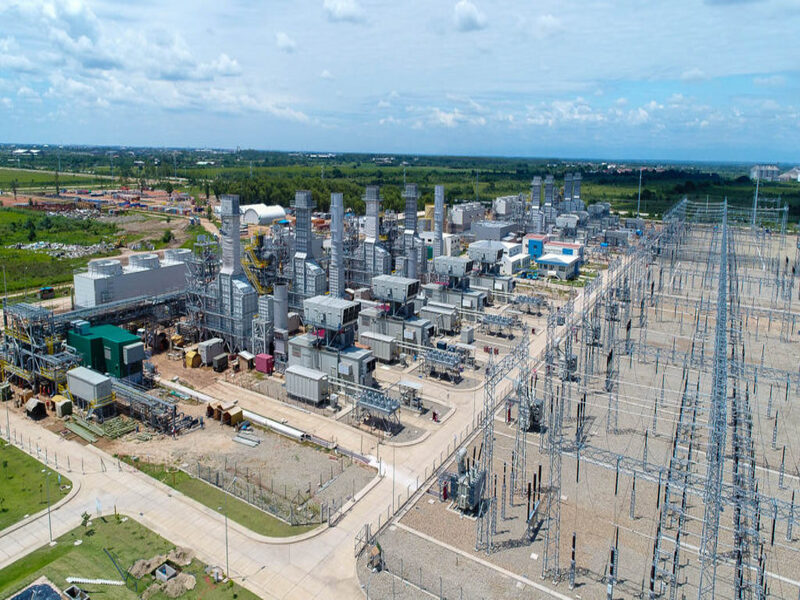