The Tangshan LNG terminal is operated by PetroChina, a subsidiary of state-owned China National Petroleum Corporation (CNPC). PetroChina owns 51% stake in the project, while the other development partners are Beijing Enterprise (29%) and Hebei Natural Gas 20%).

The Tangshan LNG facility is the third LNG import terminal to be developed by CNPC after the Jiangsu and the Dalian LNG terminals.

The project is being developed in three phases. While the 3.5Mtpa phase one import facility was commissioned in December 2013, the second phase expansion increased the import capacity to 6.5Mtpa in January 2016.

The 3.5Mtpa phase three expansion is estimated to cost approximately £850m ($1bn). The construction works were started in March 2018, with commissioning scheduled to be completed by the end of 2020.

The Tangshan LNG import terminal is located on a 53ha-site at the Caofeidian Port, Tangshan, in China’s northeastern Hebei province.

The existing LNG terminal facility has 6.5Mtpa of LNG import capacity. It has four LNG storage tanks of 160,000m3 capacity each. It also features a dedicated unloading dock for LNG carriers with a maximum capacity of 270,000m3.

While the terminal construction was launched in March 2011, that of the LNG storage tanks was completed by October 2012.

The Tangshan LNG terminal received the first LNG cargo of 160,000m3 capacity from Qatar during trial operations in November 2013.

It received 211,300m3 of liquified natural gas in the second LNG vessel Alhamla in December 2013.

PetroChina signed a long-term sales and purchase agreement (SPA) with Qatargas in September 2018.

The 22-year SPA includes the supply of 3.4Mtpa of liquefied natural gas, which also includes LNG supply to the Tangshan LNG terminal in Q-Flex and Q-Max LNG vessels.

The regasified LNG from the Tangshan terminal is transported to Hebei, Beijing, and Tianjin through the Yongqing-Tangshan-Qinhuangdao gas pipeline.

Operational in May 2009, the 312.4km-long gas pipeline with a diameter of 1,016mm is designed to transport up to nine billion cubic meters (bcm) of natural gas annually.

Huanqiu Contracting and Engineering Corporation was contracted for the construction of the Tangshan LNG terminal phase one.

Halcrow Group was contracted by CNPC for feasibility study and research works for the LNG import terminal.

The agreement was initiated through the formation of a joint venture company between PetroChina, Beijing Enterprises (BE) Group, and Hebei Construction and Investment Group Company Limited (HECIC).

HECIC delegated transferred its shares to Hebei Natural Gas in 2008.

PetroChina (51%), BE Group (29%), and Hebie Natural Gas (20%) entered into a joint venture contract for the developments of the Tangshan LNG terminal in October 2011. 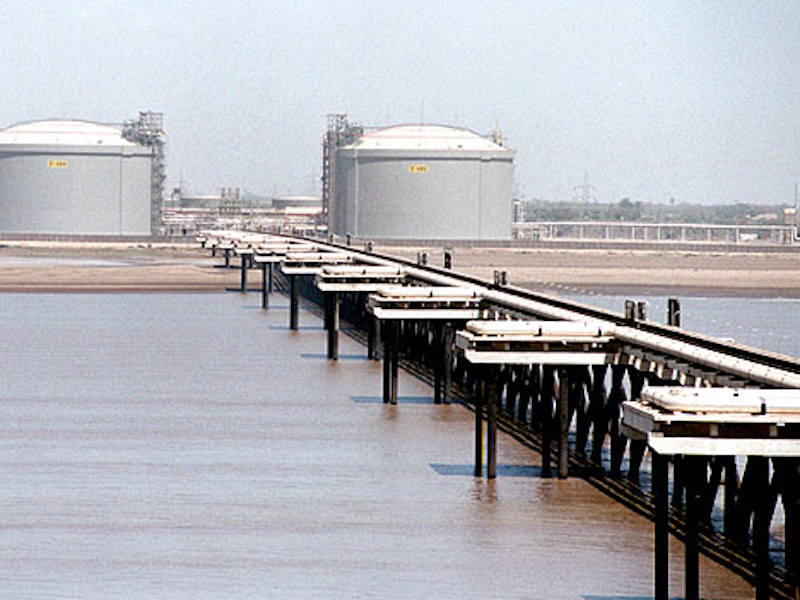