State Grid Xinyuan Company, a subsidiary of State Grid Corporation of China (SGCC), is developing the project with an estimated investment of £1.17bn ($1.55bn).

Preliminary works of the pumped storage power project commenced in December 2020, after Shandong Provincial Development and Reform Commission approved the construction of the phase II of the project in December 2019.

Main construction activities on the project started in April 2021 and the pumped storage power station is expected to begin operations by 2029.

At full capacity, Tai'an pumped storage power station is estimated to generate approximately 1.8 billion kilowatt-hours (kWh) of electricity per year under the second phase. It is expected to consume about 2.4 billion kWh of energy in the pumping mode.

The pumped storage station is also estimated to reduce the consumption of 650,000 tonnes (t) of raw coal annually, and offset approximately 1.3 million tonnes of CO2 emissions per year.

The project site lies in the high-tech industrial development zone of the Culai town, and in the Xiwen scenic area.

The power plant will be designed to operate at a rated water head of 454m.

The other components include a 500kV switching station consisting of six main transformers with a capacity of 300MVA each, an outlet cable, and the electrical equipment and related facilities.

The electricity produced from the Tai'an pumped storage power station phase II will be delivered to the Shandong power grid through two 500kV power transmission lines.

Eleventh Hydropower Bureau won a bid to build office and living area, including two camps Keluoshan and Cuiwei, in Shandong Taian for the owner of the pumped-storage power station in December 2021.

East China Research Institute was contracted for the survey and design works of the Tai'an power station phase II.

The phase I of Tai'an pumped storage power station has a total generation capacity of 1GW, featuring four 250MW mixed-flow reversible hydro-generator units. The power station is located at the southwest foot of Taishan Scenic Area, 5km away from Tai'an city.

The upper reservoir basin covers a watershed area of 1.43km2 with a normal storage level at 410m. The total reservoir capacity is 10.431 million cubic metres (mcm).

The phase I power station generates approximately 1.3 billion kWh of electricity per year.

It was built to support peak, frequency and phase regulation, valley filling and the Shandong power grid emergency backup activities. 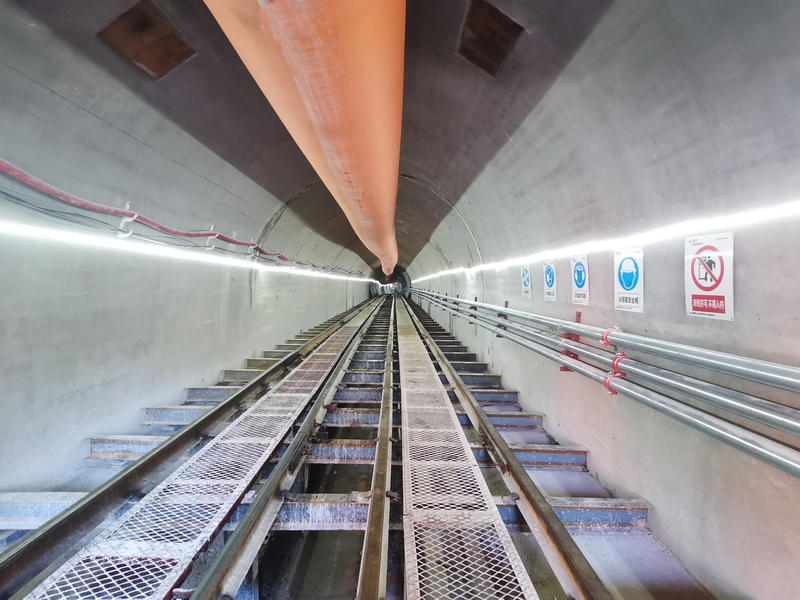