Tidal Lagoon Power is planning to develop the project with an estimated investment of £1.3bn ($1.6bn).

The UK’s Department of Business, Energy and Industrial Strategy (BEIS) issued the planning consent the project in June 2015 which is set to expire in June 2020.

The UK government, however, decided not to provide financial support or subsidy to the project in June 2018.

Tidal Lagoon Power launched a £1.2 million fundraise in December 2019 to initiate preparatory construction works at the site so that it can secure the planning permission in perpetuity before its expiry.

The main works including the construction of the seawall, and the turbine and sluice gate housing block are expected to be started only after the project reaches financial close.

If built, the Swansea Bay Tidal Lagoon is estimated to generate 572GWh of electricity a year, upon commissioning. It is considered to be a pathfinder project which can be used as a blueprint for future large-scale tidal lagoon developments around the world.

The Swansea Bay Tidal Lagoon will be located off the coast of Swansea in Swansea Bay, South-west Wales, UK. It will be situated at the western end of the Severn Estuary.

The seawall will make landfall at the eastern edge of the new Swansea University Bay Campus and at the eastern side of the River Tawe. The lagoon will encompass approximately 11.5km2 of Swansea Bay where the tidal range is up to 9m.

The length of the U-shaped seawall will be approximately 9.5km with the western portion measuring 2.7km and the eastern section stretching for approximately 6.8km. Both sections will comprise a road and a footway.

A low-voltage substation and the operation and maintenance facilities will be located on the western seawall.

The turbine and sluice gate housing structure will be approximately 410m-long and 67.5m-wide. It will house 16 variable speed hydro-turbines, associated electrical equipment, and 10 sluice gates. The aggregate installed capacity of the turbines will be up to 320MW.

The electricity generated by the turbines will be transmitted through an underground 275kV cable to the Baglan Bay substation which is connected to the National Electricity Transmission System (NETS).

The project plan also includes developing facilities related to sports, recreation, and mariculture in the lagoon. The seawall will be open to the public for various activities including walking, running, and cycling.

A tidal lagoon is an artificial lagoon made by constructing a seawall. The electric power is generated by harnessing the difference in water-level created by the seawall during flood and ebb currents.

The seawater will flow inside and outside the lagoon through the sluice gates during the flood and ebb currents. The difference in water levels between the lagoon and the sea will drive the turbines to generate electricity.

The seawall acts like a tidal barrage obstructing the flow of water from the sea to the lagoon. The sluice gates will open when a sufficient head is achieved and water flows through turbines.

In Swansea Bay Tidal Lagoon, the electricity will be generated both during the flood current and ebb current using bi-directional turbines. There will be four power generation cycles in a day. The tidal lagoon-based power generation is a predictable source of renewable energy, unlike wind and solar which are intermittent in nature.

The UK government decided not to provide financial support to the Swansea Bay tidal lagoon project in June 2018 based on an assessment that the project was not affordable and the value for money requirements for consumers and public funds were not met.

A consortium Andritz Hydro and General Electric (GE) was chosen as the preferred bidder to supply electromechanical equipment for the project in February 2015. The scope of the contract worth £300m ($400) included the supply of 16 bulb turbines.

Laing O’Rourke was selected as the preferred bidder for constructing the turbine and sluice gate block for £200m ($270m) in May 2015.

Atkins was hired to provide design and engineering support for the seawall as well as the turbine and sluice house structure of the project in August 2014.

LDA Design bagged a contract to provide master planning and landscape design services for the project in April 2013.

KGAL Consulting Engineers was hired as the mechanical and electrical (M&E) design specialist for the project in April 2013. 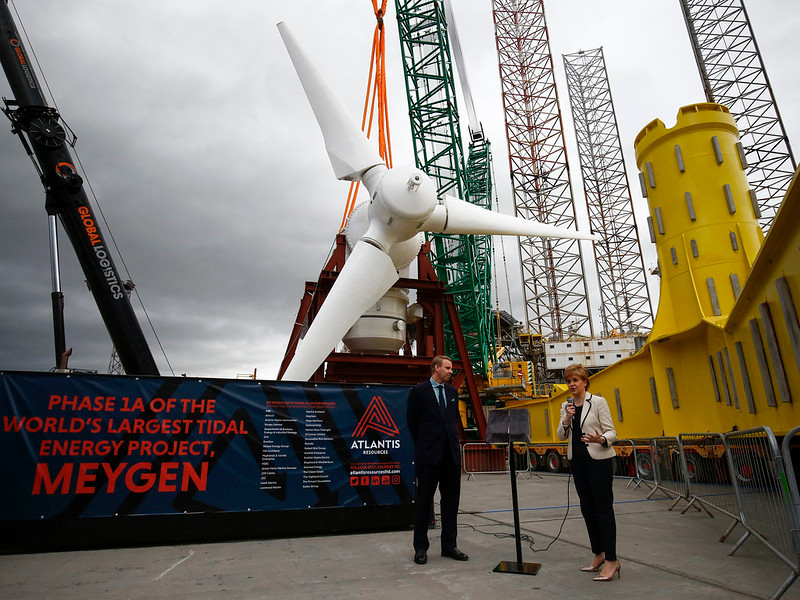