It is being developed as part of Indonesia’s 35,000MW power generation programme launched in 2015. Upon completion, it will be the biggest coal-fired facility on Sumatra Island and the biggest mine-mouth thermal power plant in Indonesia.

At full capacity, the Sumsel-8 coal-fired power plant is expected to generate up to 8.6 billion kilowatt-hours (kWh) of electricity a year, over an estimated project life of 25 years.

Construction works on the project started in June 2018, with commissioning scheduled for March 2022. The total investment on the project is estimated to be £1.25bn ($1.68bn).

The site is located 2km away from the Central Banko coal mine in Muara Enim, South Sumatra, Indonesia.

The plant will comprise two 660MW coal-fired units, each of which will be equipped with a super-critical boiler along with a high-efficiency steam turbine and a generator.

The plant will also be fitted with a flue gas desulphurisation (FGD) system to control emissions.

The Sumsel-8 power plant will consume up to 5.4 million tonnes (Mt) of coal a year, which will be sourced through a 1.5km-long enclosed conveyor belt from the Banko Tengah coal mine operated by PTBA in the Tanjung Enim area.

HBAP and PTBA signed a coal supply agreement for the plant in April 2018.

The electricity generated by the Sumsel-8 coal-fired power plant will be evacuated into the Sumatra grid through a new 45km-long, 500kV transmission line that will connect PLN’s substation at Muara Enim.

HBAP is responsible to construct the transmission line between the power plant and the Muara Enim substation.

HBAP had signed a power purchase agreement (PPA) with PLN to supply the entire power generated by the plant to Java, in September 2012.

Although the Sumsel-8 project was initially planned to be connected to the Sumatra-Java high-voltage direct current (HVDC) link, it was later decided to be linked to the new 500kV transmission network under construction in Sumatra.

The PPA was accordingly amended to divert the plant’s output to the Sumatra grid instead of the Java grid, in October 2017.

The Export-Import Bank of China agreed to provide a £937m (1.26bn) loan facility to HBAP  for the construction of the Sumsel-8 power project in May 2018.

The remaining £312m ($420m) is being provided by PTBA and China Huadian HongKong.

Inter World Steel Mills Indonesia provided the steel solutions for the Sumsel-8 coal-fired power project , while the key equipment including boilers, turbines and generators were supplied by contractors based in China.

Mutiara Indah Anugrah, a construction company based in Indonesia, was engaged to perform construction and installation works for the project in 2019.

The programme of 35,000MW production envisaged achieving 35GW of additional electricity generation capacity in Indonesia by 2019. Indonesia’s state-owned electricity transmission and distribution company Perusahaan Listrik Negara (PLN) will build power plants with a combined capacity of 10GW, while the remaining 25GW will be developed by IPPs.

The programme, however, witnessed slow progress due to delays in land procurement and licensing, as well as the COVID-19 pandemic. A total of 200 power plants with a combined capacity of just more than 8GW were commissioned as of June 2020.

The Indonesian government has reset the target of completing the programme by 2029. 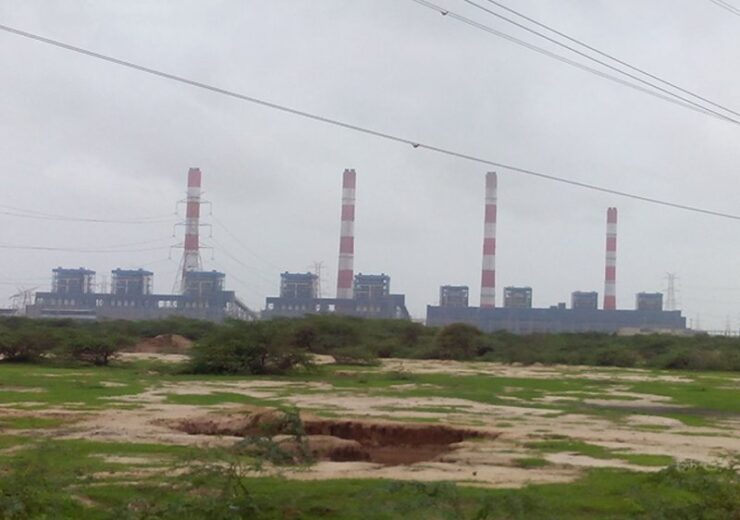