Sulphur Springs is a high-grade copper-zinc project being developed in the Pilbara region of Western Australia.

Definitive feasibility study (DFS) for the combined open-pit and underground development project was completed in October 2018, while permitting process is in final stages.

Venturex Resources is developing the project, which is estimated to produce an average of approximately 65,000tpa of 25% copper concentrate and 75,000tpa of 50% zinc concentrate. It is anticipated to have a mine life of 10.3 years.

Sulphur Springs and Kangaroo Caves deposits are classified as volcanogenic massive sulphide (VMS) zinc-copper deposits and are located within the central east of the Archaean Pilbara Craton.

The Sulphur Springs deposit is open at depth with along strike potential and offers significant exploration upside.

The Kangaroo Caves deposit lies approximately 7km south-east of the Sulphur Springs deposit and comprises a shallower dip of approximately 300m to the north-west.

Conventional open-pit mining methods will be applied at the mine, which includes drilling and blasting followed by hydraulic excavators (backhoe configuration) and rear dump trucks for extracting the ore.

Modified sub-level caving method will be applied to recover ore from the underground mine. A pattern of evenly spaced and sized rib pillars will be installed as part of underground mining.

The pillars will separate the primary (core) stopes connected by an overlying sill pillar, which separates the active mining area from the overlying mined out area. The underground mine will be accessed from a portal located at 1,200m below the surface.

Ore processing at the copper-zinc project

The Sulphur Springs project will include a 1.2Mtpa conventional sulphide flotation plant producing separate copper and zinc rich concentrates to achieve high mineral recoveries. It will consist of a mineral processing flotation concentrator with associated services and ancillaries.

Run-of-mine (ROM) ore from the ROM pad will be initially fed to the ROM bin and reduced to the desired ore size by a mobile rock breaker. It will be directed to the single toggle jaw crusher having a nameplate capacity of 1.25Mtpa.

The crushed ore will be forwarded to a grinding circuit consisting of a semi-autogenous grinding (SAG) mill in open circuit, followed by a ball mill operating in closed circuit with hydro-cyclones.

Ore will then be transferred to the flotation feed distribution box, with the resultant hydrocyclone overflow directed to either copper or to the zinc flotation circuits.

At the flotation circuit, chalcopyrite particles (copper-bearing minerals) will be separated from the sphalerite, pyrite and gangue minerals in the first stage to produce copper concentrate. The next stage will see the selective separation of sphalerite (zinc-bearing minerals) from the pyrite and gangue minerals resulting in the production of zinc concentrate.

Venturex Resources has signed a memorandum of understanding (MoU) to sell the first 230,000t of zinc metal produced at Sulphur Springs to Toho Zinc, a company based in Japan.

Power supply for the Sulphur Springs copper-zinc mine will be provided by a diesel–fired power station.

Haul road access to the sealed Port Hedland-Marble road has been constructed under an agreement with Atlas Iron.

Workers will be accommodated at the Spinifex Ridge accommodation camp, which was acquired from Moly Mines/Young Australian Mines in July 2018 for A$1m ($747m).

Northern Star Resources, a major shareholder of Venturex, provided an A$2m ($1.43m) unsecured loan in September 2018 for completing the definitive feasibility study (DFS) of the copper-zinc project in Western Australia.

Venturex has engaged BurnVoir Corporate Finance as financial advisor for the project. 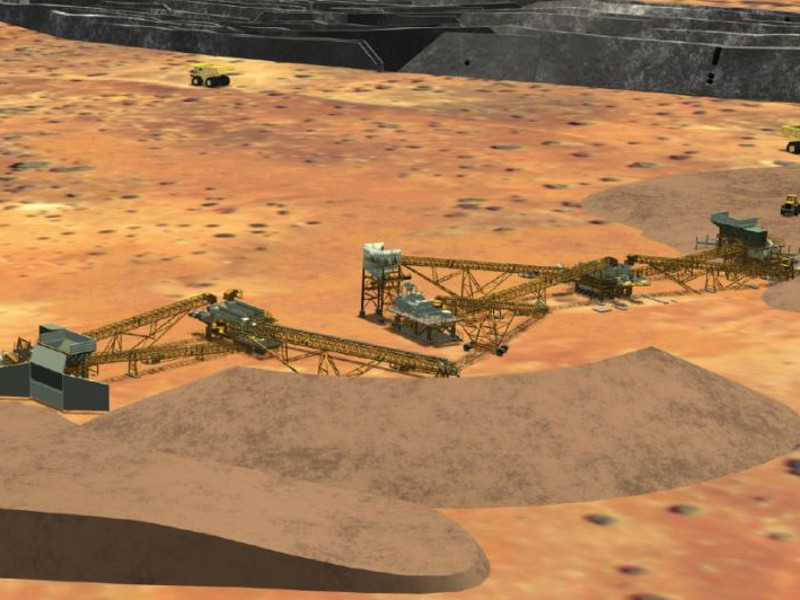