Pak Beng hydropower project is a 912MW run-of-river power project to be located on the mainstream of the Lower Mekong River in the Lao People's Democratic Republic. The run-of-river project will have an average annual energy production capacity of 4,765GWh.

Datang (Lao) Pak Beng Hydropower plans to develop the project with an investment of approximately $2.37bn.

The construction of the hydro-electric power plant will start in 2022 and is expected to be completed by 2029.

The reservoir capacity of the project will be 559 million m³ at a maximum water level of 340 metres above sea level (masl), while its back water length will be 97km.

The Pak Beng power plant’s dam site is located in the Pak Beng District in the Oudomxay Province, Lao PDR. Located 530km downstream from Jinghong Hydropower dam in China, Pak Beng dam will be the upper most dam among the planned hydropower projects on the mainstream of the Lower Mekong River.

The project lies 298m above the mean sea level, 258km upstream of the Xayaburi hydropower project and 174km upstream of Luang Prabang.

The social impact assessment of the project identified that 923 families with 4,726 people in 26 villages in the three provinces of Oudomxay, Xayabury and Bokeo in Lao PDR would be directly affected by the project.

The flood release structures of the plant will include outlets, and 14 discharging sluices of 15m-wide and 23m-high. A stilling basin will be created behind the sluices to dissipate the energy of water. Sand outlets will be built between every two generating units.

The powerhouse will integrate 16 bulb turbines with a design discharge capacity of 5,771m³/s. The main powerhouse will be 21m-long, while the space between the generating units will be 20.5m.

The navigation structure will allow for the navigation of 500t ships and will have space to upgrade the one-way one-step ship lock design into a double-way lock in future. The navigation lock will have a working head of 32.38m and a lock chamber of 120m-long, 12m-wide and 4m-deep.

The project will also involve the creation of a 1.6km-long and 17.2m-wide fish passage on the left side of the river. An observation room equipped with a counting, observing and trapping facility will be built downstream of the service gate.

Each of the 16 bulb turbines installed at the Pak Beng hydropower project will generate a maximum power of 57MW.

The plant is expected to produce 1,818GWh in the dry season from December to May and 2,947GWh in the wet season from June to November. Up to 90% of the power will be exported to Thailand, while the remaining 10% will be consumed in Lao PDR. 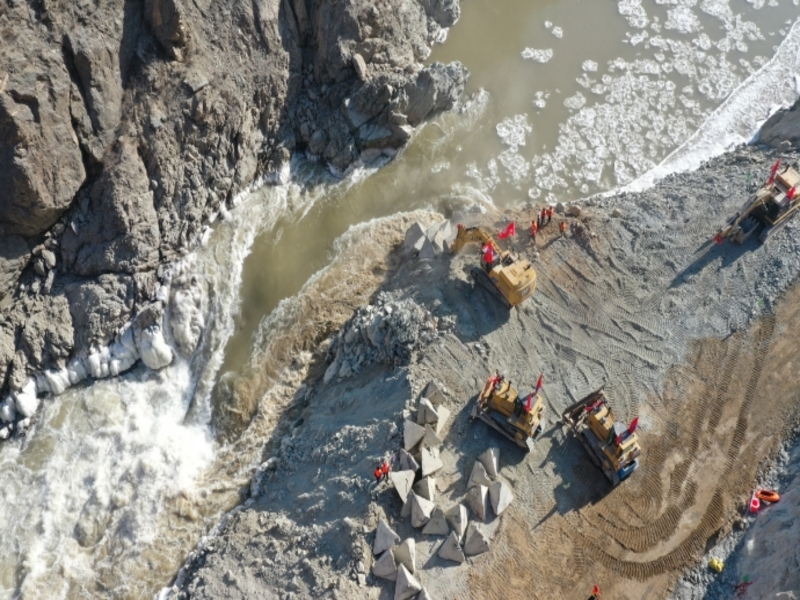