North Sea to UK and Germany

Norpipe is an offshore pipeline system that transports oil and gas produced from the Ekofisk field in the Norwegian part of the North Sea. It consists of an oil pipeline to Teesside in the UK and a gas line to Emden, Germany.

The Norpipe oil pipeline is owned by Norpipe Oil and is operated by ConocoPhillips. Commissioned in October 1975, it was the first oil export pipeline on the Norwegian Continental Shelf.

Gassled is the 100% owner of the Norpipe gas pipeline, while the Norwegian state-owned company Gassco is its operator. The gas pipeline was commissioned in September 1977.

The Ekofisk field was discovered in 1969 and is one of the producing fields in the Greater Ekofisk Area. The other fields, namely Eldfisk, Embla and Tor II, are also tied to the Norpipe pipeline system.

As of December 2021, the Ekofisk field produced a total of approximately three billion barrels of oil since it began operations in 1971.

The Norpipe oil pipeline is a 354km long pipeline with an external diameter of 34in. It has a capacity to deliver approximately 830,000 barrels of oil per day.

The UK side of the oil pipeline is equipped with a Y-connection, located approximately 50km away from the Ekofisk field, to connect a 24in pipeline to the oil pipeline. The Y-connection provided tie in for several UK fields, including J-block, Valhall, Hod, Ula, Gyda, Fulmar, Halley, Flyndre and Stella.

The Norpipe offshore gas pipeline is a 443km long pipeline, with an external diameter of 36in, between the Ekofisk complex and the Emden terminal in Germany.

The pipeline was tied back to Statpipe, which transports rich gas produced at the Statfjord field in the North Sea to Gassco-operated Kårstø processing plant north of Stavanger in Norway, in 1985.

The infrastructure at the Norpipe oil transport system included the Ekofisk 2/4 P pumping platform along with two booster platforms 36/22 A and 37/4 A for oil supply to the UK.

The booster platforms were shut down in 1983 and a new line was re-laid in 1994 to directly pump oil to Teesside from the 2/4 P platform.

The oil receiving terminal in Teesside is located at the Sea Sands, on the bank of River Tees in Middlesbrough. The terminal consists of the main processing and the tanker loading facilities, situated on a 285-acre site.

The other infrastructure comprises a stabilisation section, a natural gas liquid (NGL) division, crude oil and NGL storage tanks along with a shipment port. A tank farm consisting of nine storage tanks with a capacity of 750,000 barrels each is used to store the crude oil for shipment.

The Teesside oil and natural gas liquids terminal is operated by ConocoPhillips.

The Emden terminal receiving gas through the Norpipe pipeline has a daily capacity of 34.1 million standard cubic metres. It is a new terminal that replaced the previous Norsea Gas Terminal (NGT) in May 2016.

The Greater Ekofisk area lies approximately 300km southwest of Stavanger city in the southern North Sea. The water depth in the area ranges from 70m to 80m.

ConocoPhillips commenced production from the Tor II project, a redevelopment of the Tor field, in December 2020.

Total production from the area reached six billion barrels of oil equivalent in December 2021, since it started producing in 1971.

The Greater Ekofisk Area currently has around 30 manned and unmanned installations in operation.

Linde Engineering Dresden was awarded an engineering, procurement and construction (EPC) contract for the new gas receiving facility in Emden.

AF Decom Offshore was contracted to remove B11 and H7 compressor installations.

Swire Blue Ocean was subcontracted to provide the jack-up vessels to remove H7 compressor installation in the German part of the North Sea, whereas Deep Ocean was responsible for subsea operations of the project.

Subsea 7 was selected for subsea installation and welding activities to deploy a bypass around the B11 compressor platform. 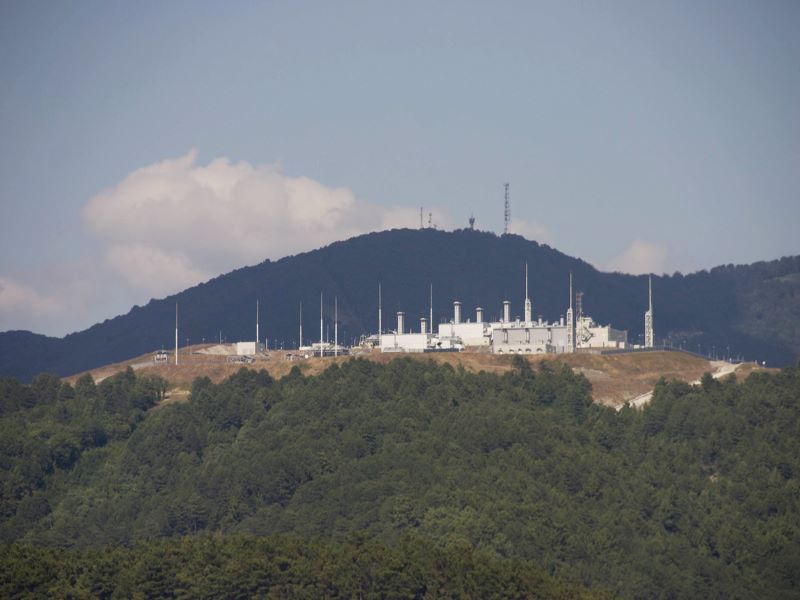