The Norfolk Vanguard is a 1.8GW wind farm planned to be developed in the southern North Sea, off the coast of Norfolk, UK.

Swedish state-owned energy group Vattenfall proposes to build and operate the wind farm along with the 1.8GW Norfolk Boreas wind farm in the Norfolk offshore zone.

Construction works on the Norfolk Vanguard offshore wind power project are expected to start in 2023. Upon commissioning, the wind farm is expected to generate enough clean electricity to power up to 1.95 million UK households and offset three million tonnes (Mt) of carbon dioxide (CO2) emissions a year.

Vattenfall has proposed to install up to 158 wind turbines for the Norfolk Vanguard offshore wind power project.

The 1.8GW wind farm is expected to use SG 14-236 DD offshore wind turbines being developed by Siemens Gamesa.

Designed to operate in high-wind offshore locations, each SG 14-236 DD turbine will have a 236m-diameter rotor and a swept area of 43,500m2. It will produce up to 15MW of electricity.

The annual energy production (AEP) capacity of the SG 14-236 DD turbine will be 30% higher than the commercially available SG 11.0-200 DD offshore wind turbine.

Siemens Gamesa produced first power from its SG 14-222 DD prototype turbine at the Østerild wind turbine test centre in Denmark in December 2021. It plans to install the SG 14-236 DD prototype in 2022 and start serial production of the turbine in 2024.

The electricity generated by the Norfolk Vanguard offshore wind farm will be gathered and transmitted through 66kV inter-array cables to one of two offshore substations located at the wind farm site.

Further, the electricity is planned to be transmitted through a high-voltage direct current (HVDC) line to an onshore substation where it will be converted into high-voltage alternating current (HVDC) before being fed into the UK’s National Grid network via the existing 400kV Necton substation.

Siemens Gamesa was selected as the preferred supplier of wind turbines for the Norfolk Vanguard offshore wind farm in November 2021. The scope of the agreement also includes a multi-layer service agreement for the turbines.

A consortium of Aker Solutions and Siemens Energy was selected to provide the HVDC converter infrastructure for the grid connection of the Norfolk offshore wind power project in February 2021.

Headland Archaeology was contracted to perform a magnetometer survey along the onshore cable corridor for the proposed project, whereas RSK Consents Solutions was hired to secure the landowner agreements for the onshore cable route and preliminary investigation works for the project in February 2021.

Fugro was engaged to perform geotechnical investigations for the project in 2020.

Womble Bond Dickinson, a law firm based in the UK, was appointed to secure the DCO and advise on the pre-application and judicial review processes for the project.

Royal HaskoningDHV, a consultancy firm based in the Netherlands, prepared an environmental impact assessment (EIA) scoping report for the project in 2016. 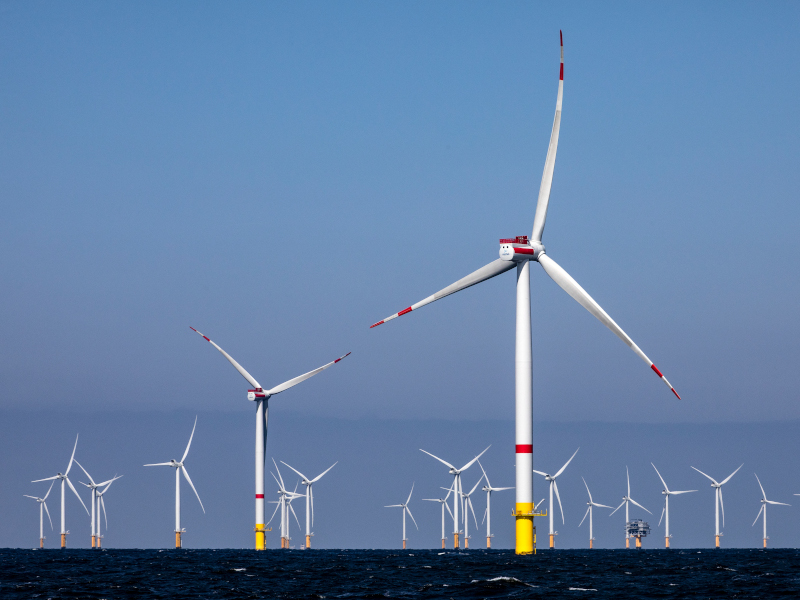