Eliwana iron ore and rail project is located near the port of Hedland in the Pilbara region of Western Australia. Fortescue Metals Group (FMG) is developing the project with an investment of $1.27bn.

Eliwana project is estimated to have an annual production rate of 170 million tons (Mt) through its anticipated mine life of 20 years. It involves the construction of an open-pit mine, a dry ore processing facility with a capacity of 30Mtpa, and a 143km rail line.

Definitive feasibility study (DFS) of the project has been completed, while the next phase involves the detailed design. The company is also currently working on securing approvals for two public environmental reviews and a mining proposal.

FMG anticipates producing first iron ore from Eliwana in December 2020. The project is expected to create 1,100 construction and 650 operational jobs.

The Eliwana iron ore project is located approximately 90km from Tom Price and 120km from the Solomon project in Pilbara. The proposed area is located on the southern limb of the Jeerinah anticline within the Hamersley Province, which extends over more than 80,000km².

The project comprises a narrow zone, which is believed to have formed along with the mineralized Brockman and Marra Mamba Iron Formations. Tertiary sediments occur in the valley separating the outcropping formations.

Mineralization predominantly occurs as bedded iron deposits (BID) with some detrital iron deposits (DID). It is distributed variably within an area of approximately 40km along strike and 3.5km across strike. Mineralization occurs at surface and extends to depths of 350m below surface.

The Eliwana iron ore project is estimated to contain 213 dry metric tons (dmt) of proven and probable ore reserves, with iron grades of 60.1%, as of June 2018.

Conventional open-pit mining method, involving drill and blast in addition to load and haul, will be applied at Eliwana. Ore will undergo primary crushing before being forwarded to the ore processing facility (OPF) through an overland conveyor.

The OPF is designated as a dry plant and will consist of two plant areas for crushing and screening.

Coarse ore feed from the primary crusher will be screened in the screening plant, while the vibrating screens will separate ore by size. Large sized ore will be sent back to be re-crushed to the required size.

The final processed ore will be stored in the stockyard area before being forwarded to the train load-out facility, where it will be loaded into individual ore cars.

The rail project will transport the iron ore produced by Eliwana to Fortescue’s Herb Elliott port in Port Hedland. An inter-operable heavy haul rail spur will be constructed for the ore transportation.

The Eliwana iron mine and rail project is currently accessed from Tom Price using a combination of public and private roads. Eliwana mine development envelope (MDE) is also proposed to be connected to the North West Coastal Highway by a new 130km road.

Water for the mining activities will be sourced from a combination of mine dewatering and water supply bore fields.

Power supply for the mine is proposed to be sourced from the company’s existing Solomon power station via a new 132kV overhead transmission line.

NRW Holdings was awarded a $57m contract for stage-one site preparation, earth, and road works for the Eliwana rail project. 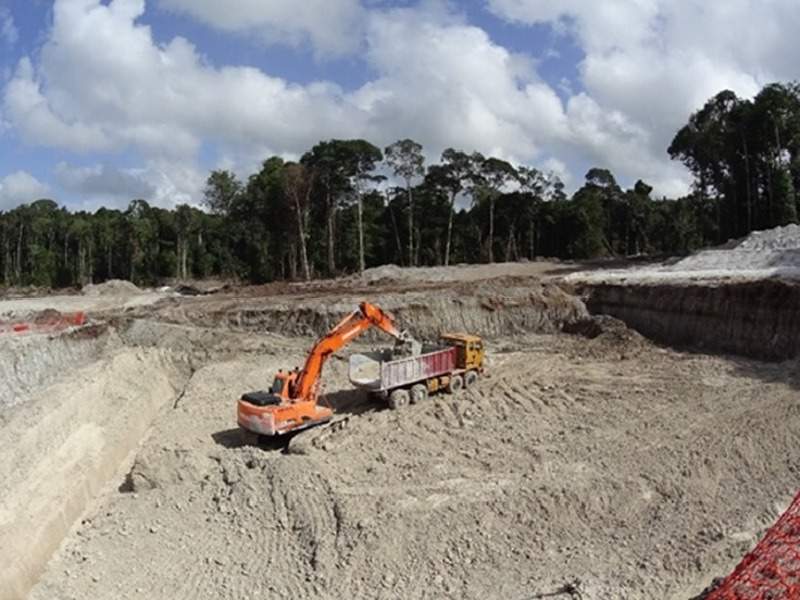