Kineticor Resource is developing the project in partnership with Ontario-based pension fund OPTrust, Axium Infrastructure, and DIF Capital Partners. Kineticor is responsible for the development, construction, and operations management of the Cascade power plant on behalf of the project partners.

Kineticor and its partners achieved the financial closure on the £865m (C$1.5bn) Cascade power project in August 2020. Macquarie Capital acted as the exclusive financial advisor and debt arranger to the partnership.

The construction works on the project were started in the same month with commissioning expected in 2023.

The Cascade power project is expected to be the largest combined-cycle power plant in Alberta. By emitting approximately 62% less CO2 equivalent per MWh compared to the coal-fired generation facilities, it will also help the Canadian province to move towards clean electricity generation.

With an estimated useful life of 30 years, the Cascade power plant is expected to generate enough electricity to power up to 900,000 homes annually, accounting for approximately 8% of Alberta’s average electricity demand.

The project is expected to create approximately 700 construction jobs and more than 20 full-time jobs during operations.

Kineticor conducted a pre-construction geotechnical investigation for the project in May 2018 and submitted a development application to the Alberta Utilities Commission in March 2019.

The Alberta Utilities Commission approved the project in November 2019 and Kineticor received other key approvals for the project by February 2020.

The Cascade power project is being developed in two phases with each phase involving a 450 MW combined-cycle unit.

Each combined-cycle power train will comprise an SGT6-8000H gas turbine, a steam turbine, and a heat recovery steam generator (HRSG) from Siemens in a single-shaft configuration.

The SGT6-8000H air-cooled gas turbine is designed to provide a maximum power output of 460 MW and an efficiency of 61% in combined cycle operations.

The power island for each unit will measure approximately 50m x 50m and will also house an air-cooled condenser and generator step-up transformer (GSU). Each power island will have a 5m-long and 7m-wide underground wash water drain tank to collect water from the compressor wash which will be hauled off-site periodically for disposal.

The Cascade combined-cycle power plant is estimated to require approximately 145 million cubic feet (Mcf) of natural gas a day which will be supplied by local gas producers through a high-pressure supply line connecting the plant site.

A 7km long tie-line of 12 to 16-inch diameter to Nova Gas Transmission will also be constructed as a back-up gas supply line for the project.

The Cascade power plant will connect to AltaLink’s Bickerdike substation via three 240kV transmission lines, each stretching approximately 1km-long starting from the approved Whisky Jack substation which will be located within the project area.

In order to accommodate the transmission from the Whisky Jack substation, the Bickerdike substation will require upgrades including the installation of four new circuit breakers.

BPC, a joint venture between PCL Construction and Overland Contracting Canada, a subsidiary of  Black & Veatch, is the engineering, procurement, and construction (EPC) contractor for the Cascade combined-cycle power project.

Siemens will supply the SGT6-8000H gas turbines, steam turbines, and heat recovery steam generators for the plant. It will also be responsible for the long-term service of the power generating equipment.

Long-term natural gas supply contracts have been signed with Peyto Exploration and Development and Cutbank Dawson Gas Resources, a subsidiary of Mitsubishi Corporation. 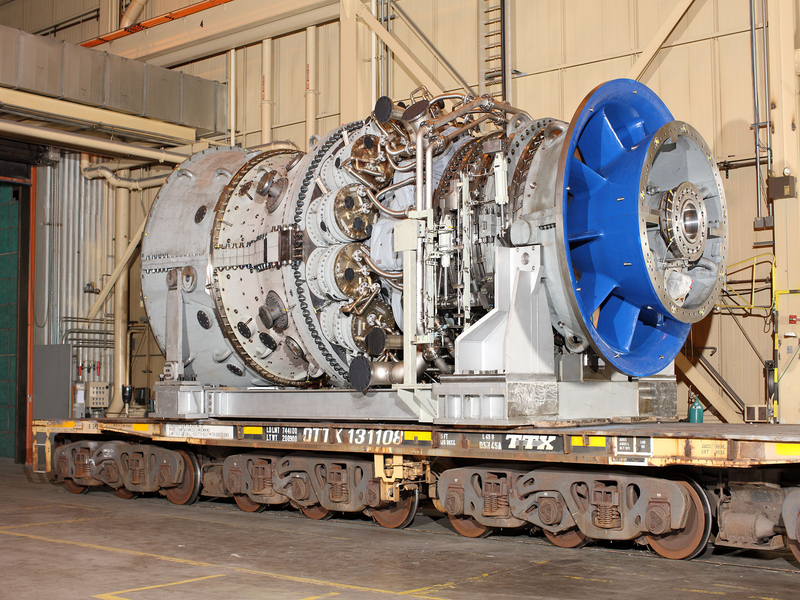