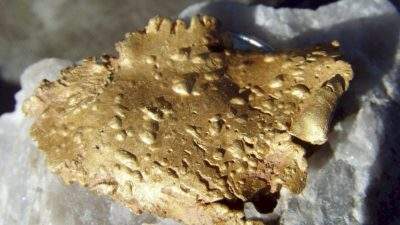 The Mine is located south of Matheson, Ontario. The Letter of Intent also includes the acquisition of an affiliate of the Seller (the Royalty Holder) that holds certain royalty interests in the Mine.

Rogue president and CEO Sean Samson said: “Rogue has spent considerable time searching for and analyzing opportunities against our stated criteria of successful projects having grade, in a late stage of development with a clear path to cash flow and situated in a jurisdiction where we want to work.

“Rogue believes that Golden Arrow delivers on each of these criteria and we are excited by the potential of the Mine.”

The Letter of Intent

Under the terms of the Letter of Intent, and subject to applicable TSXV approvals, the Seller has agreed to sell VGM and the Royalty Holder to Rogue (the “Acquisition”) for the following consideration:

Additional cash payments of an aggregate of $1.0m ($0.77m) following Closing upon the achievement of certain milestones;

Additional Common Shares with an aggregate value of $1.25m ($0.86m) at issuance during the Payment Period;

Net Smelter Return Royalty (NSR) of 1% granted on all additional production from the Project.

Sean Samson said: “We believe this is an excellent opportunity for Rogue and its shareholders.”

The Golden Arrow Mine

The Golden Arrow project consists of more than 700 hectares, consisting of a combination of patented and staked mining claims. The current and permitted Mine is located wholly within patented claims. The Mine is close to existing infrastructure, within 2km of paved highway and 1.5km of grid power.

All permits to begin mining have been secured for the Mine to produce up to 600 mineralized material tonnes per day. In 2014-2015, a bulk sample was taken from the Mine and processed between two local mills and there are multiple toll milling options within 100km of the Project. Opportunities exist to begin gold production in the initial year of operations from surface stockpiles and exposed mineralized material within the current Mine.

The Company is developing its project finance strategy, likely to be split between an equity component, open to existing and new investors, in addition to a larger, discrete Project Financing with new financing partners.  The Project Financing may include issuances of equity and debt, as well as royalty and streaming / gold forward sale components.

Next Steps on Golden Arrow

Pursuant to the Letter of Intent, Closing is expected to take place in December this year conditional upon, among other things:

Confirmatory due diligence by the Company;

Execution of a definitive agreement based upon the terms of the Letter of Intent;

Arrangement and finalization of arrangements with a contract operator and toll miller(s);

Negotiation and finalization of Project Financing arrangements; and

The approval of the TSX Venture Exchange.

Update on the Quartz Business

The Company plans to generate quartz sales from the Snow White Project in Ontario, likely supplying into the lower-volume specialized end-use market (see May 23, 2017 press release for an explanation of the end-use markets).

Rogue expects to make final logistics arrangements, including road and rail transportation, in Q4 of this year.  If the Company makes a Production Decision on Snow White it will be disclosed to investors (as required by Companion 43-101CP, Policy 4.2(6)).

Last week’s provincial election in Quebec may lead to progress with respect to the Company’s Silicon Ridge Project. Rogue is encouraged by the government-elect’s stated policy on mining projects, which includes that the “Start-up of mining projects will be accelerated—environmental requirements will remain, but approval will be accelerated and regrouped within a single process.”

The Company has not received any update from the Ministère des Forêts, de la Faune et des Parcs (the MFFP), since the MFFP delayed the Silicon Ridge Project last year and again this year and advised that ‘additional analysis’ would be completed by the MFFP in ‘Autumn 2018’.