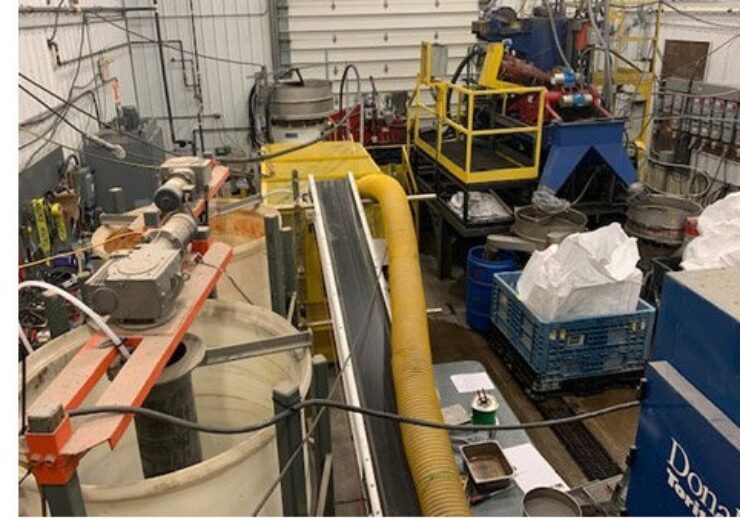 Piedmont Lithium Limited (“Piedmont” or “Company”) is pleased to announce that it will partner with SGS Canada, Inc. (“SGS”) in Lakefield, Ontario to complete a pilot-scale spodumene concentrator testwork program using a bulk sample collected from the Piedmont Lithium Project in North Carolina.

The Company collected over 50 tonnes of mineralized pegmatite from 17 locations across the Company’s Core Property in February 2020. Samples were collected from near surface pegmatites located in areas of early, middle, and late year production.

The pilot plant design will be based on the results of prior testwork programs and will be used to support both definitive feasibility study of the Company’s planned concentrate operations as well as detailed design engineering of the full-scale operations.

The pilot program will target production of a large sample of spodumene concentrate with at least 6.0% Li2O and less than 1.0% Fe2O3 for use in future pilot-scale lithium hydroxide testwork programs that Piedmont will complete as part of Definitive Feasibility Study of the Company’s planned integrated lithium chemical plant.

The pilot scale testwork is viewed by the Company as a critical step in ensuring future commissioning and ramp-up success. Additionally, the bulk sample collected targeted a range of potential concentrator feed conditions, including low-grade zones and diluted feed. Testing variable conditions rather than an optimized feed will help inform engineering design and eliminate potential operational bottlenecks during the project design phase.

Keith D. Phillips, President and Chief Executive Officer, commented: “We are pleased to continue our partnership with SGS Canada on this important pilot-scale testwork program, which will underpin our upcoming definitive feasibility study as well as future detailed design engineering of our spodumene concentrator. The program will enable Piedmont to complete future lithium hydroxide testwork programs and also supply large samples of spodumene concentrate to our key customer, Tesla, for their own testing purposes.”

Rio Tinto advances to next stage of agreement