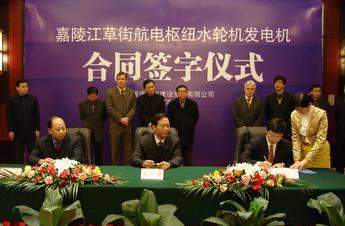 The US$61.5M order is for the supply of four vertical Kaplan turbines, each with an output of 128MW.

Caojie hydro power project is situated on Jialing river, and its commissioning is scheduled for the year 2010.