VA Tech Hydro has announced that the first Ecobulb units with an output of 1MW have been commissioned in Paullo, near Milan, Italy. The two units, ordered by STE Energy, each has a runner diameter of 2600mm and a nominal speed of 150rpm. 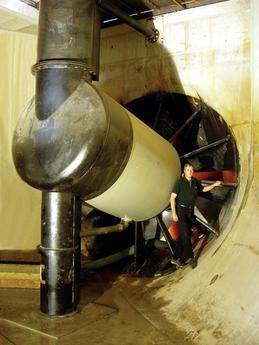 The Ecobulb concept for small-scale hydro power plants developed by VA Tech Hydro is based on bulb turbines with direct-driven generators. An industrial prototype has been in successful trial-operation at Aubas in France for 18 months, allowing an increased energy generation by 10% in this plant.

Additional units with outputs up to 4MW are under construction for projects in France and Canada.

The Ecobulb range covers heads between 2m and 15m and outputs between 500kW and 5000kW.