SolGold has gold and copper mining-related operations in Ecuador, Australia, and Solomon Islands 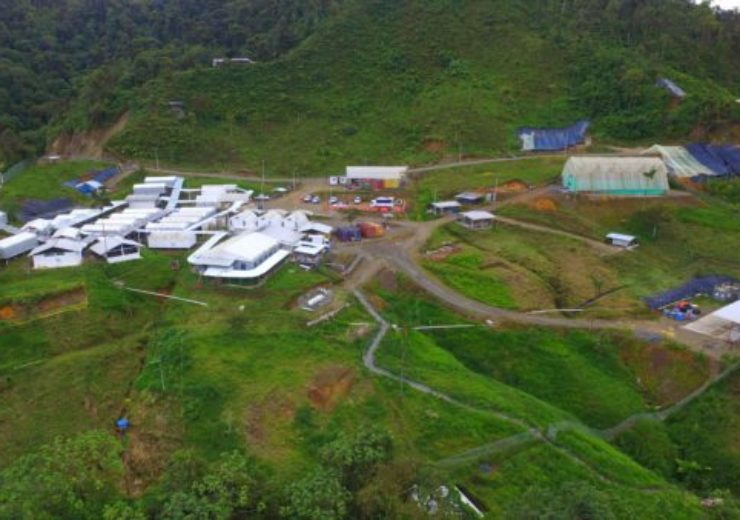 SolGold is an owner of the Alpala Project in Ecuador. (Credit: SolGold)

In this connection, the Australia-based Newcrest Mining has hired investment bank RBC Capital Markets to take up the task, reported Reuters citing two unnamed sources. It is learnt that the Australian mining major has been opposed to a fundraising initiative by SolGold, which was proposed last month.

In May 2020, the gold and copper mining company signed a $100m net smelter returns financing (NSR financing) deal with Canadian gold-focused royalty and streaming company Franco-Nevada. The agreement has an option to upsize the financing to $150m at SolGold’s election, with reference to its Alpala copper-gold project and the remainder of the Cascabel gold-copper porphyry license in northern Ecuador.

However, Newcrest Mining is yet to arrive at any decision whether it is to sell or buy more stake in the company, reported the publication citing sources who are familiar with the development.

SolGold has also been looking to acquire Canadian miner Cornerstone Capital Resources in an all-stock transaction. The company has already issued two offers to the Canadian miner, which is also its partner in the Alpala Project.

Located in the Imbabura province in Ecuador, the Alpala Project is a copper-gold porphyry deposit, which is yet to be developed.

The copper-gold porphyry project is owned by Exploraciones Novomining in which SolGold has an 85% stake, while Cornerstone Capital Resources owns the remaining 15% stake.

SolGold has gold and copper mining-related operations in Ecuador, Australia, and Solomon Islands. Its major shareholders apart from Newcrest Mining are BHP and Franco-Nevada.